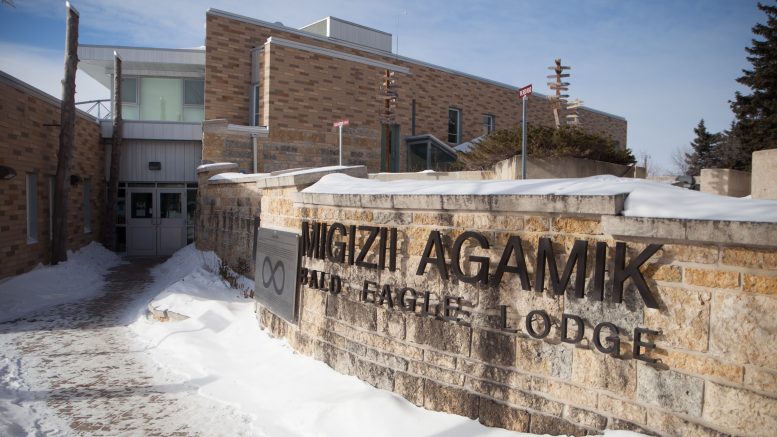 The number of Inuit students at the U of M remains considerably lower than First Nations and Métis populations on campus.

Since 2010, the number of self-declared Inuit students on campus has ranged from eight to 21. In fall 2019, the U of M had 2,607 self-declared Indigenous students, with only 21 identifying as Inuit.

Desiree Morrisseau-Keesick, lead Indigenous student recruitment officer at the U of M, said in a statement that the university has not seen a significant increase in the Inuit student population despite “steady interest and applications.”

She cited the Nunavut high school curriculum’s incompatibility with U of M requirements as a key reason for this.

“If a student is interested in [U of M] they usually need to plan for it starting in Grade 9 to 10 so that they can ensure they take the proper courses needed,” she said.

The U of M last sent student recruitment to Nunavut in 2018. Currently, the university works with high school counsellors to schedule one-on-one online meetings with prospective students.

Jenelle Sammurtok, a student support worker at the Manitoba Inuit Association (MIA), said she believes that the higher drop-out rate of Inuit students is due to their coming from remote communities.

The move to the city has students leaving their families and often coming to Winnipeg alone.

“I see them missing their traditional food, also their cultural aspect of not being at home, like their families, not having to go out on the land,” said Sammurtok.

“The differences between here and there is that here you have buses, you have shopping malls […] back home you don’t have any of that, so you’re coming from a really remote community, and then coming to a place where you have all of these different things.

“The University of Manitoba campus is big —  it’s probably as big as one of the communities — so here you’re coming and then you’re distracted by […] obstacles that aren’t up north.”

The U of M connects with the Manitoba Inuit Association (MIA) to support students through events and open houses that incorporate Inuit culture.

The MIA also offers a mentorship program for students, created in 2018. It offers traditional foods to students, like Arctic char and bannock, and various classes such as creating mittens and jewellery.

The program also takes students around the city to places that have Inuit culture.

“Our key goals are just making sure that the students are staying in school, and that we’re there to assist them,” said Sammurtok.

“Increasing the numbers, and helping them access the funding that they need, or if they just need someone to talk to, […] or to be just around other Inuk, then that’s what we’re here for.”

Nicole Luke, a current graduate student in the faculty of architecture at the U of M and MIA board member, said that Inuit people coming to Winnipeg face unique challenges.

“Being in Winnipeg is maybe more challenging than other cities for Inuit coming for post-secondary, or even living in Winnipeg,” she said, “because it is the homeland of the Métis Nation, and there is a higher population of First Nations, which is great and that’s kind of what I’ve mostly been exposed to in terms of culture.”

Luke, who was born in Yellowknife and has family residing in the southern Nunavut communities of Chesterfield Inlet and Rankin Inlet, said that despite the small size of the U of M’s Inuit population, the broader Indigenous community has been welcoming.

“Being an Indigenous student in general, [Migizii Agamik] is one of the more favourite spots I’d say, and safer spots for Inuit students,” she said.

“I love going up to that building, it just has such a great atmosphere and the workers are the best.”

Luke said she would like to see the university bring in more Inuk artists, designers and guest speakers to share their sides and stories with staff and students.

MIA executive director Rachel Dutton said the U of M has only developed a partnership with the MIA in recent years, but has since allowed Inuit students and student support staff to be in the academic world among various faculties.

“The U of M brings a lot of partnership to this program, to the degree that we continue to have those conversations in terms of how U of M can make its own investments, particularly in our Inuit students,” she said.

Dutton and the MIA are working with partners at the U of M to bring a program to Manitoba, which Ottawa has developed called Nunavut Sivuniksavut (NS).

“It’s an exceptional two-year program specific to Inuit coming out of Arctic communities […] having graduated from high school,” Dutton said.

She noted that in order to make students eligible for applications to universities across Canada, science and technology-related programs in the students’ home communities are having to be upgraded.

The NS program is designed to be a culturally-based program that incorporates language and Inuit instructors to upgrade university entry requirements.

It was created in 1985 and has been a success for Inuit students transitioning from high school to post-secondary education in Ottawa.

“I took one of their representatives on a tour of the NS school about two months ago.”

“We’ll be continuing to sort of foster those next steps with the U of M.”

Come to the cabaret