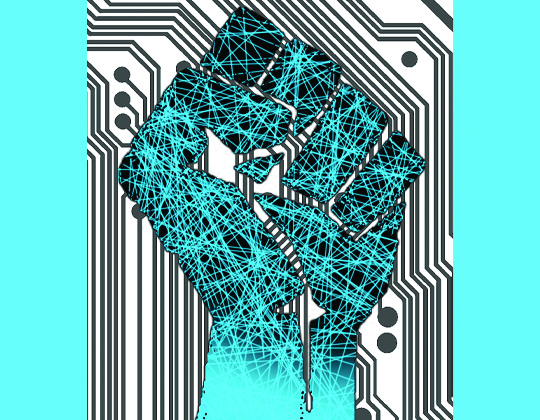 In the wake of recent controversy, it is clear that tech companies still do not understand the seriousness of the space in which they operate.

The presumed reasoning behind the suspension was due to Neiwert’s cover photo: the cover of his most recent book, Alt America: The Rise of the Radical Right in the Age of Trump. The cover features the stars of the American flag, which are topped by hoods of the Ku Klux Klan.

In a similar vein, YouTube recently rolled out a series of blanket bans in an attempt to rid the platform of hateful content. This crackdown eventually led to the deletion of many educational videos and channels regarding the Holocaust.

This included an entire channel run by California State University’s Center for the Study of Hate and Extremism and clips of Hitler’s speeches put up by academics who focus on the study of the Second World War.

These channels and videos were only reinstated after prominent media organizations inquired about the reasoning behind the bans.

It is not difficult to understand why the approach taken by Twitter, YouTube and similar organizations in response to the rise of white supremacy is hollow. It is because while algorithms have promptly forced historical videos off the platforms, truly hateful content remains unscathed.

People who profit off of revenue made by putting out content for the sole purpose of inciting hate continue to be given a gigantic platform to do so.

Far-right extremist Ben Shapiro uses both Twitter and YouTube to carry his message of hatred far and wide.

This is why when a white supremacist killed six people who were worshipping inside of a Quebec mosque in 2017, it was revealed that, in the month prior, the shooter had visited Shapiro’s Twitter feed 93 times.

The shooter had similarly visited the feeds of many other conspiracy-peddling, hate-mongering white supremacists, many of whom continue to remain on either or both platforms to say what they please.

Given the disturbing reality, it is clear that media platforms like Twitter and YouTube must change considerably. This begins with a reassessment of what these companies have become.

Twitter itself has grown into such an important platform that it is used by an American president to introduce domestic and foreign policy, and by opposing countries to threaten war.

The present-day reality is that the days of hastily thrown together rules and policies related to hate speech and of faulty, unreliable algorithms cutting it are gone.

The solution must be multifaceted to its core.

Gone are the days where YouTube can hide behind the number of hours of video on its platform, and similarly Twitter and Facebook with the volume of tweets and posts. These companies are no longer the startups run from tech geeks’ basements they once were. Rather, the parent companies of YouTube and Google, Facebook and Twitter posted revenues in excess of US$136, $55 and $3 billion respectively in 2018.

If these companies truly intend to combat the horror that is white supremacy, while leaving historical content alone, they have all the resources in the world at their fingertips to do so.

Some combative approaches would include allowing scholars and legal experts to debate the issue of hate content and to draft an entirely new code of conduct. Platforms cannot continue to enforce archaic rules which are entirely self-serving.

Further, media companies must hire and rely on a multitude of journalists to assess cases of hate speech, rather than primitive algorithms which are not even approaching the line of being sufficient.

These solutions, however, would certainly affect the bottom line which is almost assuredly the reason they have not been adopted in the first place. Shareholders will never make strides to improve the treatment of society’s most vulnerable when the profit from far-right hatred is lining their pockets.

This is why countries with a large influence on the international stage must force social media platforms to the correct position. Human life depends on it.

Viruses: Are they alive or zombies of the microscopic world?