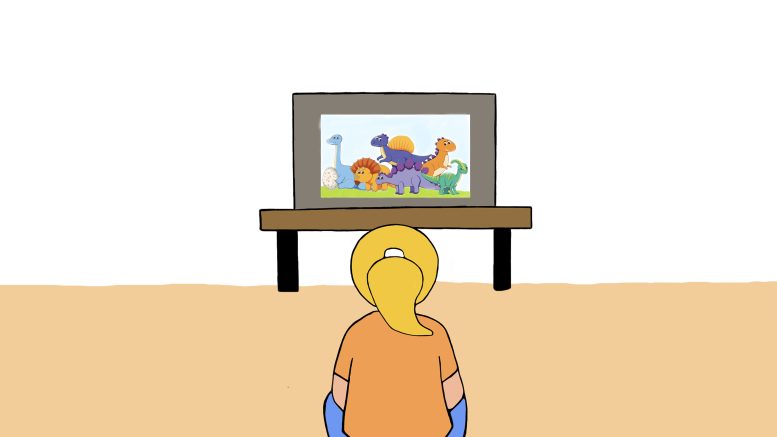 Humans have been enjoying science entertainment since ancient times.

An early form of this type of entertainment was the science fiction story. Arguably, the first science fiction tale was written in Greek by Lucian of Samosata, titled True History, or True Story in 2 CE. It is a now-typical first encounter story with extraterrestrials and space exploration.

The rise of cinema in the late 1800s provided a new medium for this type of content. Georges Méliès’s 1902 film called Le Voyage dans la Lune, translated as A Trip to the Moon, is possibly the first science fiction movie.

Like True History, A Trip to the Moon is a journey to the moon with extraterrestrial encounters.

The 1993 movie Jurassic Park is about a theme park filled with dinosaurs. In the film, the dinosaurs were brought back from extinction by making clones with ancient DNA.

Many children’s movies and television shows feature dinosaurs, such as The Land Before Time (1988), Ice Age: Dawn of the Dinosaurs (2009) and The Good Dinosaur (2015). Some movies may have used real-life prehistoric events as inspiration for plot devices.

The 2000 movie Dinosaur is a story about a dinosaur whose family home was destroyed by meteorites. This is reminiscent of the asteroid that many scientists believe caused the extinction of the dinosaurs.

Dhuranka Wijesinghe, a U of M biology graduate and aspiring paleontologist, grew up watching dinosaur movies like Jurassic Park with his cousins.

“I used to have colouring books and picture books of dinosaurs,” Wijesinghe said. “There was a time in my third, fourth grade where everyone in the class was interested in dinosaurs and things like that, and then slowly I sort of moved to documentaries. Both animal and dinosaur documentaries, and this was before I used to have internet.”

Wijesinghe said that where he grew up in Sri Lanka, movies were one of the only ways that some of his peers learned about paleontology and dinosaurs. He feels that it is important to stimulate the curiosity of young people regarding the sciences, so that they will not lose interest.

Eventually, Wijesinghe went on to study biology at the U of M. He graduated in Winter 2022, and plans to travel to either Alberta or Ontario for his master’s in paleontology.

To gain research experience, Wijesinghe collaborated with a master’s student who was studying microvertebrates, a very small fossilized vertebrate. He took up tasks like sorting fossil samples.

Even as an adult, Wijesinghe still continues to enjoy dinosaur-related entertainment. He recently visited the town of Morden, Man., to see Bruce the Mosasaur, the largest Mosasaur fossil on display in the world.

Wijesinghe often watches PBS Eons, a YouTube channel about prehistory, produced collaboratively with PBS digital studios. He praises the program for making advanced paleontology research accessible. The videos are brief, usually no more than ten minutes, and each is focused on a single narrow topic.

“I love the content,” Wijesinghe said. “The way they showcase the content is very accessible to anybody. You don’t have to necessarily have a very big mind.”

One of Wijesinghe’s favourite dinosaurs is Spinosaurus. Since the genus has an obscure fossil record, he was pleased to find out that PBS Eons covered the topic. He hopes to research this genus as a paleontologist.

Wijesinghe first became interested in Spinosaurus after watching Jurassic Park 3. He was inspired by a fight scene in which a Spinosaurus battled a Tyrannosaurus Rex.

This demonstrates that childhood exposure to science fiction has the potential to turn into a research interest.

Like many paleontologists, Wijesinghe thinks he may be a university professor someday. However, he does not see teaching as a burden and said he would be excited to have students of his own.

Wijesinghe’s lifelong passion for dinosaurs, which began by watching Jurassic Park, is the motivation behind his career choice.

“I do all this because I enjoy it,” he explained. “For your career, you want to do something that you actually enjoy.”

“You’re going to live most of your life working, so you don’t want to bore yourself to death.”

The dual life of forest fires

Anatomy of a theory