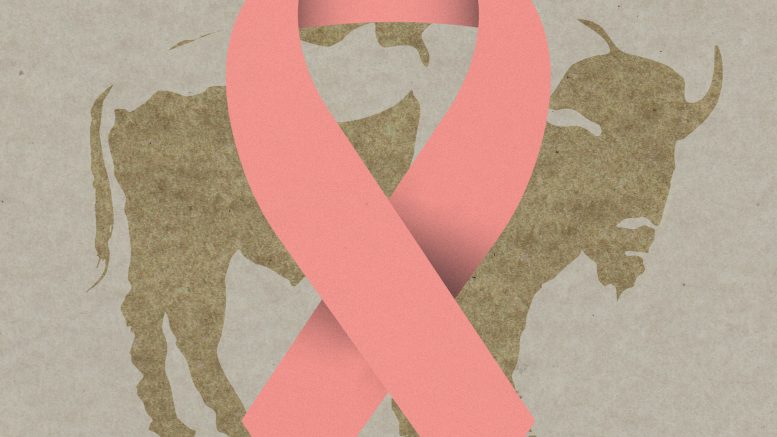 Approximately one in eight cisgender women will be diagnosed with breast cancer at some point in their life.

In 2020 alone, over 2 million were diagnosed with breast cancer and 685,000 died from the disease. In the past five years, there were 7.8 million people living with breast cancer, making it one of the most prevalent types of cancer worldwide.

The impact of breast cancer is a growing issue, prompting research organizations to encourage independent academic research projects with the aim of ensuring a better future for affected individuals. This has brought about increased breast cancer innovations in recent decades.

Among those leading innovative research to enhance our understanding of breast cancer development is Yvonne Myal, University of Manitoba professor and associate head in the department of pathology, as well as senior scientist at CancerCare Manitoba Research Institute.

The bulk of Myal’s studies focus on the prolactin-inducible protein (PIP) — a small secreted protein found in tissues within the body, including the breasts.  She worked on this research for several years as a graduate student at the University of Manitoba.

According to Myal, high levels of PIP are found within the breast, and PIP is overproduced in benign breast cystic disease. She noted that evidence of PIP is found in up to 90 per cent of breast cancers

“It seemed to be associated with abnormalities and it must play a role in breast cancer,” she said.

Myal has been involved in pioneering work on this secretory protein, including cloning the PIP gene, identifying its chromosomal position and generating the first genetically modified mouse models used in studying the PIP gene.

Her lab studies have determined that PIP plays some immune defence roles within the body.

Myal explained that PIP is being used clinically in identifying breast cancer cells that have spread through the body.

According to Myal, previous studies suggested that the presence of PIP in the early stages of breast cancer was a good thing, as tumours were more responsive to treatment.

However, she pointed out that it works differently when found in metastatic cancer, possibly serving another function.

“It’s like a double-edged sword, in that it’s protective in the early stages of breast cancer development, but in the later stages when there is metastasis, it seemed to be facilitating the progression,” Myal said.

Claudin-1 and small breast epithelial mucin (SBEM) — both associated with breast cancer — are two additional molecules Myal has focused on in her research career.

“These cancers are hard to treat,” she said. “They are resistant to current treatment and chemotherapy.”

“In the immunocompetent mice, when we check the metastasis in the lungs, the presence of PIP seemed to make the tumours more aggressive and more metastatic,” she added.

On the other hand, when looking at mice with compromised immune systems, Myal found that it makes no difference.

“This is important information, because we’re trying to find out what works in the metastatic state and how we can, as researchers, identify those things that would lead to clinical enhancement and treatment,” she said.

Myal’s work currently is funded by organizations such as the National Sciences and Engineering Research Council of Canada, the Cancer Research Society and the Canadian Institutes of Health Research — facilitating the further expansion of breast cancer research.

“I have many collaborators,” Myal said. “Collaboration is key to success and moving ahead with research answers.”

Myal has also mentored many students who have gone on to work across a wide range of professions.

Marijuana users must stand up and be heard

A critical analysis of facilitated communication