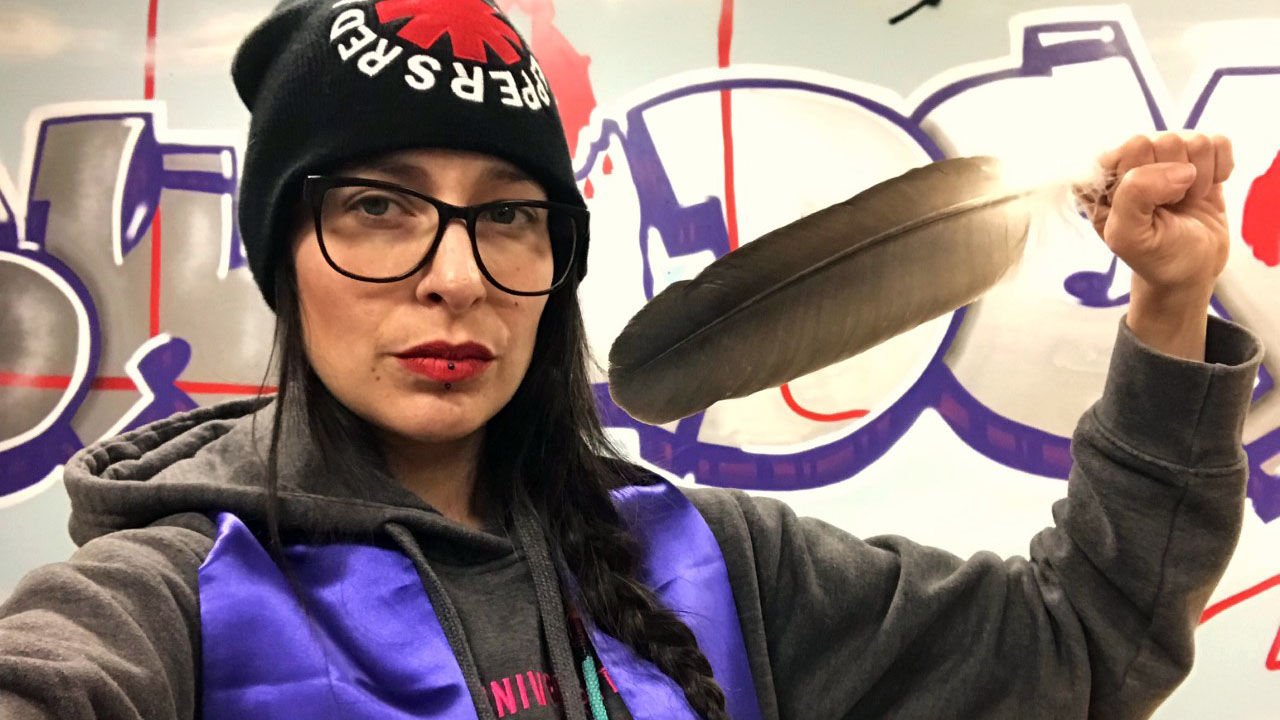 A long-serving Indigenous student activist is now running unopposed to be one of the faculty of education’s student representatives on the U of M senate.

Kristin Flattery is an education student with an honours degree in fine art. She is currently the education representative and Misko Fest co-ordinator for the University of Manitoba Indigenous Students’ Association (UMISA).

Flattery has been involved in UMISA for several years in various capacities, including standing as the UMISA female co-president from 2016-17.

For Flattery, being on the U of M senate means she can bring important Indigenous issues to the attention of the administration. One of the major issues Flattery has is with the U of M’s inability to be cognizant of the tuition payment schedule of reserves.

“So payments to the reserves don’t pay your fees on time, so you are put on academic hold.”

Low-income Indigenous students whose bursary money is not released because their reserve has not yet remitted the tuition funds can face serious consequences.

“In extreme instances, we can have students who end up homeless before they can even finish their undergraduate degree,” she said.

According to Flattery, many First Nations students do not have the familial supports to fall back on when funding gets hung up.

“We have people who are incoming from really far away northern communities coming in, right, they don’t have family supports around here,” Flattery said.

Flattery envisions using her role on the senate to not only to help the U of M make policies more accommodating to Indigenous students receiving funding from reserves but to help push the university to recognize Indigenous ways of knowing.

“I find it very difficult to be constantly trying to insert […] Indigenous knowledge into education when it needs to be the other way around,” she added.

“We need to be inserting education into Indigenous knowledge.”

To achieve this, Flattery recommends the U of M begin offering courses taught by traditional Indigenous knowledge keepers to teach Indigenous ways of knowing.

“The people who we want to come in and teach these things, they don’t have degrees in western education,” she said.

Beyond representing the interests of Indigenous students on campus, Flattery said she wants to address the specific needs of education students.

In particular, Flattery wants to address the faculty of education’s rigid attendance policy.

“There needs to be mental health days for students in the faculty of education,” she said.

Teachers in the field have advocacy to ensure workloads are manageable. Meanwhile, students in the faculty of education do not.

“When you are a teacher, you have a union backing you up […] but who is protecting us as students?”

Voting is open to all faculty of education students on Feb. 13 and 14.