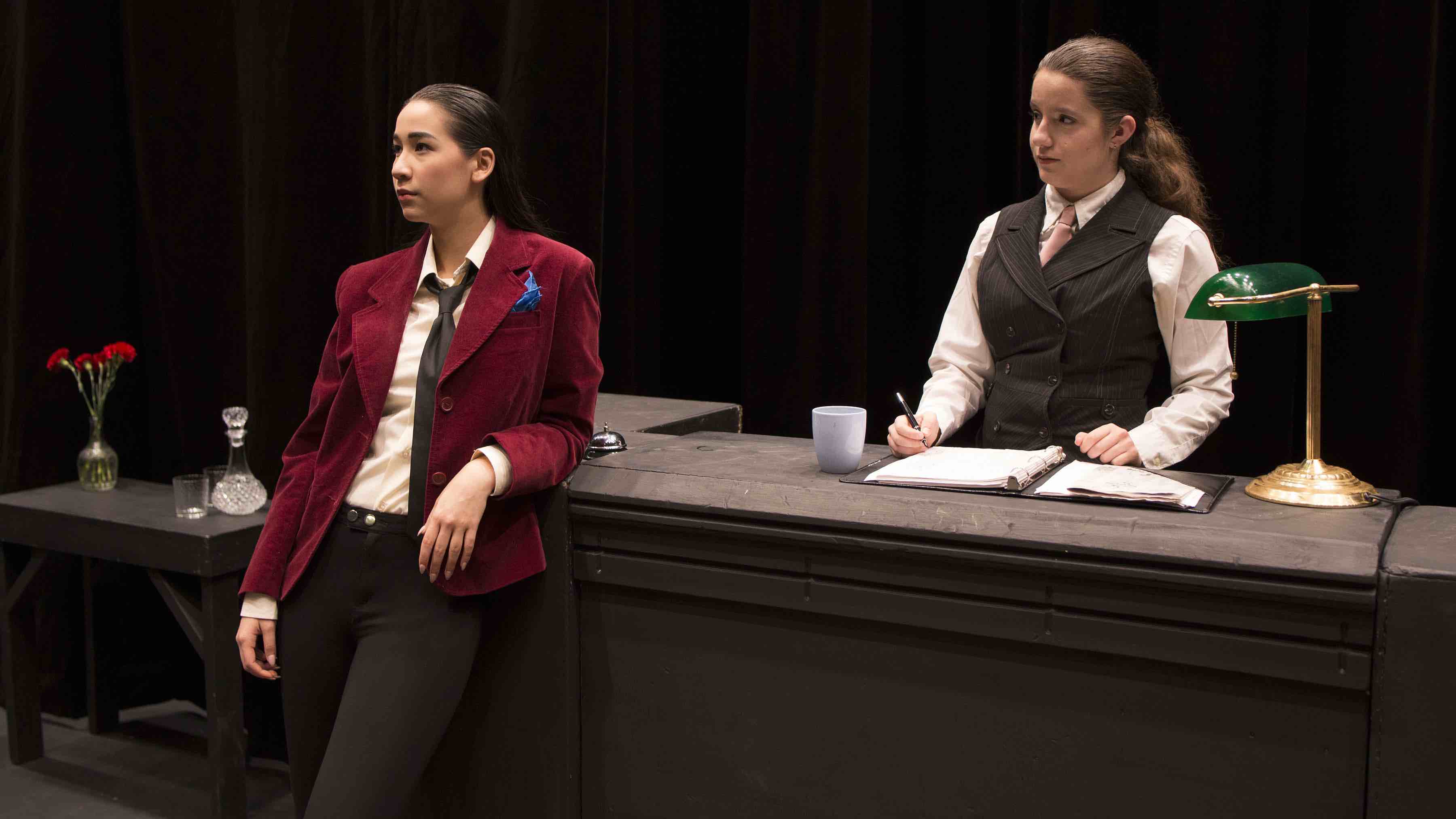 The season is comprised of plays that are approximately 45 minutes long, shorter than a full-length play.

The play was directed by Evan Martin, stage-managed by Ben Krawchuk and starred Bailey Chin and Annie MacRae.

Timing played a significant factor in the production of Hughie.

“I, personally, and the director both started in August,” said Krawchuk.

He added that auditions took place in the first week of September and rehearsals followed a week later.

The play focuses on two characters forced to confront their own personal demons of loneliness and responsibility to one another through reminiscent dialogue throughout one night.

O’Neill’s script called for two male characters but Martin picked the two female leads, Chin and MacRae, purely based on their talent.

“It wasn’t based on trying to do something different or anything specific like that. They were just the best that came and fit the role, so [I] couldn’t say no,” Martin said.

His choice resulted in Chin playing Erie Smith and MacRae playing Charlie Hughes, also known as the “Night Clerk.” This added an interesting angle to the overall performance as their characters are presented as two women, but are referred to throughout the play using the gendered pronouns “he/him.”

“There are a lot of lines and parts of the script where Erie Smith is definitely a womanizer in his own way, whether it’s true or not, and he kind of degrades — he’s very derogatory, he degrades women in the way that he speaks a lot,” Chin said.

“I think it’s an interesting take having a female play that character. I feel like it takes a bit of the edge off — a little discomfort that could have been there with two men playing.”
“I definitely think it allows people to sympathize with Erie a bit more just because it’s not this male chauvinist — it’s like a female chauvinist,” MacRae said.

“I feel like people are more comfortable laughing at those bits,” said Chin.

MacRae said she finds the social comments regarding the casting of the play to be most interesting as it parallels the historical landscape of the setting. The play is set in the 1920s, a time between the World Wars, an important historical standpoint for the suffragette movement.

Other Lunch B.H.A.G.G. shows can be watched at the John J. Conklin Theatre in the Gail Asper Performing Arts Hall in Taché Hall at 150 Dafoe Road.