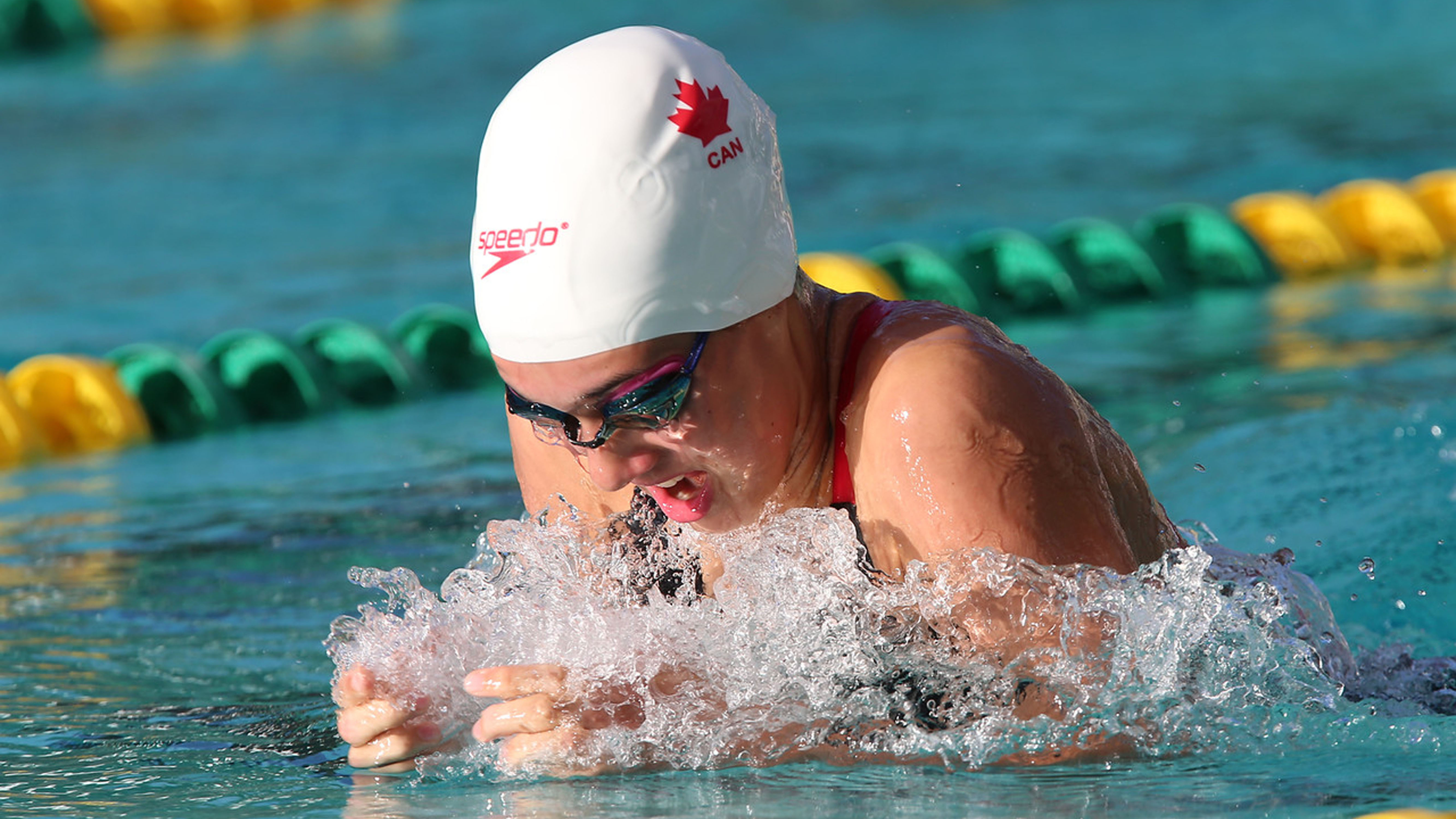 Manitoba athletes continue a strong summer for the various Bisons programs, as the U of M swimming and track teams have both earned podium finishes so far this summer.

With three gold medals and one silver already brought home in 2018, Bisons fans have come to expect great things from Manitoba swimmer Kelsey Wog, and her talents were on full display during the 2018 Canadian Swimming Trials in Edmonton.

Wog set a blistering pace in the women’s 200-metre breaststroke event, taking home a first-place finish with a time of 2:23.83 — almost a full four seconds faster than the 2:27.93 she swam in the preliminaries.

“This win is really great because I’ve been struggling with nerves and I finally had a breakthrough,” Wog said.

Her time was 3.71 seconds behind the Canadian record of 2:20.12 established by Annamay Pierse on July 30, 2009. Wog’s result in Edmonton is now the 15th fastest in the world among 2018 International Swimming Federation (ISF) competitions.

Wog is now in a three-way tie for 51st in the all-time standings in the ISF women’s 200-metre breaststroke.

She also took home a silver medal, finishing second in the women’s 200-metre individual medley with a time of 2:11.14 in the final. Wog was a half-second slower than Sydney Pickrem, who snagged gold with a 2:10.66 finish.

The win in the breaststroke and silver in the medley earned Wog a spot on Team Canada for the Pan Pacific Championship in Tokyo in August.

“She is the most successful Bison we’ve had in our program so far. Her performances put her well under Olympic standard and gaining valuable international experience next month will have her on the right path to the 2020 games in Tokyo.”

Another notable finish in the pool saw Manitoba’s Mackenzie Glover finish just off the podium with a time of 2:12.78 in the women’s 200-metre backstroke event. This put her just behind Aela Janvier, of Pointe-Claire Swim Club, who took third with a 2:11.82 finish, and four seconds behind current Canadian record-holder Kylie Masse’s time of 2:08.94.

Manitoba’s swim team isn’t the only Bisons squad keeping busy in the summer. The U of M track and field team and members of the Stride Ahead Tough Track Club came away from the 2018 Canadian Track and Field Championships with a pair of silver medals on the track.

In the men’s U20 4×100-metre relay, the Bisons narrowly missed gold with a time of 42.51 in the finals. British Columbia Athletics finished 0.03 seconds faster at 42.48 and forced the Bisons to settle for silver.

U of M’s second medal at the championship came during the senior 4×400-metre relay. The Stride Ahead Tough Track Club team — comprised of Manitoba’s Matthew Exner, Simon Berube, Alec Dickson and Tristan Allen — finished with a time of 3:21.31 to take second-place.

The club was well behind the Ottawa Lions Track and Field Club, who took home the gold with a time of 3:15.56.

U of M’s Luc Deleau narrowly missed the podium as an individual during the men’s 200-metre, finishing with a time of 21.89. He was edged out by Joakim Généreux’s 21.85 finish and settled for fourth place.

Calling it a career

Forget the brooms, grab the shovels