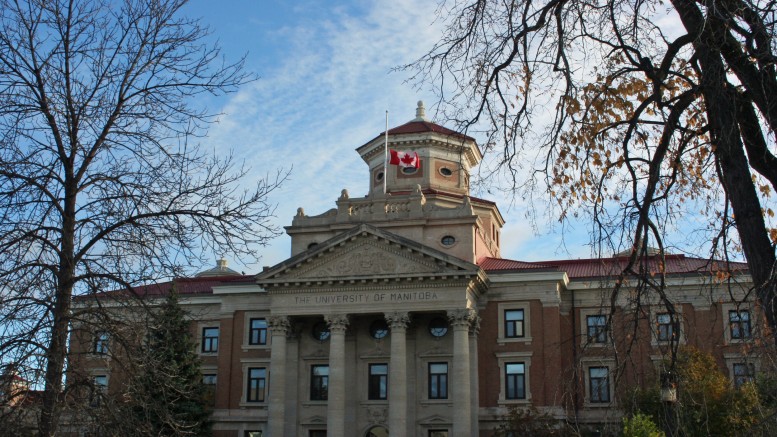 This fall, U of M students will find themselves dealing with the repercussions of changes initiated by the provincial government — primarily, increased educational expenses.

Both undergraduate and graduate students will see the maximum allowable 6.6 per cent rise in tuition fees. This comes after the provincial government passed Bill 31, the Advanced Education Administration Act, in November, lifting a cap on tuition hikes that had been in place since 2012.

When combined with an expected 0.5 per cent increase in enrolment, the increased fees are expected to generate an additional $9.5 million in revenue for the university.

But the increases follow a provincial budget in March that saw support for universities fall by 0.9 per cent, leading UMSU president Jakob Sanderson to point out that the additional revenue is not entirely what it seems.

“Sadly we need to recognize that there really is not [$9.5] million in additional revenue because the university’s operating grant was cut by the province by a similar rate when adjusted by inflation,” Sanderson said.

Sanderson added that if there is additional revenue being generated, he hopes the university will choose to put it toward “improving educational standards.”

Provost and vice-president (academic) Janice Ristock has referred to $60 million in bursaries and scholarships distributed annually by the university as one method the U of M takes to meet the needs of students.

The province has also reduced 10.4 per cent of its funding for Access grants, an extended education program that provides academic support, personal support and financial assistance to students, with preference given to Indigenous students, students from Northern areas, newcomers to the country and low-income earners.

The recent cuts follow a trend of what critics are calling dwindling provincial support for post-secondary education, including the 2017 nixing of an income tax rebate offered to graduates working in Manitoba.

Premier Brian Pallister said at the time the program “wasn’t working,” and added “the thing we should be doing with those resources is lowering the barriers to entry in the first place.”

This marks the first year of a new budgetary model at the U of M.

The new model takes a more decentralized stance to fund allocation, and the changes made incentivize revenue growth within academic units. Academic units that partake in activities contributing to the U of M’s net finances receive more in terms of budgeted funding.

The General Operating Fund revenue for the 2018-2019 year is just over $663.9 million, with 53 per cent coming from government grants.

At the faculty level, the majority of revenue is generated by the Rady faculty of health sciences, with a revenue of just over $183.1 million, with the faculties of arts and science coming in a distant second, with $93.4 million and $89.9 million in revenue, respectively.

Of the total, a portion from each academic unit augments the University Fund, bringing it to a total of $100.8 million. These funds, also collected through taxes on allocated tuition and grant revenues, are invested in the university’s strategic priorities.

Most of the University Fund, $85.2 million, is returned to faculties through a grant-giving process that allocates money based on several factors, including revenue generated.

The Rady faculty of health sciences receives $23.5 million from the fund, which translates to about 12.8 per cent of its $183 million revenue.

The expenses of the Rady faculty of health sciences are similarly disproportionate — 72.8 per cent compared to the faculties of science and arts that devote 42.2 and 49.6 per cent of their revenue to expenses, respectively.

The provincial government also slashed $3 million from funding to Research Manitoba, which provides funding to research in the health, natural and social sciences, of which the University of Manitoba is the primary beneficiary. This follows a $2 million cut in 2017. A $1.65 million allotment of total funding is going to expenses previously afforded by Research Manitoba.

From the University Fund, $900,000 is being allocated to “continue to support the objectives identified in the agreement between the Truth and Reconciliation Commission of Canada and the University,” and $500,000 is set aside for to the 2018-2019 Indigenous Initiatives Fund, which supports projects relating to Indigenous achievement.

Sanderson added that working on contributing to a more sustainable budget plan for next year are goals UMSU will be working to achieve over the upcoming school year.

Sanderson stressed that both himself and Sarah Bonner-Proulx (VP Advocacy) voted against the tuition increase in the board of governors.

Sanderson and his team are planning to work with a student-led accessible education working group, which will be struck at the next board of directors meeting, with the expressed purpose to “implement more open educational resources in classrooms to make course materials freely accessible for students.”

Student elections make a difference, but you have to vote

Missing U of M students case causes stir on campus

Sweeping changes coming to UMSU board