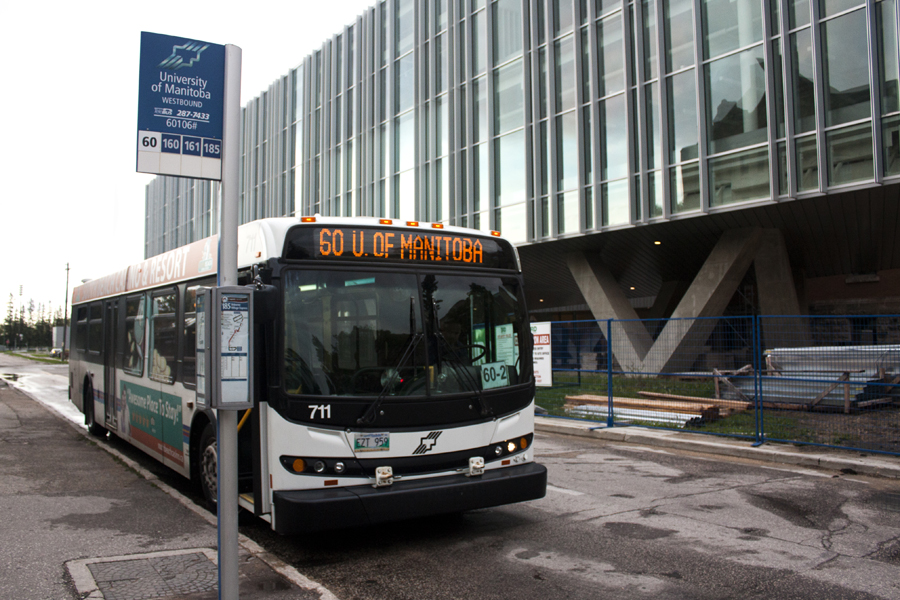 Before Winnipeg city council would commit to introducing the program, university students were required to show majority support for the U-Pass as determined by a referendum vote.

The final ballots from the UMSU referendum were counted at about 7 p.m. and the results showed that 53 per cent of U of M undergraduate students voted in favour of the U-Pass. In total 4,548 out of 23,277 possible UMSU members voted, or 19.5 per cent.

A similar ballot count was held by UWSA on Wednesday following the referendum vote at the U of W. With 1,355 eligible votes in total—82 per cent in favour—out of the possible 9,348 undergraduates and 138 graduate students, the voter turnout at the U of W was higher than the last time the U-Pass was under referendum.

About the U-Pass
“The U-Pass is a universal bus pass program where students pay a fee at the beginning of each term and receive a bus pass that is valid for the entire academic year,” states the UWSA website. With a U-Pass, participating students’ union members will be able to access Winnipeg Transit services “anytime, anywhere across the city.”

“Under the U-Pass, the maximum cost for a bus pass would be $260 and would only increase each year at the rate of inflation.”

The U-Pass is slated to begin in September 2016, “or sooner if possible,” said UMSU vice-president external Christian Pierce.

Pierce told the Manitoban that when city council officially approved the U-Pass in principle, it was dependent on majority referendums by UMSU and the UWSA that would represent a binding agreement between the two parties.

The legally binding documents were the motion from city council and the two referendums, UWSA president Rorie Mcleod Arnould told the Manitoban. According to Mcleod Arnould, city council said they would commit to this program—by coming forward with the money required and instructing Winnipeg Transit to move forward accordingly—if students’ unions come back with positive results determined by referendums.

The UMGSA referendum “ended with an astonishing 34.2 per cent of graduate students casting a vote – double the number of students who voted in the general election of 2014,” read an email to graduate students from Joseph Dipple and Karalyn Dokurno, Fort Garry chief returning officers.

The results of UMGSA’s referendum demonstrate to city council that graduate students are interested in participating in the U-Pass, said UMGSA president Laura Rempel.

“With 59 per cent voting in favour of participating in the U-Pass, UMGSA will begin conversations with city hall to move this mandate forward,” Rempel said.

Differing structures, varying stances
The vote for the U-Pass—which was publicly endorsed by the UWSA—was celebrated by many students on social media, including Mcleod Arnould, while other students expressed disappointment with the results.

“This is democracy in action: Students standing together with students’ unions—to buy things like health insurance and lobby for public policy and social conditions—to try and structure the civil society that we want,” said Mcleod Arnould.

In contrast to the strong position statement by the UWSA, the UMSU executive maintained a neutral stance on the issue throughout the U-Pass campaign.

“During our campaign in March for [the UMSU executive] election, we made it clear that we would take a neutral stance during the referendum,” said Pierce. “My goal throughout last year lobbying for the U-Pass was to negotiate the best possible deal alongside the UWSA and allow our students to democratically decide whether or not they want this program implemented for our students.”

The UMGSA did not take a position on the U-Pass, although their council voted in favour of it.

The outcome of the vote by Winnipeg student bodies matched the political commitments of Brian Bowman during his run for mayor. Mayor-elect Bowman supported the U-Pass initiative and public transportation in general with his vow to finish all six phases of rapid transit.

Experts weigh in
On Oct. 23, the transit forum co-hosted by UMGSA, UMSU, and the Manitoban featured evidence-based research and opinions presented by expert panellists and decision-makers including Councillor Gerbasi; Ian Hall, director of the U of M Office of Sustainability; and Orly Linovski, city planning assistant professor.

Bowman was not in attendance at the forum event on the day after the civic elections. Dan Penner—a second-year master’s student in the department of city planning, and policy researcher for Bowman’s recent campaign—received a tweet from Bowman to reaffirm his support for the U-Pass program.

Following her re-election, Gerbasi told the audience that: “The U-Pass is expected to result in a significant ridership increase, which is important for the city of Winnipeg.

“We have huge traffic congestion issues on Pembina Highway and throughout the city. If you take 60 people and put them on the bus, you’re taking 60 cars off the road, and that has a big impact on congestion and a big impact on the wear and tear on the roads, which you’ve been hearing a lot about lately if you’ve been following the municipal elections.”

New buses will be purchased and ramped up with staff to deal with the increase in ridership, Gerbasi said.

“A lot of people were talking about a referendum on rapid transit,” Gerbasi said. “I believe that we have had one; the two major mayoral candidates both strongly supported rapid transit as part of their election platforms, and that’s how the vote went.”

Linovski brought a critical evaluation of public transportation and urban design into perspective.

Linovski challenged the concern expressed by students that Winnipeg Transit will be unable to match the influx of riders. Linovski said that although one of the impacts of the U-Pass will involve an increase in ridership, “It is not as much as you would think.”

“Transit does have its issues right now,” Penner admitted. He added that these problems need to be resolved in practical ways – relative to what was being done in other cities.

“There are 12 Park and Rides here,” Penner continued. “Drive to Pembina; park at Safeway (you will not get towed); hop on a bus straight to U of M. You save the $560 you pay on parking, which, when you factor in the U-Pass, is just under $300 in savings.”

“More [U of M staff and students are already] buying monthly bus passes – from 11 to 26 per cent in the past 14 years,” Hall said, versus the reduced rate that the U-Pass would provide to students.

One of the UMGSA Yes campaign spokespeople, Penner, presented about the U-Pass from a policy perspective and based on his own positive experiences with the U-Pass at Carleton University.

The only authorized No side representative at the forum was pharmacy doctorate Sarandeep Malhi. Malhi told the audience that he had registered to represent the students at Bannatyne campus who may not benefit to the same extent as other students.

Questions from the audience during the transit forum showed various student inquiries about the practicality and mandatory nature of the U-Pass. Their concerns addressed how the U-Pass would apply to those who are enrolled in courses all year round; start courses in winter term only; live in residence or choose to ride a bike; seniors; people with child-care drop-offs; graduate students who are in the field for a year; or those who reside in areas not currently serviced by Winnipeg Transit.

Based on the ongoing process of negotiations, according to the UMSU website, “Opt-outs would only be available for students living outside of Winnipeg’s city limits.” Additional opt-out options might be available for eligible students contingent on continued negotiations with Winnipeg Transit.

A Collage of sound: Indigo Joseph