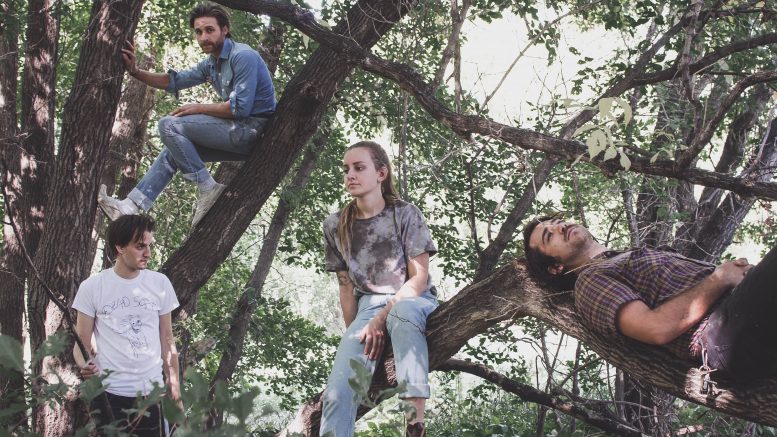 R U S T O W L and housepanther have joined forces – and half their names – for their double album release show titled Rustcat Bonfire March 23 at X-Cues’ Café and Lounge.

The release stemmed from a Facebook status by Bailee Woods, who performs under the name housepanther, in which she explained she was planning on releasing her first album this spring.

“I was looking to release my album by March [or] April and was looking for venue suggestions,” Woods said.

“Jory [Strachan] from R U S T O W L messaged me and said they were also looking to release an EP around that time. From there we just kind of discussed doing a release show as two bands. We’re all buddies so it just made sense.”

Housepanther’s debut album Club Soda Lows will feature upbeat tunes that reflect on the ups and downs Woods went through over the past two years. Single “filthy lazy” was released March 10 which pairs familiar millennial woes with poppy beats.

The show will be at X-Cues’ Café and Lounge, and Yes Wave Promotions, of which Strachan is a co-owner, will be providing a safe walk for anyone that feels unsafe walking to the venue. Volunteers will be available to escort people on the five-minute walk from the University of Winnipeg to X-Cues’. Strachan said they are providing the service to get more people down to the show.

“[We] decided to implement the safe walk since the West End neighbourhood does have a stigma and we wanted to be as inviting and as accommodating as possible and ensure everyone feels safe where they’re going,” said Strachan.

“I think the West End is one of the best spots in the city with the best food, and I really want to invite people who might not usually hang out there to come hang out.”

Woods added “It’s awesome to see Yes Wave Promotions go above and beyond to see people get to a venue safely.”

Jensen Fridfinnson, who plays electric organ and fiddle for R U S T O W L, is especially excited about the release and what people are going to think of the EP since the band has only performed live since coming together in April 2017.

“Our EP that we are releasing is kind of a big mishmash of styles, we’ve been going with ‘post-punk Americana,’” said Fridfinnson.

“Lots of honest, heartfelt lyrics from Garrett [Iverson]. I think one of the cool things about this being our first release as a band is that it can be anything – there’s nothing to compare it to, and no prior expectations unless people have seen us live.”

Strachan said choosing X-Cues’ for the venue was a switch up from where the band usually plays in Winnipeg.

“We chose X-Cues’ because we really like the venue and the people that run it,” said Strachan.

“It’s a change from the Sherbrooke street venues, not that there’s anything wrong with them, we love playing those venues, we just wanted to do  something a little different with our release. Plus [X-Cues’] has a bonfire pit in their backyard, which the townie in me is a sucker for.”

Rustcat Bonfire: housepanther and R U S T O W L double release show will be at X-Cues’ Café and Lounge March 23. Tickets are $12 at the door and the safe walk program will be available from the University of Winnipeg to the venue.

Kith and kin: An interview with the Bros. Landreth

FKA twigs’s M3LL155X an icon for sexuality, creativity, and empowerment