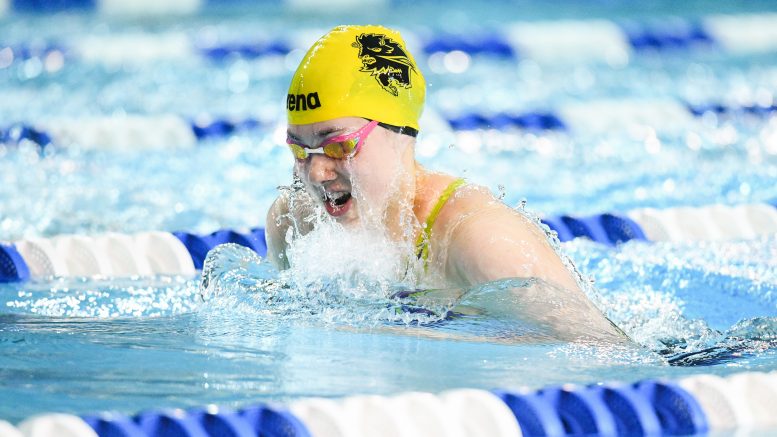 Bison second year swimmer Kelsey Wog in action at the U SPORTS Swimming Nationals in Toronto. Photo by Martin Bazyl.

The remarkable career of Bison swimmer Kelsey Wog continued this weekend at the U SPORTS National Championships in Toronto.

Bison swimmer Anthony Iliouchetchev missed out on the podium in the 100m backstroke, finishing in sixth with a time of 54.48.

The Bison women’s swimming team finished in 12th place out of the 25 schools competing with 216 points. The men finished 13th with 102 points. The University of British Columbia Thunderbirds swept the competition, winning both the men’s and women’s championships for the second year in a row.

2016 Olympians Kylie Masse of the University of Toronto and Yuri Kisil of UBC were named the male and female swimmers of the year, the second straight year for each to receive the distinction.

U of M swim and track stars show strong through summer