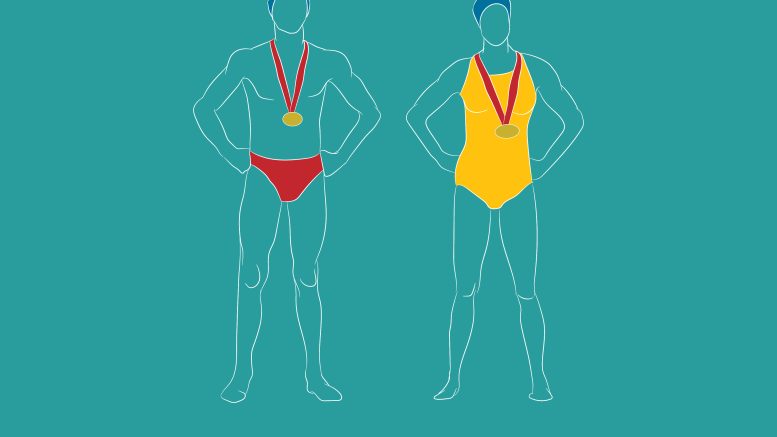 The Bisons swim team started the year off strong at the St. James Invitational, bringing in nine first place finishes and testing the waters for the upcoming swim season.

The competition took place the weekend of Oct. 22 and 23, and consisted of multiple races.

The Bisons men and women were well represented in the meet, achieving personal bests and improving racing tactics throughout the event.

Despite this being the first meet of the season, the newcomers stepped up to the occasion.

Regarding her strong showings in the two backstroke events, Carlos said “we’ve been putting a lot of work in [during] practice focusing in on tactics, and I think I swam them really well,” further adding, “if I were to swim those events again, I would swim them the exact same way.”

Rookie Brayden Stacey had another notable performance, who achieved a personal best in the 50-metre freestyle and placed second in the event.

With long-time swimmer, Kelsey Wog, no longer eligible to compete as a varsity swimmer, it remains to be seen how the Bisons will go about putting points on the board throughout the season. The herd missing such an instrumental swimmer in relays and individual races will make for an interesting season to see how the team will prevail.

When asked about how Wog’s departure has affected the team, Carlos said “I think her aging out gives us all the opportunity to step up and all kind of take over, and I feel like we can place the same if we all race super well.”

Team unity is essential to achieve success in this competitive swimming year and with spirits high after the season’s first meet, unity will play an essential role in the performance and execution of racing this season.

Carlos added that “the team, we’re all super close, we’re all really good friends and I think that plays a huge part in how we all perform at our next meet.”

With the momentum and personal bests that the team has found this early in the swimming season, fans can hope that the herd will continue to impress at the upcoming College Cup, which takes place Nov. 5 to 6 in Vancouver, B.C.