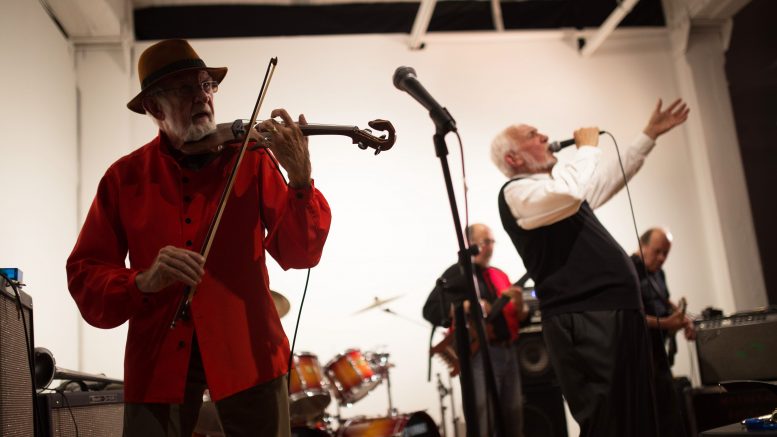 Winnipeg’s send + receive festival brought together experimental sound artists from around
the globe for four days of new listening experiences.

The festival is curated by sound artist Crys Cole. Cole travels for performance most of the year,
and for part of the year is based out of each of Australia, Asia, and Europe.

“It’s an advantageous position for the festival,” Cole said. “I get to see a lot of amazing artists
perform and make great connections, and then I try to bring people here for the festival.”
This year’s festival included artists from Japan, the UK, Australia, Denmark, and the U.S., in
addition to Canada.

“The interesting thing about sound art and experimental music is that the scenes in every place
are generally quite small, but from a global perspective there’s quite a vast network,” Cole said.
“Essentially you just need someone who’s passionate about this who wants to make it happen
where they happen to be.”

“I didn’t know anything about it going into it, and […] had no expectations at all,” said Beach. “I
was pleasantly surprised.”

“I could see it being a little off putting at first,” Beach added, referring to the Nihilist Spasm
Band. The band performs with traditional rock instruments like guitar, bass, and drums, paired
with nontraditional noise- making instruments of the band’s own creation.

“I guess their whole idea is just anti-music,” Beach said. “Even watching it, it seemed like they
had some technical difficulties, but I couldn’t tell if that was intentional or not.”

Manitoban artist Irene Bindi grew up in Ontario, but has lived in Winnipeg for the past 12 years.

“At a certain point in Winnipeg, I was living with three other people from London, Ontario, that
were also exposed to the Nihilist Spasm Band,” Bindi said. “We were just at home and had
instruments and we did experimental music with no musical background on our own.”

Bindi said she didn’t imagine it would become a public performance, but as time progressed,
they started to play small shows for their friends, and then later were invited to play a
fundraiser show at aceartinc.

Russ Giesbrecht, who calls himself a sound fan, rather than a music fan, said that he missed the
festival while not living in Winnipeg.
“I was away for about seven years in a city that didn’t have anything like this,” he said. “I’m glad
to be back and reconnecting with the festival.”

Giesbrecht attended the whole festival this year. He said his high- light was seeing Annea
Lockwood perform on Saturday night.

“This was a piece she developed in the 60s. They just played it. It was on tape, not meant to be
performed,” he said.

“After it was over, it was silent. That really got my attention. Everybody really appreciated what
they were hearing, and there was no need to applaud. It was almost like this reverence.”

Is there a right to sex?’