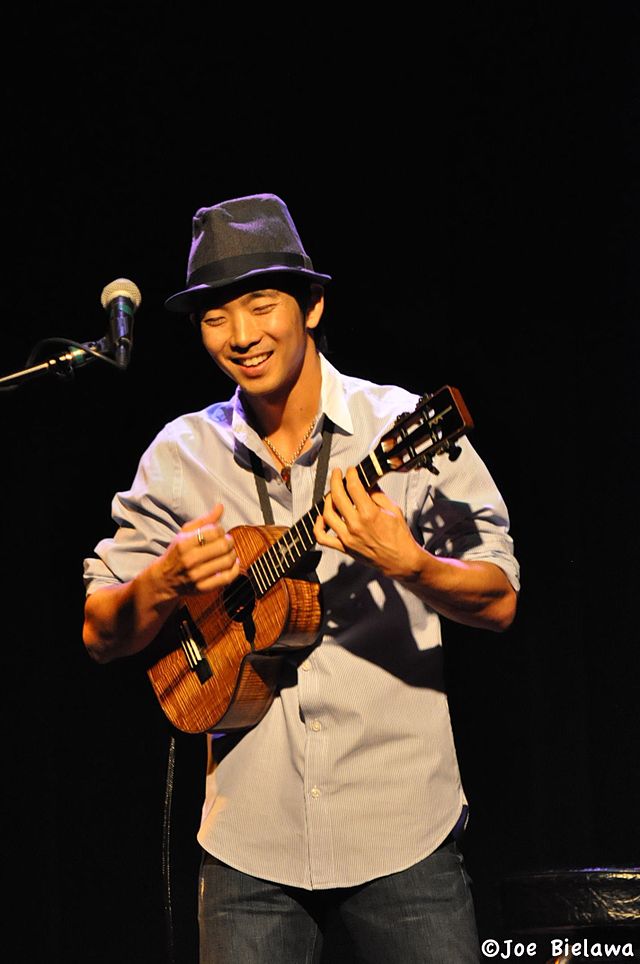 Although the ukulele may be a highly purchased novelty item for many 21st-century indie artists (Zooey Deschanel, for example), very few artists have utilized the Hawaiian instrument to its fullest creative potential like Shimabukuro.

Shimabukuro is a Hawaiian ukulele virtuoso who brings a classic rock style to the peaceful, four-stringed instrument. Shimabukuro went viral on YouTube for his cover of George Harrison’s “While My Guitar Gently Weeps” back in 2006 (with over 13 million hits to date), and has since branched out from his Internet fame, releasing 10 albums as a solo artist.

Unique to Shimabukuro is his ability to recreate classic, recognizable songs on the ukulele.

“I usually cover songs that I grew up listening [to],” says Shimabukuro. “There are millions of great songs out there.”

Shimabukuro has covered old favourites like Queen’s “Bohemian Rhapsody,” Leonard Cohen’s “Hallelujah,” and Judy Garland’s “Over the Rainbow,” as well as more recent tunes like Adele’s “Rolling in the Deep” and Daft Punk’s “Get Lucky.” Shimabukuro’s albums also include many of his own original compositions.

Shimabukuro has big plans for 2014.

“I’ll be touring the rest of [this] year and hoping to get back in the studio toward the end of 2014,” says Shimabukuro. “I plan to release a new record later next year.”

In his last album, Grand Ukulele (2012), Shimabukuro took his signature ukulele sound and recorded with a 29-piece orchestra with no overdubs. The album, produced by Alan Parsons (The Beatles’ Abbey Road, Pink Floyd’s The Dark Side of the Moon, and the Alan Parsons Project), has reached number two in the Billboard Top World Albums in 2012, 2013, and 2014.

On Saturday, July 12 at 8:20 p.m., Shimabukuro will be taking the Main Stage at the Winnipeg Folk Festival.

“I’m very excited to be playing at this year’s Winnipeg Folk Festival. I’ve heard so many wonderful things about the festival and [am] honoured to be making my first appearance there,” says Shimabukuro.

“It’s always inspiring to discover new artists at these type of festivals. I love walking around and checking out the other performers.”

John Cage on the radio