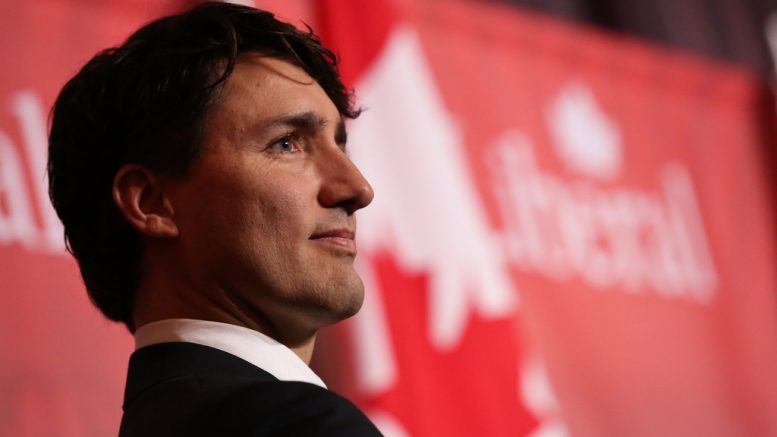 Since the last federal election, Canada has been under a peaceful slumber. Many seem to think Trudeau and his new Liberal government have ushered in the end of history. Since Canada drowned in red and Trudeau took the House of Commons by storm, the government has gained significant ground in the polls. Following the election, the new government has increased by nearly 15 points in approval ratings averaged across three different polling companies. This has landed the Trudeau government in the good books of a whopping 60 per cent of Canadians.

At the height of his popularity, Trudeau had an approval rating of 65 per cent. During that grace period, he was the second most popular prime minister since the eighties, only trailing one point behind Jean Chrétien.

So what exactly has our new prime minister done to warrant the glory he and his new government find themselves basking in? Honestly, not much.

But worry not. Our new fearless leader not only has a shining head of hair, but he also does things like take nonpartisan selfies and give speeches drenched in Hallmark-brand optimism!

Quite frankly, it’s Trudeau’s media savvy and nothing more that has captured the public’s heart.

In hindsight, this is rather refreshing. Stephen Harper, our last prime minister, had those on the left questioning whether or not his regime was fascist. Disclaimer: it wasn’t.

Although it is a little intoxicating to see the doom and gloom attitude of Harper finally vanquished from the House of Commons by Trudeau’s infamous “sunny ways,” it is high time we put on some sunglasses and assess the new Liberal government with a more critical eye.

Enjoying some of the highest approval ratings in recent memory, surely the Liberals have proven themselves to be policy juggernauts in order to merit the public’s massive case of Trudeaumania. Polls have shown that health care is one of Canadians’ top priorities when it comes to government dealings. Have the Liberals deftly cured the ills of our belaboured health care system with tact and nuance? Well, not exactly.

Federal-provincial negotiations are ongoing as a new health accord doesn’t look like it’ll be signed until the end of this year, all while premiers fight over federal transfers and whether or not health care funding will be targeted. Meanwhile, the Trudeau government just announced that they will not be reversing cuts to federal health transfers implemented by the previous Harper government. Putting their differences aside, calls for increased funding have been echoed by nearly all provinces, with Manitoba premier Brian Pallister saying “we need a partner in Ottawa that is not backing away from its obligations.”

Nor has the government done much more in the way of achieving some of their most significant campaign promises. A $3 billion investment in senior care, meant to be a part of the new health accord as promised in the Liberals’ election campaign, was nowhere to be seen in the government budget. No more likely are we to see Canada stay below the emission caps agreed upon at the Paris climate change conference. Additionally, the ever-controversial piece of terror legislation Bill C-51 remains in action as the Liberals have failed to repeal what they call its “problematic elements,” something that was promised during their election campaign.

To be fair, governing a country as vast as Canada, both culturally and geographically, is no easy feat. Perhaps we ought to be less cynical of those who manage to go through it with a perennial smile on their face. Then again, prime ministers aren’t prime ministers because of their capacity to be cheery. Prime ministers and their governments take office in order to draft, debate, and pass legislation. In Trudeau’s case, the Library of Parliament has shown his government to be the least productive in over two decades, having only passed 10 bills in their first 11 months of office.

Government exists to steer the state, so when our 11-month government has passed the least amount of legislation in recent history, then we ought to question whether Trudeau has even been at the wheel.

The fact of the matter is that people are willing to give Trudeau a free pass by juxtaposition alone. Whatever, his action plan on climate change is too weak; the last guy in office wouldn’t even let government scientists talk about climate change. How ironic that such a major part of Harper’s legacy is the validation of the man who was on the receiving end of millions of Conservative sponsored “he’s just not ready” political ads. Nonetheless, it’s outrageous to shower the government with endless praise when its performance has been mediocre at best.

Under Trudeau, the Liberal party did in fact witness a resurgence on the political scene. It was rather impressive to see their House of Commons seat count grow beyond any pundit’s wildest imagination. Arguably, much of the Liberals’ victory is owed to the coalition of left-leaning voters they managed to patch together through strategic voting in the face of the NDP’s tactical incompetence.

Drink some tea, Canada, and take a day off work. Trudeaumania is getting the best of you. Good selfie angles and a youthful face can’t hide the fact that when it comes to the technical aspect of politics – crafting and implementing policy – Trudeau has shown that maybe he just wasn’t ready to take office. Fortunately, he can climb that steep learning curve over the next three years.