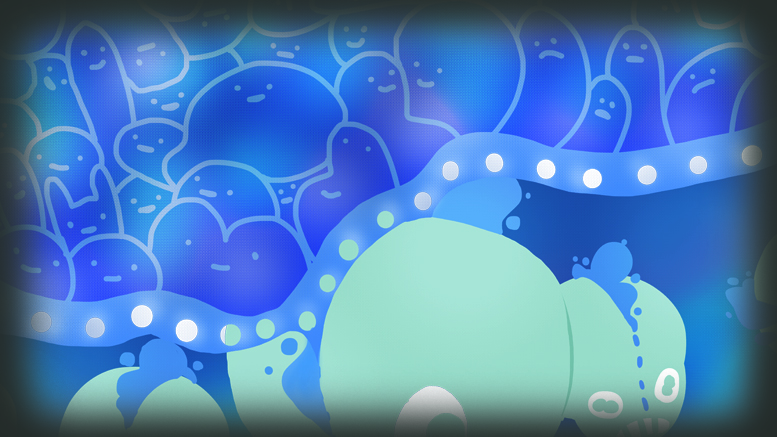 While the rest of Europe was gearing up for the Second World War, Hofmann found himself working for Sandoz Laboratories in Basel, Switzerland. Here, Hofmann was tasked with isolating chemical compounds from fungal ergot, a parasite of rye.

While Hofmann had successfully synthesized lysergic acid diethylamide (LSD) in 1938, the project was set aside for five years while he was tasked with other ventures. In 1943, Hofmann decided to resynthesize LSD.

Somehow, Hofmann ingested the potent psychedelic drug while working with it. LSD has an active dose of 100 micrograms, so small amounts can produce noticeable effects.

Perhaps Hofmann rubbed his eye or put his hand to his mouth – regardless, he accidentally gave himself a hit.

“In a dreamlike state, with eyes closed […] I perceived an uninterrupted stream of fantastic pictures, extraordinary shapes with intense, kaleidoscopic play of colours,” wrote Hofmann in his 1980 book LSD: My Problem Child.

Like the true scientist that he was, Hofmann decided to self-experiment by deliberately taking a 250-microgram dose of acid three days later.

As Hofmann began to hallucinate, he and his assistant cycled home – bicycle was the vehicle of choice due to the war.

“On the way home, my condition began to assume threatening forms. Everything in my field of vision wavered and was distorted as if seen in a curved mirror,” wrote Hofmann about the bike trip.

Hofmann believed that LSD had immense potential for use in psychotherapy. But by the 1960s the world had changed.

LSD became associated with the counter-culture revolution of the time, led by people like Timothy Leary. The scientific community stopped taking the drug seriously, and LSD fell into obscurity as it was criminalized as a hedonistic hippie drug.

LSD was regulated in Canada in the 1960s in a campaign spearheaded by senator Hartland Molson, a member of the brewery family. At the time, LSD was being used extensively in the treatment of alcoholism.

Although physicians resisted the regulations at first, they later buckled. The brewing industry benefited from this policy choice, which made treating alcoholism more difficult.

A recent analysis of several studies from the 1960s and 70s showed that even a single dose of LSD could help alcoholics resist drinking for up to a year.

Researchers on one study found the reason that the drug was effective at combating alcoholism is that it was common for subjects to develop insight into their problems, a new sense of openness and optimism, and the ability to make strong choices towards quitting drinking.

Unlike with drugs like cannabis and alcohol, LSD does not impair the mind – it simply changes perception. Individuals on LSD experience enhanced memory processes. If a person makes a revelation about their drinking while on acid, they are bound to remember it for a long time hence.

“For the entire duration of the experiment, I had even been aware of participating in an experiment, but despite this recognition of my condition, I could not, with every exertion of my will, shake off the LSD world,” wrote Hofmann about the first ever intentional LSD trip.

Before LSD’s prohibition in the 1960s, more than a thousand research articles were published looking at the drug’s potential in a variety of applications.

Clinical research into acid has reappeared within the last couple of years, fuelled by the hope that the promise LSD had shown in the 1950s and 60s can be built upon.

This resurgence is due to a seminal 2014 study that looked at LSD’s ability to decrease the anxiety of mortality in 12 individuals with life-threatening diseases.

For the first time in 60 years, LSD was studied in a controlled manner for its use in psychotherapy. This study was inspired by a 1963 study that found LSD was able to reduce anxiety and depression in individuals with late-stage cancer.

Two months after their LSD experiences, the patients showed positive trends in the reduction of anxiety. This reduction in anxiety was seen even a year after the session in a follow-up appointment.

The U.S. government secretly experimented with LSD during the 1950s and 60s to determine its efficacy as a mind-control drug. The project, called MKUltra, did not seem to be fruitful for the U.S., but a recent study has shown that the drug does increase user suggestibility, the susceptibility and responsiveness to suggestion.

The suggestibility of participants was measured using the creative imagination scale, which measures imaginative suggestibility by prompting individuals to imagine different scenarios such as their arm becoming heavier.

While this suggestibility may not help with mind control, it shows promise for use in certain forms of psychotherapy, in which suggestibility is often used to direct sessions.

Another recent study showed that LSD enhances an individual’s emotional response to music. Music is an important element in psychotherapy, especially sessions aided by psychedelics.

In psychedelic-assisted therapy sessions, music is used to allow subjects to relinquish control through a structured experience, which often use musical progression to direct participants to a spiritual peak.

The study found that LSD particularly enhanced the feelings of wonder, transcendence, power and tenderness experienced from listening to music.

The story of LSD is a good example of the need for policy decisions to be made based on scientific and medical evidence. Who knows where LSD research would be today if we didn’t lose those 60 years.