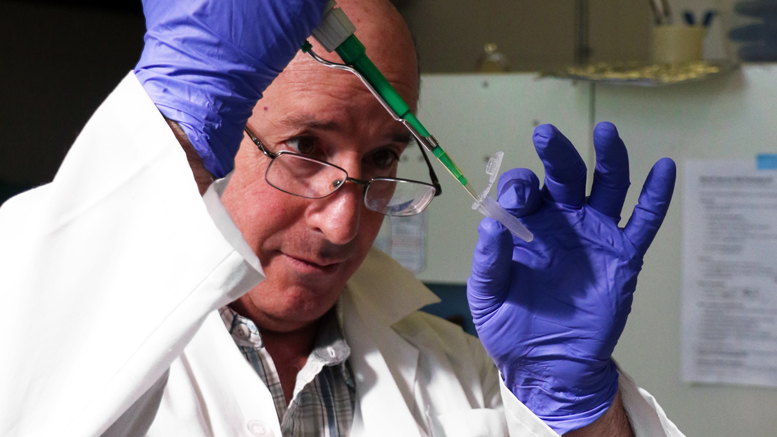 When the Manitoban last talked to biosystems engineering professor David Levin, he was working on a project to create biofuels like ethanol and hydrogen from cellulose, a common carbohydrate found in plants.

While this mode of fuel production also has merit in that it yields a very low amount of greenhouse gasses, this research project is now on the back burner.

“Because the price of oil is so low, there is much less interest in developing biofuels,” Levin told the Manitoban.

“We should care more about biofuels now, because we still need to mitigate climate change by reducing our dependency on oil.”

But it’s hard to carry out research when the funding isn’t available. Perhaps when the price of oil rises again, interest in funding will return and more biofuel research will take place in our country.

Levin’s lab is switching the focus of its research and his collaborator, microbiology associate professor Richard Sparling, has found himself in New Zealand fishing for thermophilic – that is, heat-loving – bacteria in hot springs while on sabbatical.

Levin’s research background is in molecular biology and biotechnology, which results in a multidisciplinary approach to his research in the faculty of engineering.

“We approach problems of creating value out of waste,” said Levin.

Levin’s research is now looking at bacteria that can form bio-products out of the waste byproducts of diesel production. Diesel is formed when vegetable oils react with alcohol molecules. While these waste products are very highly valued when purified, isolating them is a very complicated and expensive process.

“We have microorganisms that can eat that [goopy layer of waste products] and make biopolymers that can be made into biodegradable plastics,” said Levin.

Depending on how these bacteria are grown and what kind of food they are given, they can produce biopolymers of varying strength, elasticity, and heat tolerance.

These polymers can be used in several commercial applications.

“We think that the polymer can be used as a glue or a resin with natural fibers to make bio-composite materials,” said Levin. “Both the automotive and aerospace industries are looking for lighter and stronger materials that will reduce overall fuel costs.”

These bio-composite materials have shown promise in being as strong or even stronger than the materials that have been traditionally used in these industries. Since these materials are biodegradable, they are more environmentally friendly as well.

“If we can use waste materials to produce these polymers in the first place, then it closes the loop and makes things more efficient and better for the planet,” said Levin.

Diesel does not do so well in cold weather because the fuel molecules tend to clump up, kind of like butter in the fridge. These polymers also show potential in acting as a scaffold for creating additives for biodiesel that prevent clumping.

“These additives are chemically derived from the polymer that we make […] They have a low freezing temperature, so when we blend them with biodiesel we get better performance in cold climates,” said Levin.

Levin wears many hats, as he is also a faculty advisor for the University of Manitoba Space Applications and Technology Society (UMSATS), assisting the team with sending a micro-ecosystem containing tardigrades into space.

They are remarkable for their ability to survive in the vacuum of space, outlasting extremes of temperature and levels of ionizing radiation that would kill a human.

Part of this project is a proposal to sequence the genome of Milnesium tardigradum, the species of tardigrades used in the UMSATS project. By having a sequenced genome, the UMSATS team would be able to analyze the genes that make tardigrades so resilient.

The project has caught the eye of potential partners, who Levin hopes will provide funding for their “Tardigrades in Space” project.