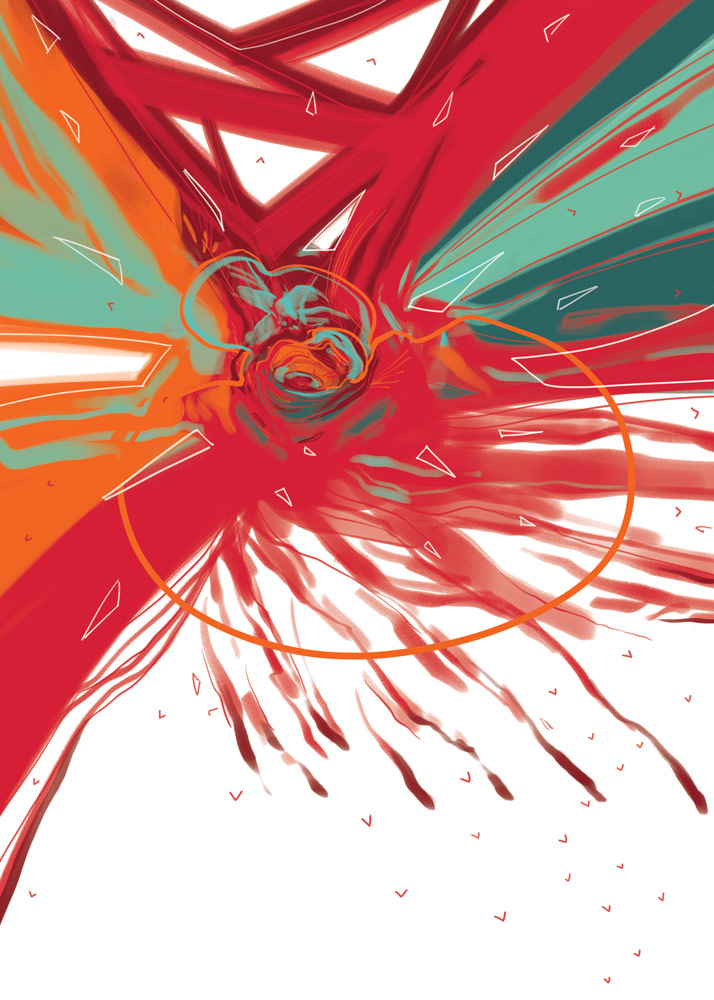 Cosmology has been shaken up by new theories on the origins of the universe which have recently received attention in the media. Did the universe begin with a big bang? With two? Or with none? Or perhaps, some other way altogether?

In 1927 Georges LeMaitre, a Belgian physicist and priest, developed mathematical models based on Einstein’s general relativity equations which suggested the universe was expanding.

The consequence of LeMaitre’s model was that the universe had to begin at a singular point, which he called the “primeval atom.” He reasoned that if the universe was expanding with time, then at the beginning of time, approximately 13.8 billion years ago, everything must have existed in a very dense and compact state.

Shortly after in 1929 Edwin Hubble, an American astronomer, published his discovery of the red shift – the acceleration of distant galaxies away from the Milky Way. This discovery supported LeMaitre’s theory.

LeMaitre described the initial cause of the expansion as an instability in the primeval atom, resulting in an explosion and then expansion.

Fred Hoyle, an English astronomer, criticized the theory and made a sarcastic remark suggesting the universe began in a “big bang.”

This name stuck, and today we know LeMaitre’s model of an expanding universe as the Big Bang theory.

Since then, several variations of evidence have been discovered to support the Big Bang theory.

One of the most important is the accidental discovery of the cosmic microwave background radiation by Arno Penzias and Robert Wilson in 1965.

Cosmic microwave background radiation was predicted to exist as the result of when approximately 400,000 years after the Big Bang the universe cooled enough to allow the formation of hydrogen atoms. These atoms then began emitting high frequency radiation.

Another piece of evidence more recently discovered is the primordial B-mode polarization. Patterns in the cosmic microwave background radiation which result from gravitational twisting of the early expansion of the universe are expected in measurements taken. However, this discovery by researchers at Stanford University may have been compromised by cosmic dust that was not accounted for, and currently the results are being further analyzed.

The Two Big Bangs theory suggests there are two definitions of the Big Bang. The first in which all matter and energy was contained in a singularity, which exploded and then cooled; the second in which the Big Bang is the inflation of the universe being guided by energy inherent to space itself – or vacuum energy.

The difference would be that the universe is inflating instead of expanding, and that the beginning of the universe wasn’t the “Big Bang.”

Some cosmologists believe the biggest flaw in the Big Bang theory is that it cannot explain what happened during the singularity, or before the Big Bang; the model only explains what happens immediately after the Big Bang occurs.

Researchers from Lethbridge, Alberta and Benha, Egypt came up with a new model, combining quantum mechanics and general relativity.

This new model removes the possibility of singularities, including the one the Big Bang theory suggests is the beginning of the universe.

In addition, it also suggests there will be no ending singularity, or the “Big Crunch.” This is when the universe is said to begin collapsing on itself until it is a single point once more.

The result is that there is no beginning and no end, and that the universe has always existed. The model does account for a smaller universe in the distant past, but not one which was a singularity.

This theory also explains dark energy and dark matter as the result of gravitons which existed earlier in the universe’s history and have no mass.

The Ekpyrotic Model suggests that the Big Bang was the result of two three-dimensional universes colliding in a fourth dimension.

The only aspects in which this model differs from the Big Bang theory is that the beginning is different, and that it is based on the string theory.

This collision explains the Big Bang, and also explains what existed or happened before the Big Bang. Instead of a dense singularity, two universes which were both mostly empty and cold came in contact.

When this contact occurred, the kinetic energy turned into electrons, protons, and quarks. Ripple in the fourth dimension causes the effects of the collision to happen everywhere in both universes at different times, which can explain fluctuations in radiation and energy densities.

This model remains unproven, and is but one of many theories being developed by cosmologists to explain the beginning of the universe.

The many theories on the origins of the universe shows that it continues to be a topic of great interest to cosmologists and physicists around the world.

The University of Manitoba’s resident parasitologist

Gut bacteria have a say in rheumatoid arthritis