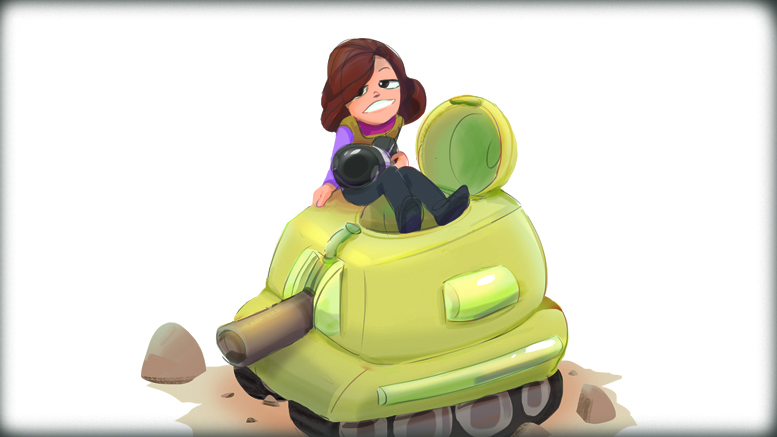 For many years, Tina Fey has been a force to be reckoned with in the comedy world. Beginning with her breakout in 1995 when she first joined the cast of Saturday Night Live, Fey later went on to become the head writer of the show.

Since then, Fey has continued to create many more hilarious projects, from the acclaimed television show 30 Rock to teen blockbuster Mean Girls. There is no denying her incredible talent. However, when considering which actress to cast in a drama depicting a journalist covering the war in Afghanistan, Fey may not be at the top of your list.

Whiskey Tango Foxtrot is based on real journalist, Kim Barker, who recounted her experiences in her book The Taliban Shuffle. Whiskey Tango Foxtrot was adapted from the book by Robert Carlock – a long-time writing partner of Fey – and was directed by Glenn Ficarra and John Requa (Crazy, Stupid, Love).

Like Barker’s book, Whiskey Tango Foxtrot is not approached as a typical war story. Comedy, romance, drama, and action are just a few of the genres the movie aims to conquer.

Fey plays Barker, a journalist asked to move to Afghanistan to cover the war. Barker – who has no kids and is unmarried – is an obvious choice for the job and initially intends on staying in Afghanistan for only three months, but ends up staying for three years.

The job does not start off very smoothly. Upon arriving in Afghanistan, she has serious problems adjusting to the cultural differences. But, with help from friends, Barker is quick to learn the ropes.

During the day, Barker and co. tag along with the Marines to conflict areas to report their stories. At night, they hop from bar to bar, drinking and partying in order to cope with what they saw earlier that day.

The entire supporting cast works wonders as each of their characters, with Robbie and Freeman particularly nailing their roles.

Also among the supporting players is the great Christopher Abbot, who plays Fahim Ahmadzai, Barker’s driver. It makes almost no sense to cast Abbot, an American, in the role of an Afghan man, but he succeeds in his portrayal nonetheless and adds great emotional depth to the film.

Whiskey Tango Foxtrot tries to take on a lot, attempting shifts between many genres with little notice. Individually, each of the tones at least subsist within the film, which excels in its comedic moments.

Still, the shifts in tone are choppy and disorderly, ultimately failing to form a logical theme. It is the performances by the cast – led by the remarkable Fey – that are the only consistent factors throughout the film. We expect Fey to pull off the comedy, but she goes even further to give a thoughtful, well-developed performance through all themes of the film.

Whiskey Tango Foxtrot is far from perfect, although I appreciate its attempt to create something unique in a market filled with remakes and sequels. Ultimately, it’s a solid film, held together by great performances and sublime comedy.

Visit www.cinemaclock.com to view all showtimes for Whiskey Tango Foxtrot at theatres in Winnipeg.

A glimpse into the forbidden world of the salon

Water belongs to everyone, and to no one