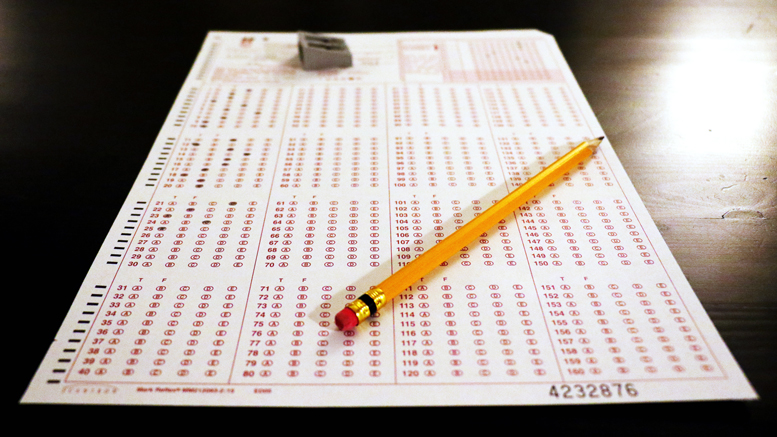 The University of Manitoba recently revealed a significant increase in incidents of academic dishonesty at the U of M, leaving the campus to search for a solution.

The University Discipline Committee’s (UDC) annual report to the U of M senate on Feb. 3 shows that the number of incidents of academic dishonesty and inappropriate behaviour during the 2014-15 school year is higher than from the year before, with 785 incidents reported compared with 559 in 2013-14.

The report shows that the increase is specifically due to a rise in reported incidents of personation, inappropriate collaboration, and plagiarism.

The UDC is responsible for the disciplinary cases that occur on campus, and is the highest level of appeal for students who contest a finding of academic dishonesty.

The number of cases of personation – impersonating another student at an exam or other evaluation – went from one case in 2013-14 to 20 in 2014-15, the highest number of cases in the past five years, as far back as the numbers presented to senate reach.

The report also showed that application fraud and contravention of examination regulations were also slightly higher in 2014-15 than years past. The numbers in the report show a steady increase in the number of recorded discipline incidents in proportion to the total number of students since 2010-11, starting at 1.4 per cent and rising to 2.6 per cent four years later.

The report concluded that the increase in the number of personations and inappropriate collaborations indicate a need for further observation and education when it comes to academic dishonesty, and that the increase could also be due to increased vigilance on the part of those reporting.

Don Fuchs, chair of the UDC, said that they are planning to monitor these patterns and focus on explaining these numbers.

“There is increased vigilance, but there is also increased opportunity to be dishonest because of the Internet,” Fuchs said.

Fuchs also addressed the anomalous rise in inappropriate collaboration, indicating the ambiguity surrounding this term given that a lot of faculties promote student collaboration through group assignments and presentations.

According to Fuchs, the senate will table various revised discipline policies over the next few months.
Fuchs said there are a variety of options the university is considering to address academic dishonesty.

One option is to introduce plagiarism detection software. This software would vet all assignments by examining and identifying signs of plagiarism.

Another option is the introduction of a mandatory tutorial for all undergraduate students.

Fuchs noted the tutorial would be helpful because most incidents of academic dishonesty stem from a lack of understanding of what terms like cheating, fraud, and plagiarism actually mean.

The options are currently being explored by the U of M Academic Integrity Working Group (AIWG).

Rebecca Kunzman, vice-president advocacy for the University of Manitoba Students’ Union and a student representative on the AIWG, said that the working group was first created to evaluate the practicality of purchasing plagiarism detection software, but has now moved in a preventative direction by focusing on reducing academic dishonesty through education.

According to Kunzman, the working group is currently focused on pushing two initiatives. The first is the mandatory tutorial, and the second is a minimum penalty structure so penalties don’t differ significantly from faculty to faculty.

Kunzman noted there was an increase last year in the number of students coming to UMSU advocacy because they received a disciplinary letter. She said students were frequently unaware of the policies, which is where the tutorial could help to decrease the number of incidents.

“It sounds like it’s going to be very interesting […] They’re talking about making it fun and interactive and they’re trying to make sure it’s really geared towards students,” Kunzman said.