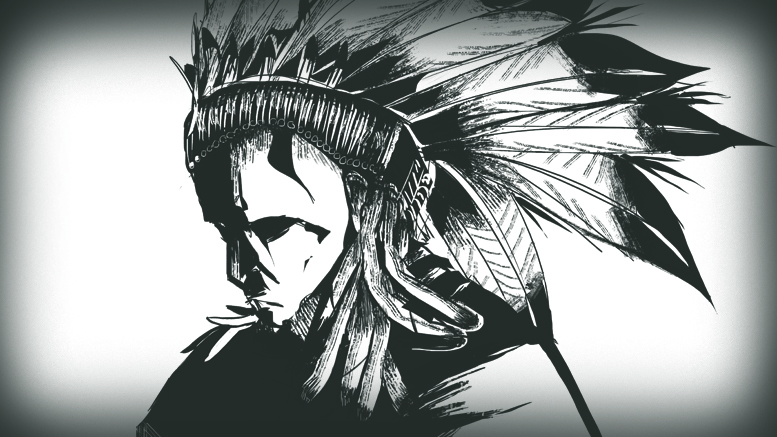 February is Black History Month. During February we reflect on the historical treatment of black people, who were taken from their homeland and carted across the Atlantic and, for those who survived the voyage, sold into slavery. That was just the beginning of the ill treatment of black people in North America, which continued well past the abolition of slavery and is still very much present today.

During Black History Month, we are encouraged to read books and watch movies that teach about the struggles that black people faced, and to reflect on and celebrate the accomplishments they have fought hard to achieve, such as the right to vote, access to education, and the desegregation of public spaces.

Black History Month is not just a U.S. observance; Canada also marks it with events, TV series, and radio broadcasts. Black History Month has also become the focus of marketing strategies for some businesses. One only needs to turn on the TV or walk by a bookstore to be greeted with a black history-themed advertisement.

Although there is a whole month dedicated to celebrating the achievements of black people and bringing awareness to their struggles throughout history, there is a definite lack of attention to the current struggles they face. While black people have made great strides in gaining basic rights and liberties we should not forget the long road ahead for full and complete equality.

In Canada, we celebrate Black History Month with, if perhaps not the same vigour as in the U.S., the same tenacity. Given the historical differences in how the U.S. treated black people compared with Canada’s role in the slave trade, the U.S. should indeed be more inclined to acknowledge Black History Month than Canada. However, Canada has its own history that needs to be accounted for. Many Canadians would be surprised to know that, in Canada, we observe National Aboriginal History Month in June, as well as Asian Heritage Month in May and Women’s History Month in October.

In elementary and high schools, youth in Canada read about Harriet Tubman, watch the Roots series, and learn about Rosa Parks and Martin Luther King. When I was in high school (admittedly, some years ago) we did not read about or discuss residential schools, attacks on indigenous tribes, or the cultural genocide of Aboriginal people in general.

I left high school with a very vague notion of who Louis Riel was, the extent of which was that he was a historical figure in Manitoba. Who he was or what he did, I could not say. The furthest we ever got to discussing indigenous and settler relations in school was the fur trade, which had a decidedly optimistic slant to it – something along the lines of “the settlers and Aboriginal people helped each other survive by trading furs and moccasins for spices and muskets.”

Perhaps things have changed since I was in school, and I hope that they have because that might signal a shift in the way Canadians understand our historical relations with Aboriginal people and how that shapes the many issues they face today. However, it still seems as though Canadians are more willing to accept the fact that black people have been ill-treated in the U.S. than acknowledge our own treatment of Aboriginal people. A good start would be to promote and truly celebrate Aboriginal History Month, the way that the both the US and Canada have embraced Black History Month.