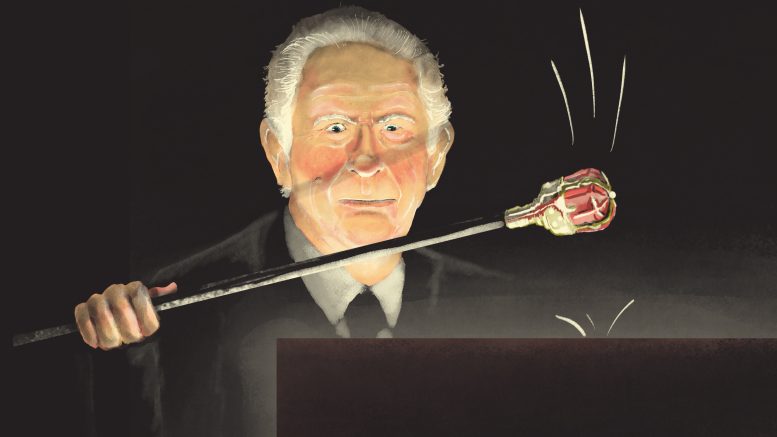 The British Royal Family should be scrambling to save face as a new batch of drama has
surfaced with the highly anticipated release of the new season of The Crown.

This season is especially scandalous, as it follows the highly controversial and public
cheating affair of then Prince Charles during his marriage to the late and beloved Princess
Diana.

In case you’re unaware, The Crown is a fictional Netflix original drama that draws
inspiration from the lives of the late Queen Elizabeth II and her family. The television show
recreates the political and personal historical occurrences that shaped Queen Elizabeth II’s
reign.

Controversy has been glued to the series since its creation, with many accusing it of being
exploitative and damaging to the Royal Family. This has led to calls for the show’s
cancellation from former prime ministers, cabinet members, royal experts and royalists alike.

After six years of airing, the show finally added a disclaimer for season five stating that it is
a fictional dramatization. This was done in response to the pressure and criticism the
streaming giant received when Oscar-winning actress Dame Judi Dench wrote an open
letter calling the show “cruelly unjust” and requesting that it include the disclaimer at the
beginning of each episode.

Under normal circumstances, I could understand the uproar over the uncomfortable and
intrusive nature of this show. Nevertheless, these circumstances are different, thus my level
of sympathy is also different.

If an average Joe across the block had a major streaming service produce and profit off a
drama inspired by two generations of his family’s dirty laundry, I could understand and
support the fury. I would be upset too. However, if I got £86.3 million from British taxpayers
to fund my lavish lifestyle and to perform royal duties, I think I could find it in my heart to let it
slide.

It’s very difficult for me to sympathize with the concerns regarding the show since I think
they are unnecessary and misplaced, especially considering that the series never claimed to
be an accurate account of royal history.

I can’t help but hope that the monarchy must have something more productive to do
instead of focusing its energy on a Netflix series.

The monarchy is a damaging, exploitative and cruelly unjust archaic system that serves no real
purpose in modern society other than to serve as a tourist trap for the U.K. The very least they could
do is provide inspiration and entertainment to their citizens.