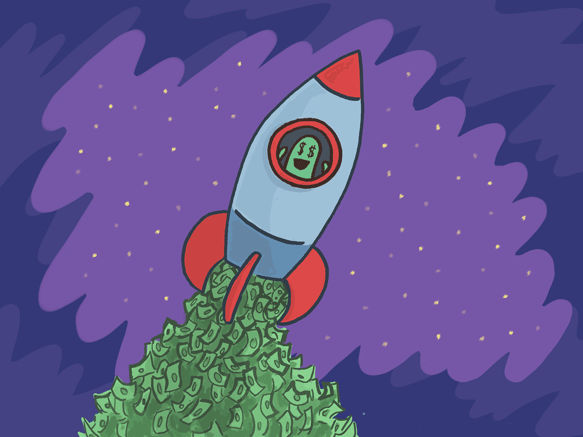 A decade ago, it would have been hard to believe that two eccentric billionaires would be making passive-aggressive remarks via social media on each other’s rocket capabilities. However, near the end of 2015, both Elon Musk of SpaceX and Jeff Bezos of Blue Origins did just that.

It all began after Blue Origin completed a successful vertical take-off and landing (VOTL) of the Shepard rocket on Nov. 23, which reached a maximum height of approximately 100 kilometres and maximum speed of 623 kilometres per hour.

Social media exploded with commendation on the feat, some crediting the company for doing what SpaceX failed to do during its last attempt to re-land a Falcon 9 rocket vertically.

Musk chimed in, adding in his congratulations via social media. However, this tweet was followed by several others, explaining that this accomplishment was not so ground-breaking.

“But credit for 1st reusable suborbital rocket goes to X-15 […] And Burt Rutan for commercial.”

SpaceX went on to successfully vertically land its Falcon 9 rocket on Dec. 21, which reached a maximum height of 660 km, hit Mach 1 (1,195 km/h), and launched a payload of 11 ORBCOMM satellites (each weighing roughly 172 kilograms) into low-Earth orbit.

Not missing a beat, Bezos tweeted his own congratulations, subtly returning jabs at Musk and SpaceX: “Congrats @SpaceX on landing Falcon’s suborbital booster stage. Welcome to the club!”

Without turning the Manitoban into the gossip column of space, it is important to point out the chest-beating among billionaire space giants to emphasize where the space industry is at now. We are now in a time where private companies are competing against one another for dominance in space technology.

SpaceX and Blue Origin are not the only commercial space companies on the block either. Many private companies are simultaneously throwing their hats into the reusable rocket ring, such as United Launch Alliance.

Just like in any other industry, increased competition will call for increase in innovation. The year 2015 saw plenty of that. 2015 also saw other developments that are sure to stimulate the commercial space sector in 2016.

The U.S. officially implemented the SPACE Act, which provides ownership rights to resources mined on asteroids. While there is no clear international law on this matter, it is the first step to encourage U.S. companies to invest in the technology and research required to do so.

Richard Branson of Virgin Galactic also vowed to get his company back on track for commercial space flight in the upcoming year, enlisting the help of famous physicist Stephen Hawking. Hawking will be unveiling the company’s newest spaceship once it is ready.

Additionally, Russia dissolved the country’s national space agency, which was reinstated as a state-run corporation on Jan. 1. This may put ROSCOSMOS in a better position to compete with commercial entities.

The activities of 2015 took us to an interesting point in space history. We now wait to see if 2016 will finally bring us sub-orbital space tourism, an official announcement of a mission to Mars, and the first launch of personnel from the U.S. since the shuttle program.

Notes from the Star Field