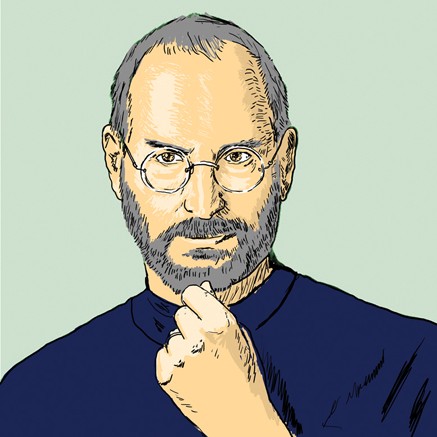 It is a challenging task to depict the life of a man who achieved and experienced so much. It would be very easy to get a movie of such importance terribly wrong.

But, when I heard that writer Aaron Sorkin (A Few Good Men, The Social Network) would be adapting Walter Isaacson’s 2011 biography on Apple co-founder Steve Jobs for a screenplay, that Danny Boyle (Slumdog Millionaire, 127 Hours) was set to direct, and that Michael Fassbender was cast to play Jobs himself, I knew Steve Jobs was in great hands.

So how does one go about capturing the life of one of the most significant icons in America’s technological uprising? The easy answer would be to focus on the most important moments of Jobs’s life and career in chronological order (Jobs died in 2011 at age 56, after battling pancreatic cancer). Fortunately, this is far from the approach Sorkin took to his screenplay.

Steve Jobs is structured as three half-hour acts, each depicting the moments backstage before a pivotal product launch in Jobs’s career (the Macintosh in 1984, the NeXT cube in 1988 after Jobs was fired from Apple, and the iMac in 1998 after Jobs had been reinstated as CEO of the company he helped found). A few flashback scenes are added for context.

This structure is the perfect way not only to showcase Jobs’ illustrious career, but also to understand how he operated personally. This is shown by his outrageous demands (Jobs insists on having the Macintosh say “hello” for a product launch, despite his team telling him it’s impossible), and how he treats his friends and colleagues.

Sorkin’s script moves remarkably fast, and he demands the audience keep up.

Does Sorkin at times get caught up in his own cleverness? Perhaps – the movie is in fact chock full of metaphors and very quotable lines (at one point Jobs says, “musicians play their instruments. I play the orchestra.”), but that doesn’t make it any less of a blast to watch.

Boyle, a truly remarkable filmmaker, does an incredible job of directing Sorkin’s material with speed and finesse. Boyle uses a combination of inspiring cinematography. The 1984 act was shot on 16mm film, 1988 on 35mm, and 1998 was shot in high-definition digital, to represent the film technology available at each time period. Imaginative visual effects are combined with this to bring Sorkin’s material to life.

With Sorkin’s rapid script, and Boyle’s inventive direction, the last piece of the puzzle is left to the actors, and boy do they deliver.

Fassbender leads the cast with a ferocious performance, not missing a single beat. Despite bearing little physical resemblance to Jobs, Fassbender immerses himself in the role, playing Jobs like a man possessed.

There’s also a lot to be said for the perfectly cast supporting players as well.

This is best seen in a sequence depicting a yelling match between Jobs and Sculley, cutting to flashbacks throughout the scene to show how Sculley got Jobs fired from the very company he founded.

Sorkin doesn’t just focus on the achievements of Jobs’ career.

An overriding theme in the film is the relationship between Jobs and his daughter, which often casts the protagonist in a harsh light.

In 1984, Jobs denies paternity of his five-year-old daughter Lisa (Makenzie Moss). Despite Jobs’ millionaire status, Lisa and her mother, Chrisann Brennan (Katherine Waterston), are on welfare. In 1988, nine-year-old Lisa (Ripley Sobo) attempts to get closer to her father, but a real relationship never forms. It is not until the spat between 19-year-old Lisa (Perla Haney-Jardine) and her father in 1998 that we really see the emotional side of Jobs. Jardine keeps up with Fassbender terrifically, which is no easy feat.

Sorkin and Boyle attempt to look past just the achievements of a complicated figure, and more closely at what drives him.

Steve Jobs does incredible work giving the audience insight into a man who has transformed the way we communicate.

Robots the ally, not adversary, of labourers

Internal combustion: the way of the future