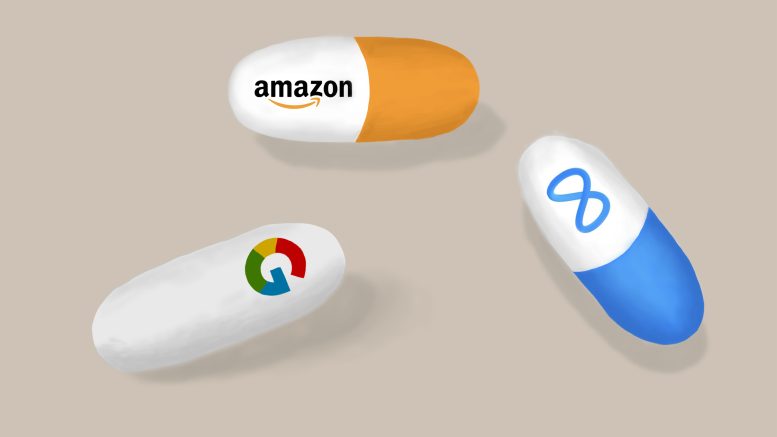 When Elon Musk purchased Twitter this year for US$44 billion, the ship-jumping began,
with many Twitter users urging others to switch platforms.

What is perhaps being reached for, yet overlooked, in Musk’s disastrous takeover of the
social media platform is that one billionaire should not be able to purchase the virtual town
square. What’s more, Twitter’s new ownership has shone a light on the ugly balkanization —
in other words, division and compartmentalization — of the internet into privatized
companies.

The World Wide Web was created by Tim Berners-Lee as an information superhighway. It
was always meant as an access point for the exchange of information and connecting
people from opposite sides of the world, meaning you didn’t necessarily have to join a
private company’s website to speak to other human beings online.

David Bohnett, the founder of the early internet’s free webpage platform GeoCities, said in
a recent interview with Gizmodo that “we’re really not one Internet,” noting, “it’s become very
what I call ‘balkanized.’”

While monetization has played a major role in destroying the fun of the internet — one
only has to attempt to watch a YouTube video without an adblocker to see my point — it is
how the internet has been balkanized throughout the world that has set the present-day
internet’s dangerous precedent.

The constant pop-ups and paywalls have been a convenient distraction from how the
internet has separated the masses into distinct echo chambers, but this balkanization has
been occurring quietly for years.

One only has to look to the internet of the early-2000s to see how it has since been
partitioned into Myspace, 4chan, Reddit, Facebook, Instagram and Twitter, among others.
However, the World Wide Web has always been a virtual Wild West if you know how to
peel back the corners of the viewable web. Yet, it is this surface-level sphere of balkanized
websites-turned-apps responsible for shaping discourse and dividing the masses more than
ever.

Google is a large player in the balkanization of the web as the premier internet search
engine. The problem with Google is in fact what has become the problem with the internet in
general — search results are returned and ranked by what Google’s algorithm believes is
most relevant to the query.

This means that the search engine might not be giving you the information you were
actually looking for. More importantly, as a search engine Google does not prevent Search
Engine Optimization (SEO) on its platform.

Google hits thrive on SEO, meaning that mainstream news websites will purposefully use
viral keywords in their headlines or modify their website to appear on Google’s first page of
results. This can lead to the same handful of news sites appearing in searches again and
again.

While having mainstream news sites in your search results is not necessarily bad, through
SEO practices Google furthers the problem where the same few corners of the internet reach out to filter their online customers into subsequent left-wing and right-wing perspectives.

In comparison, the early age of search engines was directory driven, where you had to
seek out your corner of the internet while being presented with other options.

All of this has made me wonder if nostalgia for the ’90s is not necessarily for “simpler”
times — the world’s affairs have never been simple — but for the tangibly simpler, like the
dial-up internet that didn’t necessarily steer you into your culturally determined echo
chamber.

While not trying to romanticize the early internet too much, it really was a time before the
rise of social media bots, where you could carve out a modifiable space for yourself in the
new virtual world.

It was before the rigid presets of social media websites, before the dark times of YouTube
ads, before the empire of billionaires controlling cyberspace from web service giants like
Amazon and Meta.

40 per cent of the surface-level internet that is used in some aspect of our everyday lives
is controlled by Amazon Web Services (AWS) — from Netflix to the Globe and Mail. AWS
specifically helps companies maximize their SEO, meaning that AWS is helping to filter
which websites and information are brought to the forefront of searches. Once again, this
creates an easier entry into our virtual echo chambers by prioritizing only mainstream
websites to consumers.

Now more than ever, the balkanization of the internet has spilled over into real life. From
Pizzagate to QAnon to the trucker convoy, the shepherding of internet users into echo
chambers has divided us more than ever and spurred on dangerous real-life events.
One only has to look to Jan. 6, 2021 in the United States to see how one man’s social
media peddling inspired a real-life wave of angry voters who believed the voting system was
rigged.

Worse yet for Canadians, federal Conservative party leader Pierre Poilievre’s YouTube
videos were recently found to have been using male supremacy dog whistles in their tags.
Male supremacist and misogynistic rhetoric has led to multiple deaths in our country, most
recently in the 2018 Toronto van attack when a self-proclaimed “incel” motivated by
misogyny killed 11 people.

What is most concerning outside the political realm is how dangerous the tenuous access
to an internet host is in the world.

In 2021, pre-Meta Facebook went down. This rocked the Asian, African and Latin
American economies, as Facebook was practically the only corner of the internet available in
many of those regions. Real working-class people had their incomes disappear simply
because of the separation of the internet into boxes such as Google, Meta and AWS.

The balkanization of the internet, then, has never been more dangerous.

We need to begin holding these tech giants accountable through active petitioning and
boycotting. Further, we need to put real-life pressure on governments to hold the companies
controlling the information superhighway accountable, or better yet, break them up. Otherwise, the
virtual world will continue to be monopolized, and in turn, its users balkanized.

What is an algorithm?