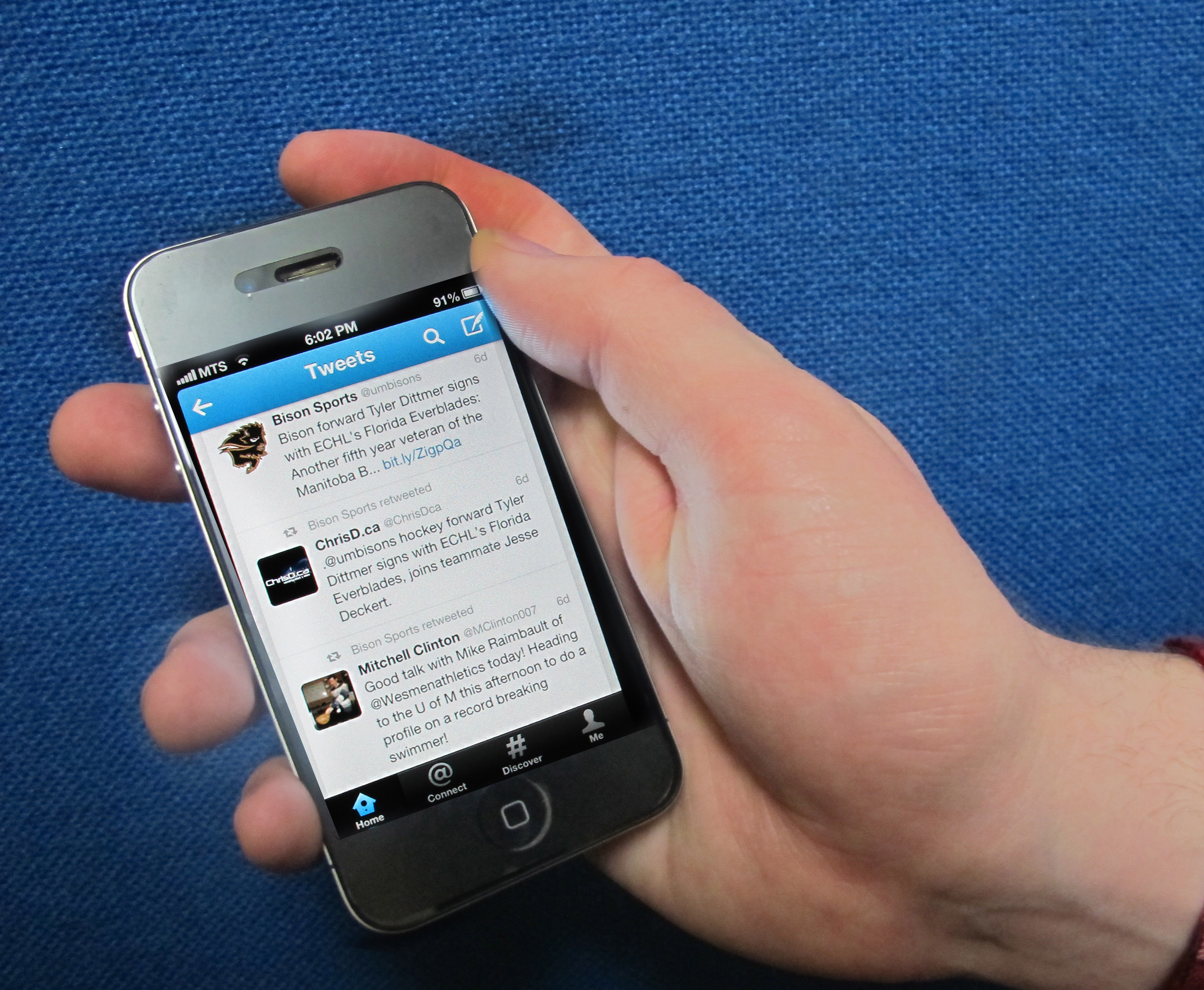 Social media and the sports world have endured a somewhat rocky co-existence, ever since phrases like “tweets” and “status updates” became socially accepted parts of modern speech.

The rise in popularity of social media outlets like Twitter and Facebook has helped in part to bring the sports world right to your phone or computer. Whether you’re following a major event like the World Cup, or hoping to receive instant updates from your local sports team’s favourite athletes, social media has brought sports fans closer than ever before to the sports and athletes they admire.

But at the same time, social media has also created a whole slew of potential pitfalls that organizations and their players must address and work together to avoid. At the 2012 London Olympics—the first Olympic event where the IOC officially outlined guidelines for social media use—Twitter caused quite a stir of controversy, with some athletes finding themselves in hot water from posting critical or—in the most extreme case—racist comments through their personal accounts.

Chris Voth, a fifth-year Bison volleyball athlete who has taken on the responsibility of maintaining Bison Sports profiles on sites like Facebook and Twitter, described how some incidents at the London Olympics helped to illustrate the importance of maintaining self-restraint on social media.

“We tried to make sure everyone is really careful about stuff that they’ve posted,” Voth explained, adding, “Same thing goes for Facebook, obviously, and for Instagram. You don’t want to be posting things that could come back to bite you later on.”

Voth clearly seems to have a firm grasp on the implications of always being conscious of what message you’re putting out there when you post on Twitter or Facebook, and was supportive of student-athletes being provided with social media training. He also described the positive role that social media can play for schools and students alike.

“I think because it’s such a big thing, it’s good to have that for marketing, and [try to get people to follow student-athletes],” Voth noted. “I think it’s a good [marketing] stream we can start utilizing more, but at the same time there are a lot of risks with it.”

Unfortunately, as social media continues to become more ingrained within our society, universities and other sporting organizations have necessarily become concerned with how athletes conduct themselves online as representatives of their program or brand.

Major American universities have already begun to address how student-athletes utilize social media. For starters, the NCAA has specific guidelines regarding how coaches and current student-athletes can interact with prospective recruits through social media. Meanwhile, coaches across the U.S. have instituted outright bans on Twitter in reaction to different incidences of student-athletes posting inappropriate content on their private pages.

Whether restricting access to social media infringes on a student-athlete’s right to freedom of speech is certainly worthy of debate, but with most American schools pumping millions of dollars into their athletic departments, it would seem that removing the public relation risks involved with Twitter is higher on the school’s list of priorities.

In Canada, many schools are just starting to address social media use by student-athletes. Ben Matchett, the assistant athletic director for the University of Calgary Dinos, says the school is currently drafting social media guidelines for student-athletes to be included in the 2013-14 student-athlete orientation.
Matchett explained that incidents elsewhere—especially within the NCAA—have highlighted the need to provide student-athletes with the tools to properly conduct themselves online. They hope to get in front of any potential issues that may arise.

Recently, the University of Manitoba has dealt with their own controversy regarding social media, as incoming UMSU president Al Turnbull caught flack for a Facebook photo from a Bison football trip in which Turnbull and another Bison athlete donned a t-shirt featuring a sexist phrase.

Turnbull, a third-year linebacker with the Bison football team, had the photo on his personal Facebook account when it was copied and shared without his knowledge or consent.

As student-athletes, Turnbull and his teammates are required to respect the code of conduct that they sign at the beginning of every year. Bison Sports assistant athletic director Curt Warkentin explained the purpose of the code of conduct, and how it is enforced:

“It provides opportunity for education and expectations. If there were actions that warranted some sort of consequence, by having this form signed [by the student-athletes] it gives us the ability to institute some of the consequences we list at the bottom of the form.”

Those consequences range from verbal and written warnings to suspensions.

Currently, the language of the document covers player conduct when competing. There is a section on respecting other teammates and “not engaging in any form of hazing or any form of sexist, racist or discriminatory language and or behaviour.”

Like in Calgary, Bison athletes are presented the code of conduct to sign annually at an orientation event. The Bisons have also been seriously discussing the creation of a social media policy, whether it’s an addition to the current code of conduct or a separate form altogether. However, according to Warkentin, they do not feel that social media training should trump the other parts of the student-athlete orientation.

The administration surely wants to prevent any future trouble regarding student-athletes on social media, but Warkentin does not believe the university is necessarily responsible—or that it is even financially possible—to monitor what all Bison athletes are posting on social media.

Warkentin argues that it’s easy for an error in judgment on Facebook or Twitter to be blown up into a big scandal, while an athlete’s positive contributions to the school or community are ignored. Detractors should not be so quick to pass judgment without looking at the full picture.

“You know, it’s not fair when they’re a Bison athlete that they’re going to be asked to do and behave and conduct themselves in a way that’s holding them to a higher standard than every other, or any other University of Manitoba student,” Warkentin explained. “However, we’re not all focused just on necessarily what’s fair – we’re trying to build leaders. We’re trying to educate. It’s the university; we’re trying to be an arm of the education institution.”

“When we present the code of conduct at the beginning of the year, and we talk about their conduct on trips or even in the community, [we explain] that they’re representing their school and their team and Bison Sports wherever they happen to go.”

“We acknowledge that it’s not entirely fair to them, but that’s part of accepting the responsibility of being on that team. It is important to keep educating and keep working with the young people on these things. We acknowledge that they’re going to make mistakes.”

In response to the Turnbull Facebook photo controversy, the administration appears to have dealt with the issue internally. Warkentin indicated that it has been a topic of discussion, and that conversations with the coaches and players involved have already taken place.

3D printing a breath of fresh air for medical research

Letter to the editor