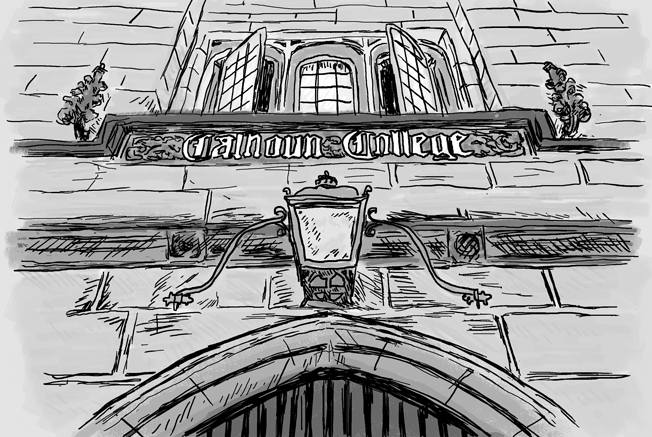 The issue of racism on U.S. university campuses is gaining international attention again after disputes over offensive Halloween costumes came to the forefront at Yale University.

Erika and Nicholas Christakis, two faculty members and student residence masters, are under fire for expressing dissenting views after administrators sent out an email condemning offensive Halloween costumes like blackface, turbans, and headdresses with feathers.

Protesters are now calling on the university to dismiss the two faculty members, who made their views public through an email response from Erika’s email account sent to all students in Silliman College – one of the Ivy League school’s residential colleges.

In her email to Silliman students, Erika reflected on “the consequences of an institutional (which is to say: bureaucratic and administrative) exercise of implied control over college students,” from what she called an “intellectual approach.”

She countered Yale officials, taking the position that they should not be dictating Halloween getup. Erika said that students should be able to make their own decisions about what to wear and face the consequences, rather than have administrators doubt their judgements and infringe on their rights to free expression by imposing restrictions on their choice of costume attire.

She quoted Nicholas, who said, “if you don’t like a costume someone is wearing, look away, or tell them you are offended. Talk to each other. Free speech and the ability to tolerate offence are the hallmarks of a free and open society.”

This advice did not sit well with some Yale students who were outraged by the masters’ perceived lack of sensitivity. The masters’ advice backfired against those who used it, some students said.

Lex Barlowe, president of the Black Student Alliance at Yale, said in an interview with Democracy Now! that students who confronted those wearing inappropriate costumes were met with hostility and violence.

“When students actually did try to engage with people, they were harassed, they were mocked, they were, you know, physically intimidated,” Barlowe said. “And so, it really did create a completely unsafe atmosphere on campus.”

A second incident has been tied to the backlash against Yale administration. One woman reported being turned away from a fraternity party because she is black.

Students demanded an apology from their administration for not responding to the situations with the same urgency with which they had responded to previous insensitive encounters on campus. Jonathan Holloway, the first black dean of Yale College, and university president Peter Salovey each eventually responded to both incidents with letters of support and concern for the upset students.

These two cases have boiled over against the backdrop of a racially tense history at Yale.

Earlier this year, students rallied to rename Calhoun College, which was named in 1933 after John C. Calhoun, a Yale valedictorian, politician, and one of the most prominent white supremacists of the 19th century.

Yale has a distinct residential college system, which includes Silliman College and Calhoun College, among others. All incoming undergraduates are randomly assigned to residential colleges before starting their first year and spend their entire degree affiliated with that school. According to their website, this fosters “spirit, allegiance, and a sense of community” and “most Yalies are quickly convinced that their residential college is the best.”

The master at any one of Yale’s twelve residential colleges lives among students to act as the chief administrative officer and provide faculty presence in the dormitories. The master is responsible for the “physical well-being and safety of students in the residential college, as well as for fostering and shaping the social, cultural, and educational life and character of the college.”

Another concern, which had been raised earlier this year, was reiterated recently by Yale protesters who suggested that the heads of these residential colleges should no longer be referred to as “masters.”

Although the traditional university title is not rooted in slavery, Stephen Davis at Yale’s Pierson College requested that students stop calling him master because, he said, no African-American should have to refer to someone as their “master.”

The cycle of women, media, and consumerism: Have we really come as far as we think?