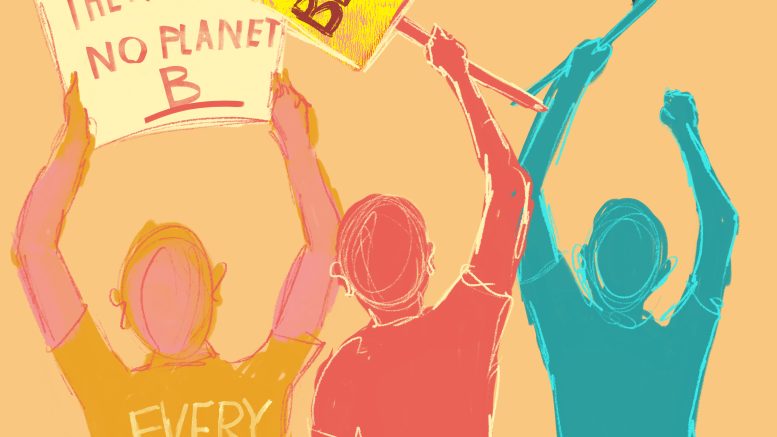 I remember sitting in my first Model United Nations conference in 2018. It was the Honduran national competition with only 10 committees, yet each analyzed every aspect of one’s life. From balancing religious liberty and 2SLGBTQ+ rights to addressing the rights of linguistic minority groups, that conference broadened my horizons regarding what lies within the political spectrum.

When we think of politics, we often associate it with bureaucracy, protocol and authoritative figures such as the reigning monarch or prime minister of the day. Although those concepts and roles are evidently part of the political realm, they are only half the story.

It was Aristotle who said that one is “by nature a political animal.” Though I am not one to favour Aristotle’s doctrine, this particular phrase denotes people’s impulse toward partnership, especially to achieve a common goal.

Take the Stonewall Riots as a clear example. Before and during the 1960s, the 2SLGBTQ+ community in the United States was forced into hiding — often finding refuge in queer clubs — due to the strict restrictions put in place by the government. It was not until police entered the Stonewall Inn — a welcoming queer bar that enhanced the diversity within its community — through a warrant in 1969 that the community fought back, relentlessly protesting in the area for five more days and paving the way for 2SLGBTQ+ activism.

Though protesting and rioting are undeniably political demonstrations, the impact of such is also of political nature.

Since 1980, the 2SLGBTQ+ community has gained increasing social acceptance in 56 countries and locations. Furthermore, we have seen an increase in queer representation within our Canadian elected officials.

In retrospect, the fact that members of the queer community are not only able to openly express themselves, but also productively engage in government affairs that fall outside the realm of activism for their own community, is political.

Not convinced that we are naturally political? Well, what about the ‘Persons’ Case of 1929?

In 1929, not all Canadian women held the right to vote, and, in general, were unable to hold public office, least of all be appointed to the Senate. Through the advocacy of Emily Murphy and the “Famous Five,” the Privy Council of Great Britain eventually ratified that under Section 24 of the British North America Act, 1867, women were legal persons and could be appointed to the Senate.

The mere fact, then, that women are fully recognized as people and can exercise all of their rights freely without having to refer to a higher authority for approval is political.

New generations have developed a sense of skepticism when it comes to engaging in matters that they deem as political, but the truth is that everything we know today is the result of some level of political action.

The only ones affected by political abstention or skepticism are ourselves, as we are denying who we are: political beings. Though the world of politics is well-known for being corrupt and self-serving, I like to believe that this view is narrowly defining what it means to be politically involved.

Let’s start conversations on matters that pertain to the well-being of not only us, but our community at large. Start making changes where you see injustice, or at least have strong opinions about something you are passionate about. Let’s start putting our values and beliefs above anything else.

I have come to understand that making change is hard, yet not impossible. The desire for change that I and many others carry is the result of the relentless fighting by those who came before us, and that is as political as it can get.