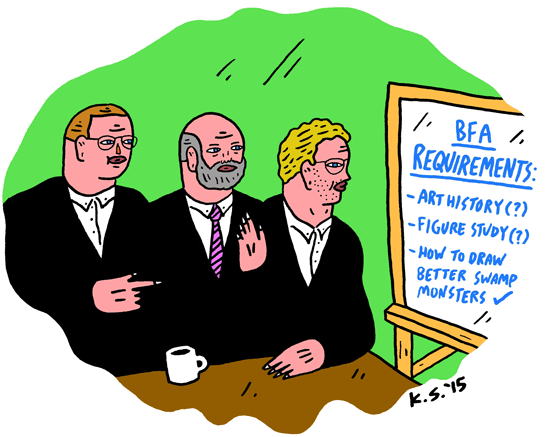 In an article in the Nov. 11 issue of the Manitoban, UMSU president Jeremiah Kopp mused on the potential for a new mandatory course requirement, specifically a mandatory indigenous course requirement. He said UMSU was waiting for a grassroots proposal before it develops a strong position on the issue.

While no proposals have yet been brought forward to public attention, it’s only a matter of time. Progressive students at this university won’t be out-progressed by progressive students at the University of Winnipeg, who already have such a mandatory course requirement approved. As such, it’s worth having a discussion about the role of mandatory courses in the university.

Decisions about mandatory courses are best left to the individual departments. Department members are experts in their field; they know what a student needs to study in order to achieve a standard of competence in their specific discipline. If the department of electrical and computer engineering feels that all of its students need to study ECE 4100 – “Introduction to Microelectronic Fabrication,” then so be it.

Of course, there must be oversight in setting mandatory courses. It’s not that the department of electrical and computer engineering would mandate its students to take MUSC 1192 – “Jazz Rhythm Performance Techniques,” but there needs to be a process in place to prevent such hypothetical situations. There needs to be a higher body that accepts or rejects the mandatory courses chosen by the individual departments.

The university’s senate is that oversight.

As per the University of Manitoba Act, the senate has “general charge of all matters of an academic character.” By law, it is the body that ultimately approves all mandatory courses.

Departments bring mandatory course proposals to the senate, and the senate votes to accept or reject them.

Technically, the senate has the power to impose any mandatory course on any degree program it pleases. But individual departments, not the senate, are the content experts. That’s why the role of the senate is largely to accept and reject, rather than to propose and impose.

The current academic arrangement at the University of the Manitoba works well. It acknowledges the expertise of individual departments, while respecting the senate’s legislated oversight.