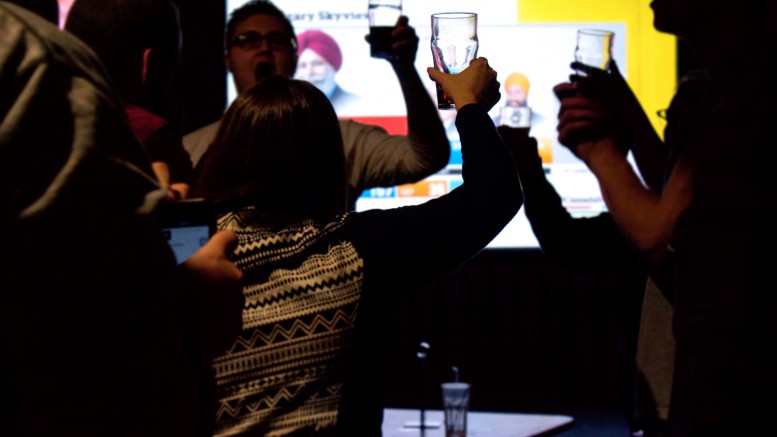 A new group of MPs are headed to Ottawa to form Parliament after Justin Trudeau’s Liberals won a majority government on Oct. 19.

The Liberal Party swept in constituencies across the country, siphoning support from both the Conservatives and NDP, ultimately garnering 39.5 per cent of the popular vote which translated to a whopping 184 seats. The strong showing represented a major return to form for the party which had been relegated to third party status after the 2011 election.

While Vandal, Duguid, and Carr showed strong early polling numbers and were projected to win their seats, Ouellette and Eyolfson’s wins over longtime MPs Pat Martin of the NDP and Steven Fletcher of the Conservative Party were not predicted by early polls.

With Daniel Blaikie reclaiming Elmwood-Transcona from Conservative incumbent Lawrence Toet in a race decided by 51 votes, the Conservatives were effectively shut out of Winnipeg.

Rural Manitoba did not show any party changes with Niki Ashton holding onto Churchill-Keewatinook Aski for the NDP and the five southern seats remaining Conservative. These included incumbent MPs Candice Bergen for Portage-Lisgar, James Bezan for Selkirk-Interlake-Eastman, Ted Falk for Provencher, Robert Sopuck for Dauphin-Swan River-Neepawa, and Larry Maguire for Brandon-Souris.

In response to consistently low turnout, Elections Canada put forward efforts into a pilot project reaching out to underrepresented demographics, including students, this election.

Over 70,000 people registered to vote and cast their ballots through more than 50 offices set up as part of the pilot project across the country. Over 1,000 eligible voters cast their ballots at the U of M polls located in Pembina Hall on its Fort Garry campus, compared to only 25 participants in the last federal election’s special polls.

University of Manitoba Students’ Union president Jeremiah Kopp spoke highly of the program and was thrilled to see such a high turnout among students.

“Polls were central, but not thoroughfare […] we tried to make it as convenient as possible and increase awareness.”

Kopp said his executive used Facebook and email to reach out to students. The student union also spread the message with bullhorns riding aboard golf carts to transport students to and from the polling stations across campus.

Kopp told the Manitoban about his reaction to the overall results of the federal vote.

“I thought it was a really positive change. I’m glad that Stephen Harper was voted out,” he said.

But Kopp was not surprised at the outcome based on student response and trends in the polls. He said he believed the student vote made a major impact, adding that “there were a lot of anti-Harper sentiments, a lot of people saying ‘anything but Harper.’”

Kopp, who has been tied to the Liberals for over a decade and serves as past president on the Young Liberals of Manitoba executive, said that the majority government outcome “shows the strong will of the people.”

Michael Barkman, chairperson of the Canadian Federation of Students-Manitoba, praised the work of his provincial and national-level organizations for relatively high voter turnout at post-secondary campuses across Canada.

“Youth came out to vote in record numbers thanks to the Canadian Federation of Students’s efforts to get polling stations on campus,” said Barkman.

Barkman stated his opinion about the youth vote in an email to the Manitoban.

“Youth were tired of years of Conservative neglect and were motivated to elect a government that would support student issues. The Liberal Party presented a platform that featured student issues, including debt relief until graduates are making at least $25,000 and an increase to Canada Student Grants for low-income students.”

Barkman said he hopes that students across Canada will hold the new government to account on their campaign promises and advocate for accessible and quality education for Canadian students.

Lots of love for the Lytics