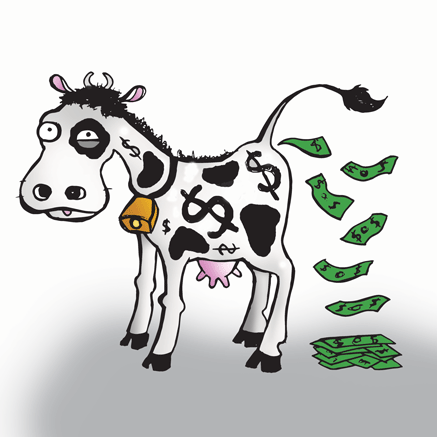 On Oct. 5, 2015, after five days of intense negotiations, Canada agreed to a tentative trade deal called the Trans-Pacific Partnership (TPP) alongside 11 other countries.

In the wake of recent speculations about the potential implications of the deal, two University of Manitoba professors published a research paper on the impact of the trade agreement on the current supply management system for Canadian dairy and poultry products.

Supply management is a system whereby the federal government imposes production quotas and restricts imports on dairy and poultry products, thus limiting competition for Canadian producers. This system subsequently drives up the prices paid for these products by Canadian consumers.

Ryan Cardwell and Chad Lawley, professors in the department of agribusiness and agricultural economics at the U of M, and Di Xiang, a sessional instructor in the department of economics, authored the paper, titled “Milked and Feathered: The Regressive Welfare Effects of Canada’s Supply Management Regime.”

The paper is a comparative study of the dairy and poultry market with and without the supply management system.

The paper argues that, as a result of supply management, low-income Canadians spend a disproportionate share of their annual income on dairy and poultry products when compared with higher-income Canadians.

“We discovered that the supply management regime that we have in Canada increases the prices of dairy and poultry products above what they will be without the policy and the policy imposes a heavy burden on households – particularly poor households that spend a large share of their income on food,” Cardwell told the Manitoban.

The TPP deal will result in small increases in the amount of dairy and poultry products that will be imported into the country due to the decrease in import tariffs negotiated as part of the deal.

Cardwell, Lawley, and Xiang estimate that the TPP deal will result in $400 million of annual savings for Canadian consumers. That amounts to $6 billion in savings over 15 years.

This led to the announcement by the federal government of a compensation plan for Canadian producers of dairy and poultry products to the tune of $4.3 billion over 15 years.

“We have been through several trade agreements which provided the government the opportunity to unravel the system and make use of the opportunity,” he said.

“It seems that all national parties have pledged their allegiance to this and it is very unlikely that it will be going anywhere.”

There’s a USB port in that wall!