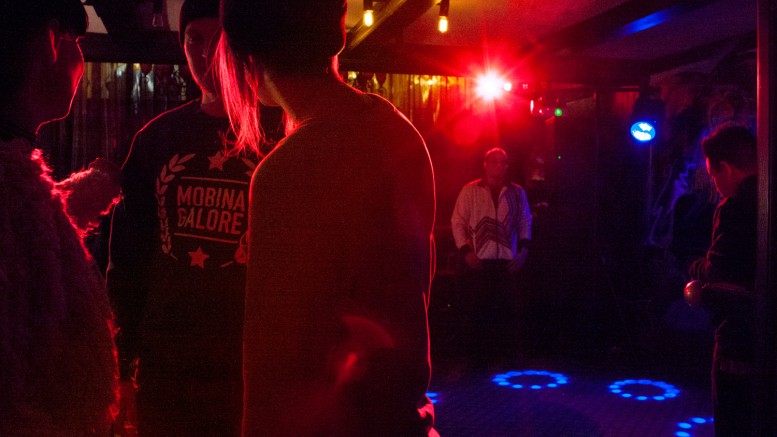 Three years ago, downtown Winnipeg lost one of its favourite bars – the Lo Pub. But there’s a new pub in town that promises to amp up the city’s arts scene.

The Knndy is a recently opened bar and arts venue that is located in the exact same space as the defunct Lo Pub. The new downtown spot opens as a bar and restaurant during the day, but functions as a live entertainment venue at night.

Jamil Chaudhry is the Knndy’s director of operations and he would be the first to dismiss the idea of the pub being just a pub. He wants the Knndy to be known as a live arts and entertainment venue that opens its stage to artists, musicians, comedians, poets, and spoken-word artists of any cultural background.

“It is a community live venue […] we cater to pretty much all cultures,” Chaudhry told the Manitoban.

Those that used to frequent the Lo Pub meet familiar sights on entering the establishment. A few furnishings – some brass rails and window fittings, among others – have been unmoved to preserve some trappings of the original space.

“This place has quite a bit of history,” said Chaudhry.

“Winnipeggers like to see different things. Keeping that in mind, [showcasing the] old and new is the main concept of the Knndy.”

The space’s interior design gives the pub a fresh and artsy vibe. The walls are lined with murals, pictures, and paintings submitted by local artists, and the stage is decorated with colorful installations. At first sight, the Knndy looks like a cross between an open concert hall and an arts studio.

That being said, the services at the bar are complementary to all that the pub has going on. The menu consists of tasty food and fancy drinks from different cultures, and the pub offers catering services as well.

Downtown Winnipeg is home to most of the city’s nighttime hotspots and Chaudhry emphasizes that the Knndy is only here to contribute.

“We are just an addition to the same culture. We are not here to see who is going to do better or worse […] This venue is not about the competition. It is about how we can contribute more,” said Chaudhry.

“Night life in Winnipeg downtown has changed and we are just part of that change.”

The venue, located at 330 Kennedy St., touts inclusivity and diversity in all services it provide. From the contributing artists, to the live music, to the food, multiculturalism underlies a night out at the pub. Music from any genre or cultural origin could easily be heard from the stage on any given night.

On Jan. 9, the pub hosted a mash-up event called “1thing.” The show featured live and simultaneous performances from DJs, a B-boy dance group, and live art from an architectural designer. It is the pub’s mandate to host more art shows like this from time to time, but it’s not Chaudhry’s only plan for the space.

“From day one, our vision was to have this venue cater to multicultural events […] The major one is that we are trying to put together something for the Hispanic community. I think that is a need in Winnipeg,” Chaudhry explained.

More questions than answers in speech from the throne