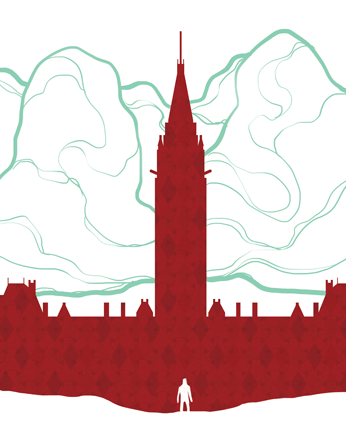 The forum garnered attention in the media – including CBC, CTV News, Global News, the Winnipeg Free Press, the Winnipeg Sun, and the Metro, among others – because of foul language used by incumbent NDP MP Pat Martin, who called Green Party candidate Don Woodstock a “son of a bitch.”

What garnered little attention was an interesting accusation by Woodstock in the lead up to Martin’s comment. Woodstock criticized Martin for not doing enough to directly help people in the riding coping with mental health issues and addiction.

Roughly halfway through the two-hour event, Woodstock asked Martin how many people with mental health issues he had helped in his 28 years working in the neighbourhood, 18 of which he had spent serving as an MP. Martin argued that in his time as an MP his staff had done a great deal to help people who came to his office, including assisting with 10,000 immigration cases.

“You’re insulting my staff who work diligently to help people that walk into my office on a regular basis,” Martin said. “They have a reputation that is second to none.”

Woodstock responded, “I said you. You have a staff that does it, see. You answered correctly. And to the staff, good on you guys. Good job. But Mr. Martin, it comes to you, the question is: how many times in the 28 years have you –” before being cut off by Martin.

It was in the middle of Woodstock’s attack that Martin mouthed his salty rebuttal. Although he wasn’t near his microphone it was clear what he had said.

While the media was quick to pounce on Martin’s language as the main story coming out of the forum – it’s an easy story to write – they didn’t really take note of the implications of Woodstock’s criticism. Woodstock’s issue seems to be that Martin has not personally dealt with people coming to his office, a point he continued to argue after the forum.

Liberal candidate Robert-Falcon Ouellette, who has been criticized by both Woodstock and Martin for trying to represent the riding while living in St. Vital, told the media that if elected he would spend seven days a week working in the riding.

During the forum, he also proposed an advocacy program for people having difficulty dealing with police after being the victim of crime, the intent being to have an advocate take information through a phone service and bring it to the local MP in order to have those issues addressed.

“It’s just a quick idea. It’s easy, it’s simple to do, and it doesn’t cost a lot of money. Just a lot of my time, but you know, I’m here for your service,” Ouellette told the crowd.

The main theme in both Woodstock and Ouellette’s statements is the idea of MP as social worker, but this isn’t what MPs are actually supposed to do. MPs are selected from across the country to ensure each area is represented in Parliament. Their primary responsibility is to work in Ottawa, writing, reviewing, and passing legislation for the country as a whole.

To ensure they have adequate outreach and are receiving feedback from the community, each MP hires staff to represent them in their constituency – dealing with members of the public and acting as a representative for them while they work in the country’s capital.

Alison Loat and Michael MacMillan, co-founders of Samara Canada, a non-profit focused on increasing civic engagement, interviewed former MPs about their experiences in their 2014 book “Tragedy in the Commons.”

In the book, Loat and MacMillan write that a common problem facing new MPs is confusion about their responsibilities after first being elected.

Loat and MacMillan noted they were “taken aback” by the variety of answers they got when asking MPs how they spent their time. They argued that the diversity of responses they received was reflective of a lack of a clear job description for MPs and a lack of direction from parties once newly elected members first appear in Ottawa.

Although there were a variety of answers, one common response from MPs was that they and their staff spent a large amount of time and took the most personal satisfaction from work as front-line service people, in which they acted as go-betweens between members of the public and the federal bureaucracy in cases where it was failing them.

It’s understandable that work in which you can see people benefiting from your intervention would be the most emotionally satisfying. And the fact that MPs can win over voters by personally advocating for them certainly doesn’t discourage the practice, but ultimately this is not meant to be the main work of an MP.

Their job is not to act as a personal ombudsman to a patchwork federal bureaucracy. Instead, it’s their responsibility to pass legislation that might improve the bureaucracy and develop a system in which those bureaucracies don’t fail the public (at least not as often).

Beyond the practical matter of how an MP’s time is spent, there’s also a larger matter of principle at play. A system in which quality of service to members of the public is dependent on who they know doesn’t correspond to the Canadian ideal of good government.

End of convoy should start conversation about racism

The aesthetics of voting