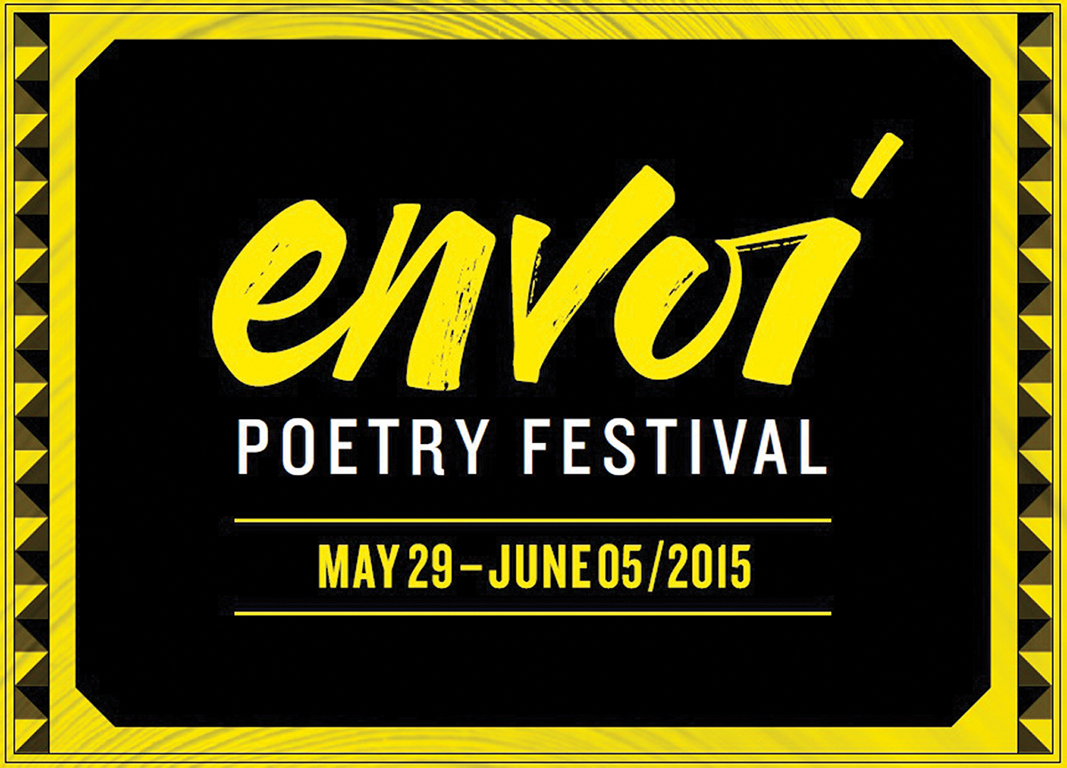 From May 29 to Jun. 5, Winnipeg welcomed the best of Western Canada’s poets and spoken-word artists to take centre stage in the first ever Envoi Poetry Festival, produced by the Envoi Literary Foundation and Envoi Publishing and Productions.

Program director and volunteer mastermind Victor Enns has been working on making the festival a reality for two years. Self-described as “not the retiring type,” Enns is also a University of Manitoba alumnus and former editor of the Manitoban.

“I’ve been a writer since probably high school. I was published for the first time in 1979, so that’s been a long time. Since then, I’ve kept in touch with the literary community across the country and I’ve been a member of the League of Canadian Poets. I was one of the founders of the Manitoba Writers’ Guild, so I have a lot of contacts,” he told the Manitoban.

“The first idea for a festival like this came to me when I was on the board of the League of Canadian Poets. They and the Writers’ Union of Canada have their meetings together in Winnipeg this year and so I thought that it would be a good time for them to see the kind of writing that was being done in Western Canada, particularly the work of Indigenous writers and Francophone writers — some writers they might not have been exposed to otherwise.”

Audiences at the festival were treated to a variety of styles, ranging from eclectic musical performances to the more popular form of spoken word.

“One of my favourite performances would have to be Rosanna [Deerchild’s] reading about her mother’s residential school experiences, with her mother in the audience. That was amazing. And then the Sunday night show at the West End [Cultural Centre], especially EMERADO’s performance of ‘Violinmaker’s Lament.’ They really brought down the house,” said Enns.

Enns hopes the diversity of events will not only challenge those who are “afraid of poetry” to appreciate the art form in a new way, but will also raise awareness surrounding the real life stories being shared by poets, particularly those of Indigenous backgrounds.

“It’s funny how none of this was planned. The festival was well underway before Rosanna Deerchild’s picture was on the cover of Maclean’s magazine or before Murray Sinclair’s work came out. It just happened to be at the same time,” he said.

“But, this is what the people in Toronto don’t get; it is probably the foremost social issue we have as Western Canadians. Yes, we have newcomers and some other [issues], but as far as dealing with major social problems in our community? Finding clean drinking water for Indigenous peoples should be right up there,” said Enns.

“There are a lot of people working to make that happen. I contribute to trying to raise people’s awareness to the poets who are telling their stories about that. That’s been a little disappointing; it’s not just the poetry I fear that’s scaring people off.”

However, despite the obstacles, Enns remains optimistic about Winnipeg’s future surrounding these social issues. With the presence of Native Communications Inc., Aboriginal Peoples Television Network, the Winnipeg Aboriginal Film Festival, and Neechi Commons in the city, among others, there are always new developments in issues surrounding Aboriginal Canadians.

“At the end of the day, I’m a preacher’s kid. My dad always said, ‘If I got through to even just one person today, that counts.’ I know throughout the week we might not have reached hundreds of thousands, but we’ve changed individuals.”

With the first festival now wrapped up, plans for the future are not concrete yet, but are still brimming with potential.

“The foundation is trying to get itself on its feet in all four provinces in Western Canada. Right now I’m exhausted, so the idea of thinking about the next one hasn’t quite crossed my mind yet,” Enns said.

“It would be possible to do something similar in Saskatoon. In Alberta, I’d be looking at doing a symposium on Alberta writing like I did in Saskatchewan and Manitoba […] I want people talking about Alberta’s writing too. I’m hoping that people in Western Canada begin to appreciate the writers, poets, critics and scholars in their midst and know how much talent there really is out here.”