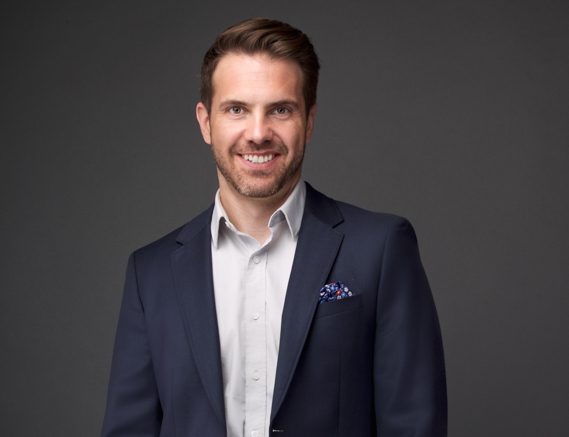 Darrin Rose will be bringing his stand-up comedy tour to Rumor’s Restaurant & Comedy Club from Jan. 31 to Feb. 4 before heading out east to perform his FUN NIGHT OUT Comedy & Variety show.

Before he became an internationally known comic by playing Bill the bartender in Canadian sitcom Mr. D, as well as hosting Match Game on the Comedy Network, Rose ran a software business. He left that to get into stand-up – a decision that has since paid off.

“It was motivated by a desperate need for attention, mostly,” said Rose. “Most standup comics start because they’re tired of being the funny guy at a party because, at a party, you have to let other people talk.”

Stand-up comedy gave Rose a medium to explore his humor and creativity and showcase his talent to an attentive room of people for a full hour, all the while getting paid for it.

Rose had initially underestimated the work required to create a standup show. After learning more about the comedic writing process, Rose honed his own craft to make his own comedy appear as effortless as he once believed it to be.

“My buddy had a TV show and I thought to myself, ‘maybe I’ll get one of those!’ and I didn’t know that that was hard,” said Rose. “I always thought standup comics were just making it up on stage, just being spontaneously hilarious. I didn’t realize they were like, writing a bit at home, and then trying it out, and then reworking it based on feedback.”

However, working on a TV show is a very different experience. On the set of Mr. D, Rose gets to work with his friends and doesn’t have to do any writing, just perform and be funny. Nevertheless, he prefers stand-up. He gets to create his own content and figure out what makes people laugh.

“With stand-up, it’s just me and my thoughts, and I share them with everyone. It’s more like a highwire act.”

Rose believes that finding your comedic voice and what makes you uniquely funny can only be done through the trial and error process of performing.

“I always tell people if they feel like they want to do it, just try it, see what happens,” Rose said. “The thing about laughter is it’s involuntary, so the audience cannot lie to you. You’re trying to force people to do something they don’t control, so it’s kind of a fun experiment to find a new way that you can, a new joke.”

Rose is currently working on his own sitcom for CBC, adapting his stand-up comedy act for television. It will feature an aspiring mediocre model living with a blue-collar family and will be based loosely on his family life. At the moment, his current television sitcom series Mr. D is in between seasons, waiting for approval for their seventh.

Turner’s troupe to bring positivity to the ‘Peg