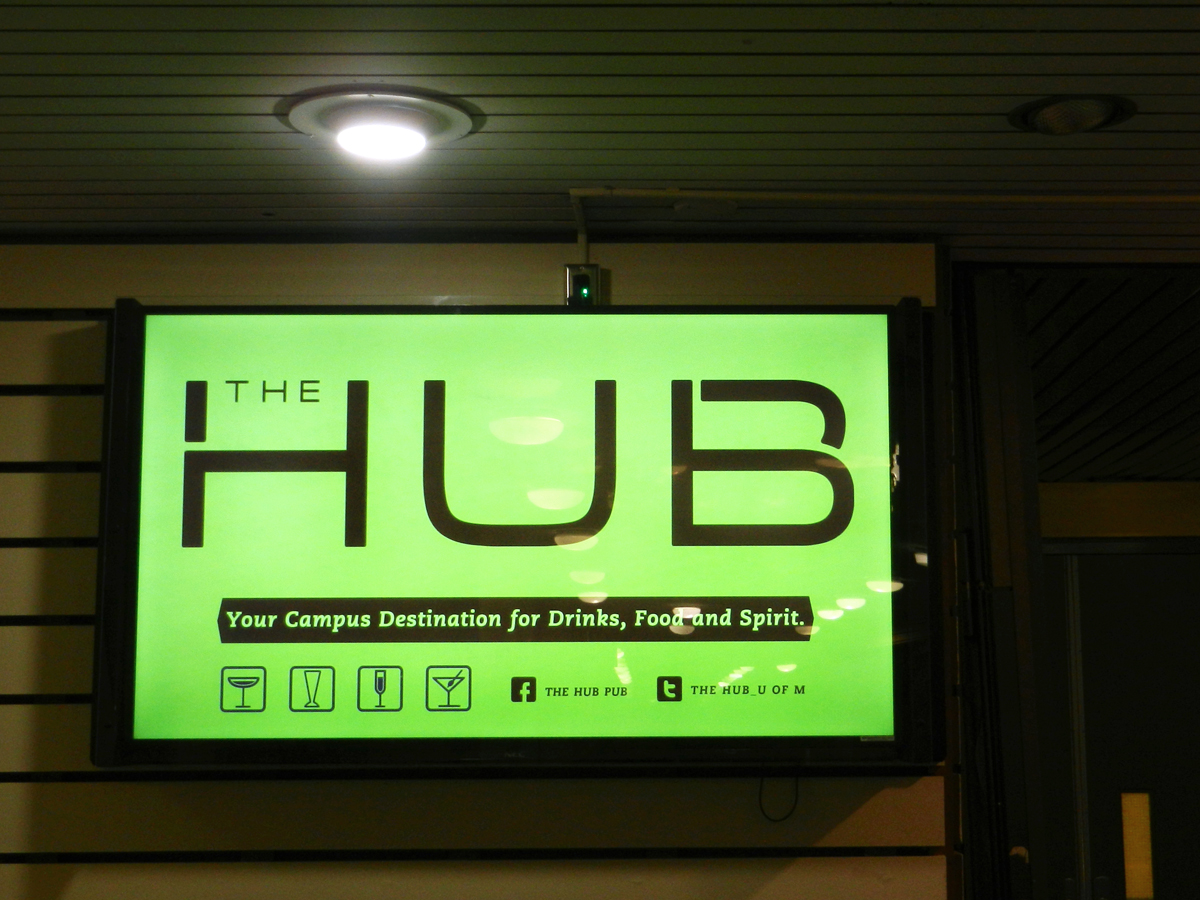 Plans to bring live music at the Hub have been revitalized in the form of Canarchy. The weekly series, kicking off on Feb. 12, will showcase a live rock band every Thursday.

For Hub Manager Brandon Whyte, the possibility of bringing live rock music back to the University of Manitoba bar was a “no-brainer.”

“One of things I really wanted to do was have live music come back to the Hub, but also for a reason.”

Inspired by American college parties and the popular AMC drama Sons of Anarchy, the weekly series will showcase a plethora of modern-day drinking trends. Whyte cited the return of “dad beers” such as Old Milwaukee and Pabst Blue Ribbon as well as “the old boilermaker” (a shot of whiskey and can of beer) as making Canarchy another great excuse to enjoy a beverage on a Thursday.

The series kicks off with local rock band the Rockabilly Saints. The band fits the mindset of Canarchy’s attitude; their bio presents the band as “born under the blood moon sky” and “raised by wolf-like parents.”

While “Canarchy” on first glance seems like a purely classic rock event, there will be a variety spanning the rock spectrum: On March 26 the soul-folk group, the JD Edwards Band will be featured and on April 9 the Kasabian-inspired band Attica Riots will take the stage at the U of M bar.

“I am trying to convince myself that not everybody under [the age of] 25 is listening to electronic dance music. There has to be some people out there that love rock ‘n’ roll,” Whyte told the Manitoban.

Brandon Whyte is the new manager of the Hub, bringing 25 years of experience to the job. Whyte is passionate about the potential that the Hub has to offer.

“I would like to see the Hub get a little bit ‘warmer’ and turn more into a pub,” said Whyte.

“I love the idea of a pub. Back in the day, it was a public house. It was something for everybody.”

Whyte was born and raised in Winnipeg and one of his first jobs was as a bus boy for Bailey’s. His experience in bars led him to running bars on Edmonton’s Whyte Avenue (no relation) as well as bars on the University of Alberta campus.

His experience includes working as a radio rock DJ on community and commercial radio stations, backed up by his larger-than-life-sounding voice. This talent allows the manager to easily run up on stage to arouse the crowd for events such as Jets games at the pub.

“Putting a mic in front of me is a pretty natural thing.”

As the Hub manager, Whyte takes pride in his ability to be a part of students’ memories at their campus bar.

“To me, it’s an instant-type Karma business where I can be a direct effect on how good of a night you have and I really like that.”

The Hub is located on the third floor of University Centre at the U of M Fort Garry campus. The pub is one of many services owned by UMSU, includinging Degrees Restaurant and Archives Used Bookstore.

As a service of UMSU, the Hub has a mandate to provide a service for all students within the union. The bar is often used to host different socials and gatherings put on by different faculty associations and clubs on campus.

“I love that idea that the Hub is going to be something different for every association, group, or faculty [ . . . ] on campus. They can make it that whatever they want for the night,” said Whyte.

The Hub offers specials for each night of the week. Monday is Comedy Night, where both old pros and up-and-comers test their jokes in front of a student demographic. On Tuesdays, the pub features karaoke and on Wednesdays, the notorious Rez Nightpresents both residence and day students at the U of M with $2 beers.

For more information regarding upcoming events and specials, visit the umsu.ca/umsu-businesses-umsumenu-9/the-hub

Heritage Classic might be just what Edmonton and Winnipeg need

Leave the tweets out of it

Idle No More symposium held at the U of M