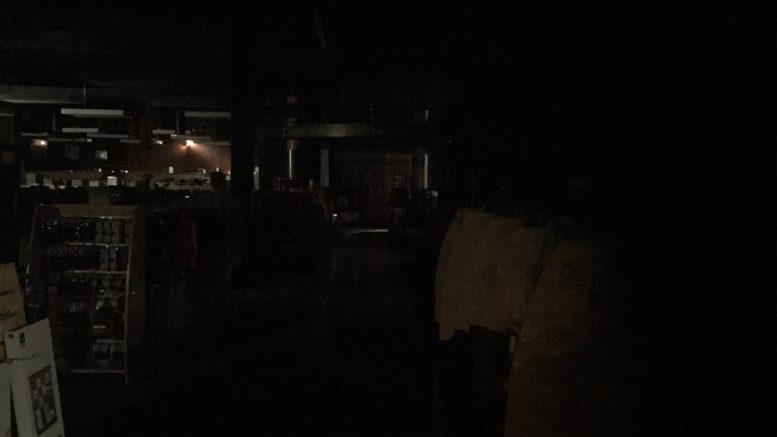 This photo of a darkened University Centre was tweeted by The U of M Bookstore twitter account at 10 a.m. Monday.

The university announced Tuesday afternoon that electricity has been restored and doors will open at 5 a.m.

A failed transformer left the entire facility without power Monday morning and it remained closed Tuesday as crews continued work to restore power.

University of Manitoba spokesperson John Danakas initially said Monday he expected power to be restored by the end of the day.

However, shortly after 5 p.m. a university release said temporary measures were not sufficient to power all levels of the building and access would be limited for a second day.

Danakas said electrical crews were working to bypass the failed transformer, with a priority on restoring power to fridges, coolers, and kitchen areas.

It is “always challenging to have something like this [happen] but the restoration of power is being conducted as promptly and safely as possible,” he said.

University Centre is home to a number of restaurants and food services, including Campo, which hosts seven outlets on the first floor.

Other facilities on the Fort Garry campus, including the attached Helen Glass Centre for Nursing, were not affected.

No more food for beer!

U of M professor to study long-term effects of vaping