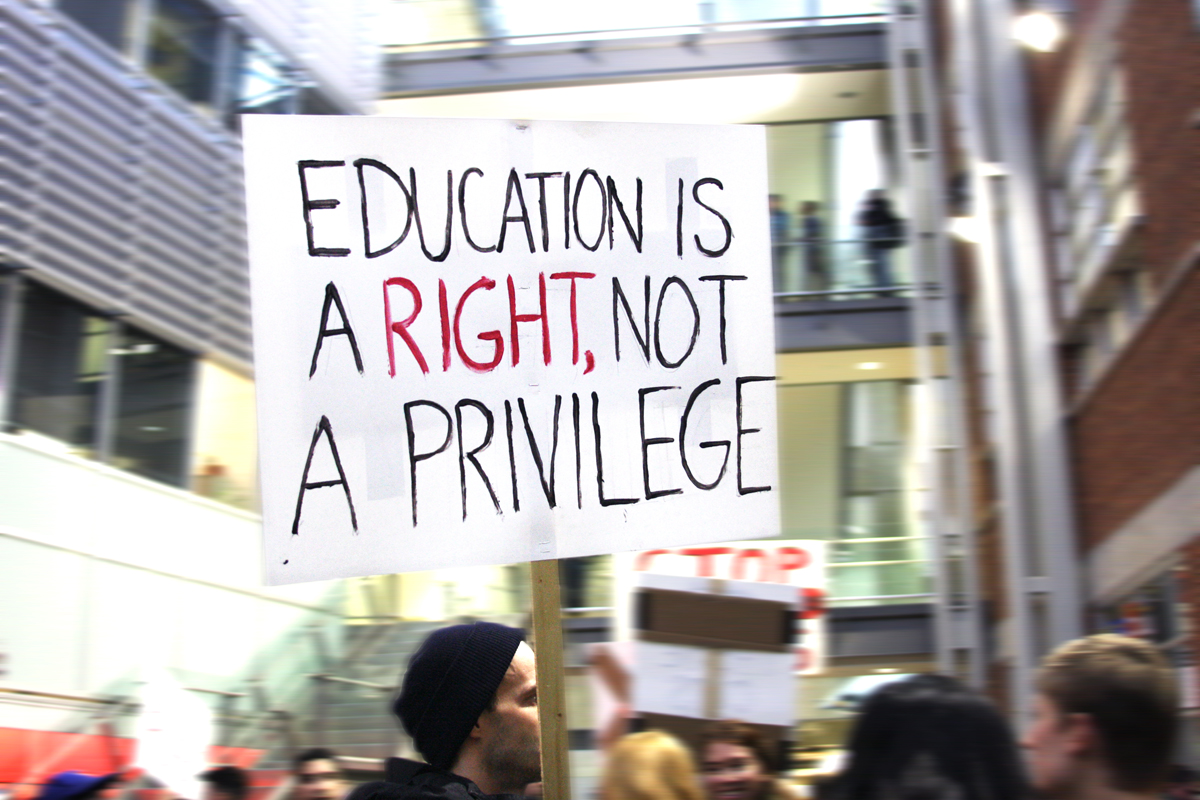 The University of Manitoba is preparing for annual budget cuts of three to four per cent over the next two academic years. While the administration claims that these cuts are necessary due to financial constraints on the university, such as unpredictable government funding and a cap on tuition hikes, a broad coalition of on-campus unions and student organizations have questioned this necessity.

“Our contention has always been that based on the evidence that we have available, the university’s financial problems could be addressed by changing the way it allocates the money that it does have,” said Thomas Kucera, president of the University of Manitoba Faculty Association.

“Every year, the university makes significant transfers from the operating budget to the capital budget, and we feel that at the moment that’s the source of any immediate problems the university may have,” Kucera said. “Simply put, they’re making the wrong decisions about how they allocate money.”

This echoes the opinion of many others involved in the Stop the Cuts coalition. Mitchell van Ineveld, deputy chairperson of the Canadian Federation of Students-Manitoba, criticized the administration’s focus on capital projects such as new buildings at the expense of core academics.

If the U of M administration announced tomorrow that they had seen the light and there would be no budget cuts, but the university otherwise stayed exactly the same, it would not be a win for anyone concerned about education or the economic position of young people today.

We would still be taking dumbed-down classes from apathetic and busy professors. We’d still have a for-profit international college operating on campus. We would still be going out into the world with fearsome debt and limited employment prospects.

The Stop the Cuts protesters are keenly aware that more is at stake here than money. This is fundamentally a matter of how higher education is defined, and by whom. As class sizes climb and teaching staff become more overworked, the university becomes less about teaching and learning and more about pushing cattle through the abattoir.

Scantron tests, iClickers, attendance policies, video courses, GPA boosters – these are all methods the higher education system uses to process students in volume without addressing them as individuals. And when you don’t address students as individuals, you cannot effect meaningful change in their character or habits of thought.

Less able students will come out of their education with the illusion of knowledge, an official document certifying their knowledge in a certain field, and none of the fundamental change they need.

Meanwhile, smart students will come out no smarter than before, or develop their knowledge on their own time while coasting through a meaningless but expensive degree. ThankGod for libraries, or nobody would learn anything on our campuses.

These watered-down educational methods may indeed be necessary to handle students in the large quantities that modern universities have to be prepared for. The alternative would be to hire an unreasonable number of faculty members – faculty salaries are a major financial constraint on the university.

But that is precisely the problem: universities should never have grown to be as big as they presently are. We don’t need nearly as many BAs and BSs as we produce, and certainly not as many MAs or PhDs. It is here that I must take issue with the protesters’ invocation of a right to education.

A right, not a privilege?

The idea of a right to primary and secondary education may have some substance – though we should keep in mind that this is a historically unique feature of our civilization; it was not always thus and may not always be thus. However, I don’t see how you can possibly make a case for an intrinsic right to post-secondary education.

Public school serves as an artificial floor on how ignorant we allow people to be. This accounts for the mediocre quality of public school education: its purpose is to ensure that certain things are learned by everyone, even and perhaps especially those who have difficulty learning or are disinclined to do so.

Post-secondary education goes beyond this, or ought to. It is not compulsory, and most post-secondary students are adults who are at least nominally intelligent and autonomous. In theory, then, it should be concerned with helping students to learn something, rather than merely preventing them from failing to learn it.

Is bacchanalia worth four years of your life and tens of thousands of dollars of your post-tax income? Knowledge is lovely, but if the knowledge is not going to give you any economic reward, isn’t it cheaper to get a library card?

When you’re faced with the possibility of crushing debt at no real benefit to your employability, it may be time to consider the virtues of autodidacticism.

The budget cuts that are slated for the next two years are indeed alarming. The whisperings I have heard about possible changes in my faculty are ominous. We should do everything we can to prevent these cuts from taking place, or to minimize the damage to the quality of education at the University of Manitoba in the event that the cuts do happen.

But the cuts are only one symptom of a widespread and much-progressed disease in higher education. Slowly but surely, the signifier is replacing the signified. Degrees are becoming the sole object of going to university, while learning is becoming an inconvenient obstacle to be expedited and circumvented as much as possible.

This is the system that is in need of reform, and I don’t know if it can be saved. What we have now is very nearly a gigantic scam, and if things continue on their present course it will one day be necessary for intelligent people to stop going to university. It may, in the long run, even be necessary for the system to die and be replaced by something better.

In the meantime, we all have to make do as best we can. So by all means stop the cuts. Just don’t stop there.

Places to hit up on campus