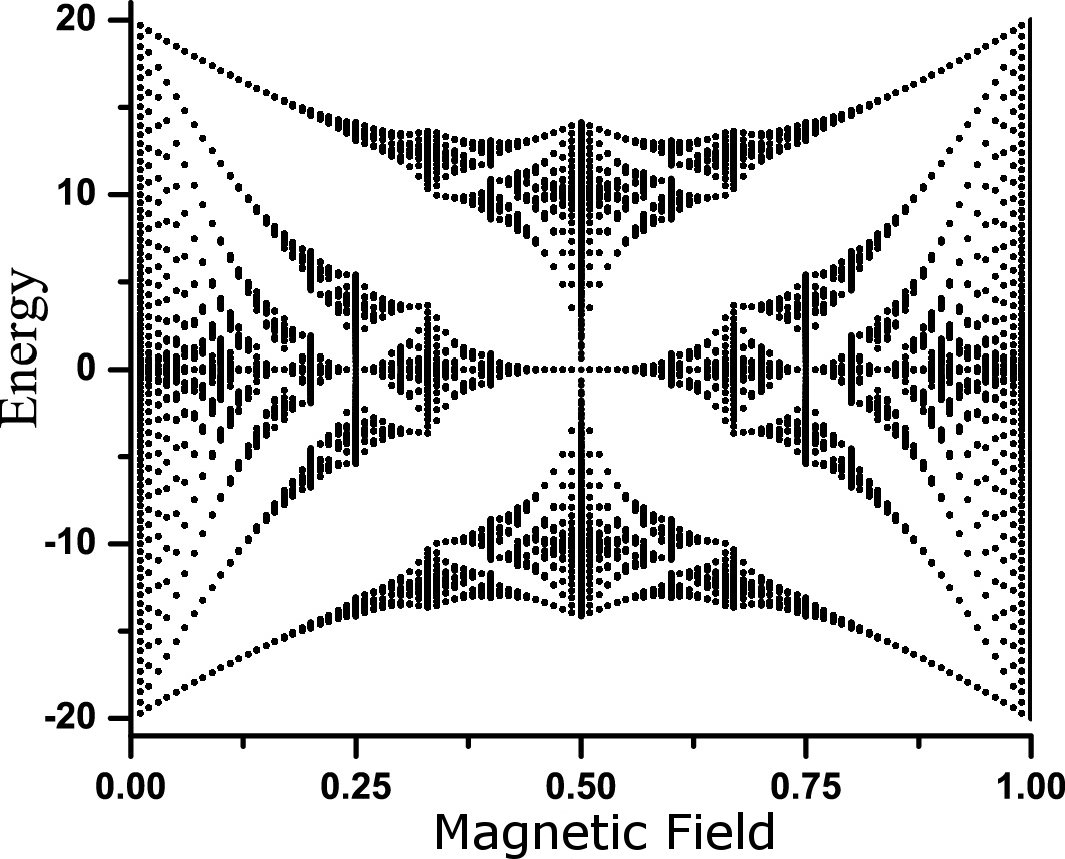 Tapash Chakraborty is a Tier-I Canada research chair in nanoscale physics, and a physics and astronomy professor at the University of Manitoba. His students are doing research into fractal butterflies – a mathematical phenomenon expected with the behaviour of electrons in periodic lattice and a magnetic field.

This phenomenon resembles the shape of butterflies, being repeated infinitely. Such a pattern is called a fractal, where the pattern is self-similar at every scale.

The term “fractal” was first coined by Benoit Mandelbrot, a polish-born mathematician, who developed the Theory of Roughness. This theory postulated that patterns in nature were self-similar, such as mountains, leaves on plants, snowflakes or galaxy clusters.

At every scale in a fractal, the pattern is the same. In the fractal butterfly phenomenon the butterfly pattern repeats infinitely and appears the same at every scale. Fractals are also visual representations of mathematical solutions.

In 1976 a formula for the fractal butterfly phenomenon was developed by Douglas Hofstadter, whose name may be familiar to fans of the Big Bang Theory. Leonard, the show’s experimental physicist, was named after Douglas’ father, Robert Hofstadter.

Shortly after developing the formula, Douglas Hofstadter left the field of physics, but the phenomenon remained unobserved for many years. Physicists tried to replicate the behaviour in artificial periodic systems, such as with semiconductors, but the experiment failed to produce a fractal result.

However, in May 2013, scientists researching graphene came upon the phenomenon after experimenting with boron nitride substrates.

Like graphene, boron nitride is a hexagonal-single-layer substance. When layered with graphene and rotated, the two layers create moiré patterns. These patterns result in larger, similar hexagonal shapes which appear periodically with the degree of rotation.

Graphene is one of the most important materials being researched today. The material is made of a single layer of carbon, which is highly conductive, 100 times the strength of steel, highly flexible, has fast-moving electrons, and may potentially change the future of electronics.

“Graphene is likely to replace silicon in electronics,” said Chakraborty, one of world’s leading researchers in graphene.

Graphene’s potential in electronics applications is so great that many large companies and governments are spending billions of dollars to research the material.

“Currently there is no simple way to isolate graphene,” Chakraborty told the Manitoban. “Only very small amounts have been produced at a time so far.”

Fractal butterflies are an interesting property to appear in graphene research. Chakraborty’s post-doc students are researching some of the characteristics of the phenomenon resulting from the graphene experiments, an exciting topic considering how recently the initial observation was made.

Some of the greatest difficulties in the production of this material include purification, avoiding imperfections in the single layer such as wrinkles, and producing it in a way that is economically and environmentally sustainable.

Studying the phenomenon of fractal butterflies may help scientists learn more about the properties of graphene, and potentially lead to insight on how to isolate it.

To learn more about graphene research at the University of Manitoba, contact professor Chakraborty at tapash.chakraborty@umanitoba.ca