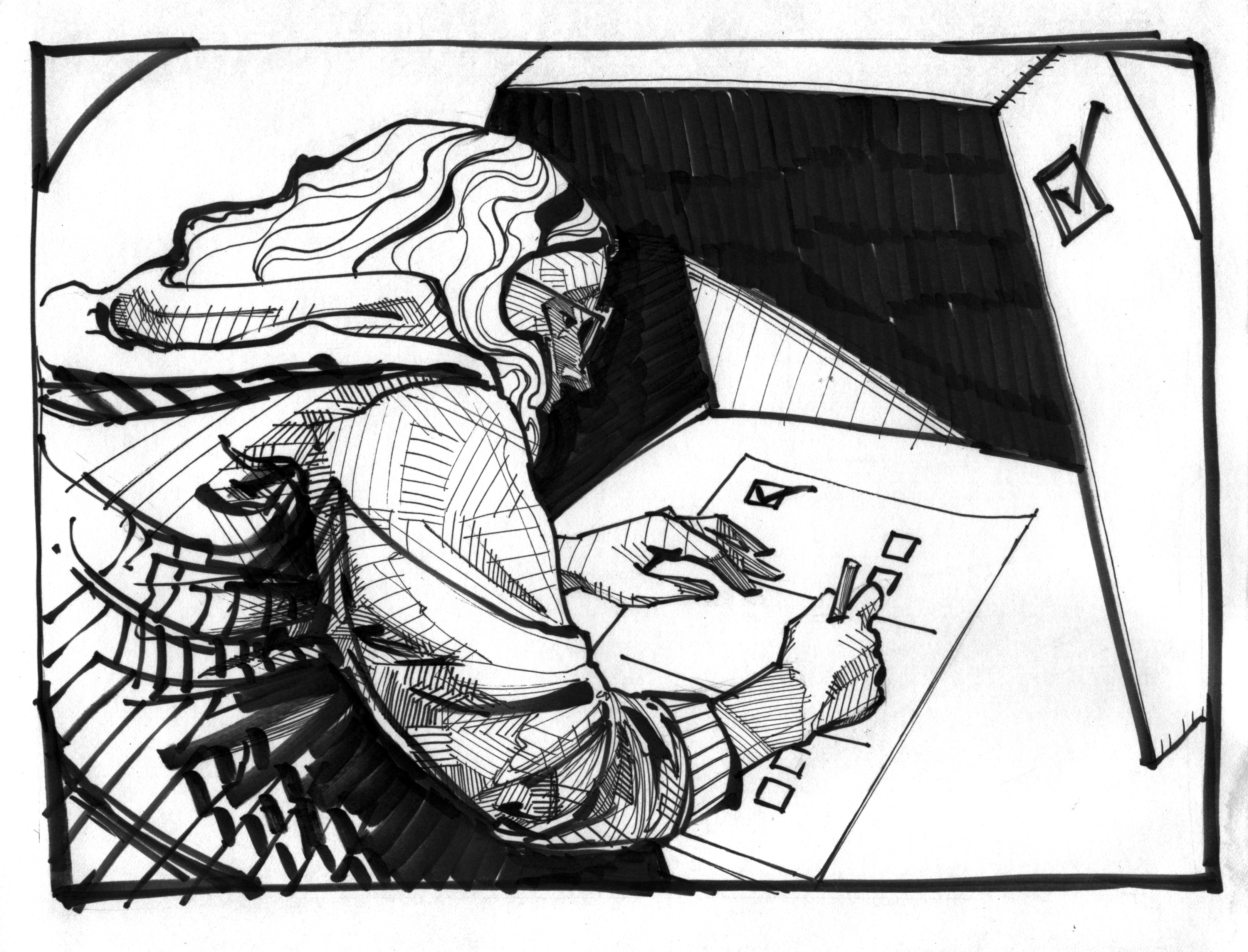 The core of their message was: “Your candidate doesn’t have a chance, so vote for our more popular candidate who somewhat represents your views to keep the really bad person from getting in.” This practice is known as strategic voting.

Of course this practice didn’t begin with this election. In a world where the left and right wings of the political spectrum are becoming more polarized all the time, it’s only natural that many people would be willing to vote for whatever candidate has the best chance of keeping the other side out of office, even if that vote might be cast for a candidate who isn’t their first choice.

I think it’s up for debate whether this phenomenon occurs because people are identifying more strongly with their political institutions or if the policy differences between the left and the right have actually become irreconcilable, but ultimately the result is the same. Some people are more concerned about keeping the “bad” candidate out of office than getting their choice candidate in.

I’ve engaged in strategic voting myself. In my first federal election I wanted to vote for the Green party. Back then all I knew was that the environment was in trouble and that the Green party wanted to legalize marijuana, and that was enough to get me passionate about voting Green.

However, I also knew that Vic Toews had a stranglehold on my riding, and that the only other candidate in my riding who had any real support was the New Democratic Party (NDP) candidate. Even at that age I knew that Toews stood for basically everything I was opposed to, so I thought I would be smart and strategically vote for the NDP.

When I viewed the election results that night and saw that Toews had won I felt cheated. Looking at those numbers, I knew somewhere in there was one vote that the NDP shouldn’t have had and one that the Green party should have. I felt like my voice hadn’t been heard – or worse, had spoken for the wrong person.

Therein lies the danger of strategic voting. Ours is a system based on representation. Even if your candidate isn’t going to get in, and even if you know that they have no chance from the beginning, don’t you want your voice to be counted for what comes closest to what you actually believe? If we consistently fortify our votes around one candidate for the left and one candidate for the right, where will that leave us?

Do we really want to risk drifting towards anything that resembles the two-party debacle that they have south of the border, where the animosity between the left and right has grown so much that their Congress is accomplishing less than ever? We would be too close for comfort to such a system at the federal level if the NDP and the Liberals were ever to merge.

I was happy to see that many in Winnipeg chose not to vote strategically in the mayoral election, as evidenced by the relatively strong showing for Ouellette. Because of this a man who started as a fringe candidate was given a mandate from the people to persevere in the field of politics, to carry forward with his vision, whereas a poor showing may have discouraged him from that path.

Not only that, but when someone like Ouellette receives the support that he did, it sends a message to the big name politicians who finished at the front of the pack. That message is that a lot of us are tired with the status quo, both from the left and the right, and if you aren’t willing to change things, maybe next time there will be enough of us to elect someone who will.

Sloths of Ohio and their hunters