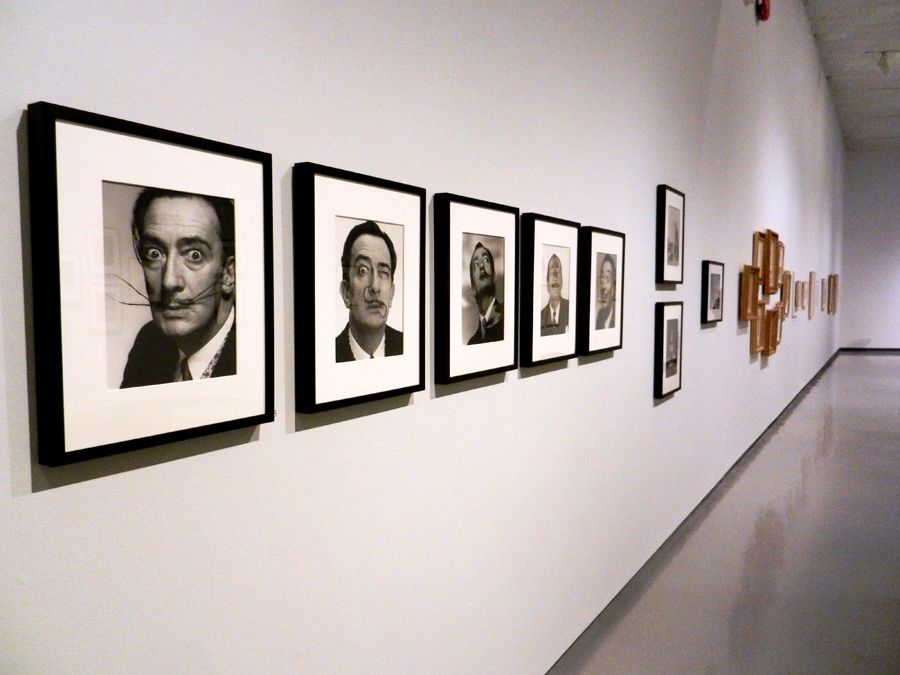 n Nov. 15, the Winnipeg Art Gallery (WAG) presented a lecture by Elliot King, an art historian and expert on surrealist artist Salvador Dalí. Part of the WAG’s ongoing exhibit, Dalí Up Close, King’s lecture focused on the last four decades of Dalí’s career, examining the time after Dalí removed himself from the surrealist movement in 1939.

Elliot King is an assistant professor of art history at the Washington and Lee University in Lexington, Virginia. Having helped curate many Dalí exhibitions over the last 10 years, King’s work on Dalíemphasizes the artist’s work post-surrealism.

“Elliot King is a young guy, but is regarded as one of these people who’s really involved in the Dalí Renaissance – looking at Dalí in new ways, especially looking at his later works,” said Dalí Up Close curator Andrew Kear to the Manitoban.

His lecture on Nov. 15, entitled “The Great Late Salvador Dalí,” gave a chronology of the life of the eccentric character, with a focus on his work past 1940.

Dalí was more than just a painter; he was multi-talented in many forms of art. Over the span of his life, he wrote several articles, three books, films, and an opera. Dalí also fabricated numerous sculptures.

Born in 1904 in Figueres, Spain, Dalí’s life was full of twists and turns. Despite his father disapproving of his art, Dalí studied at the prestigious San Fernando Academy of Fine Arts for four years. He was expelled twice. On the second occasion, he was kicked out before his final examinations after declaring publicly that his professors were incompetent compared to him.

In 1929, Dalí helped write a surrealist film entitled Un Chien Andalou (An Andalusian Dog), a film that was based around one rule: that none of the scenes connect with one another. With the film lacking a plot, Dalí was annoyed when it became a success. This propelled his career into the surrealist art scene.

Dalí’s early surrealist work was influenced heavily by psychologist Sigmund Freud’s psychoanalytic theory, in which the unconscious aspects of our minds are examined to explain behaviour. With this theme, many of Dalí’s paintings try to capture dreamscapes comprised of the repressed thoughts to which Freud alludes.

In 1939, after being a member of a group of surrealists that produced paintings based around dreamscapes, Dalí left the scene that he had helped develop.

In his later work, Dalí explored aspects of religion and classic paintings in such works as “Santiago El Grande.” Pieces such as these would define Dalí’s career after 1940.

For King, Dalí should be given more credit than being just a “crazy man with a moustache.”

“His work is very entertaining, but there’s also a lot of thought that goes behind his images,” explained King to the Manitoban.

“If you take him seriously, it opens up just another world of Dalí.”

Dalí Up Close features many pieces from Dalí’s later career, when the artist explored elements of religion and what he called “Nuclear Mysticism.” While the exhibit displays grandiose paintings such as the “Santiago El Grande,” the show also features many rare pieces that have not received much prior exposure.

One such piece is Dalí’s “A Vision of Hell.”Painted in 1962, the highly religious piece illustrates a surrealist vision seen by three children in Fatima, Portugal in 1917. Commissioned in 1960 by an anonymous patron in Texas, the painting remained hidden under a nun’s bed for decades; the piece has not been viewed in a large public exhibition until now. King commented that this was the first opportunity to behold the painting in person.

“I think when you have an exhibition of any size that can bring something new to the table and make us think a new way about an artist we may think might know, I think that’s very productive,” said King.

The WAG will present another lecture on Dalí’s work, this time from a mathematical perspective by Canadian Mennonite University professor Tim Rogalsky, on Nov. 26 at noon.

The exhibit Dalí Up Close runs until Feb. 22, 2015. For more information visit wag.ca