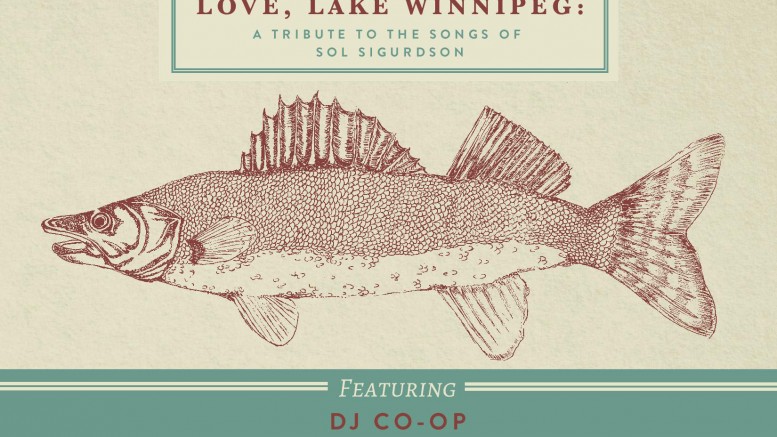 On Thursday Jan. 14, an eclectic group of local musicians are set to perform at the West End Cultural Centre (WECC) to raise funds for the Lake Winnipeg Foundation (LWF) while honouring lake-lover and Interlake folk musician Sol Sigurdson.

Each performance will include the artist’s own material in addition to a Sol Sigurdson cover. The performers  have recorded these covers for a limited-edition four-song EP, one copy of which will be given to each ticketholder for free upon entry.

LWF is an environmental non-governmental organization that focuses on restoring and protecting the health of Lake Winnipeg by implementing research, public education, stewardship, and collaboration. The member-based organization was founded in 2005 by a group of concerned citizens.

With the expertise of a Science Advisory Council comprised of respected freshwater scientists from across Canada, LWF is advocating for the Lake Winnipeg Health Plan focused on the root causes of harmful algae blooms.

“Lake Winnipeg is at the core of who we are as Manitobans: it defines our geography, drives our economy, shapes our culture and supports our biodiversity,” said LWF executive director Alexis Kanu.

The cultural impact of Lake Winnipeg on the artists is expressed through stories translated to song. According to Nolan, Sigurdson is the master craftsman of that trade.

“Locals hearing their own names and stories in song is something we have in common, and I think its part of what we’re known for.”

Sigurdson was born and raised on the west shore of Lake Winnipeg in Riverton. His father managed several fishing stations and he helped out with the family business, which was active on Lake Winnipeg for decades. His music reflects on his experiences with the lake and the community that thrived from its abundant resources.

As singer and principal songwriter of the Whisky Jacks – a fixture of local hootenannies at Interlake dance halls in the 1960s – he brought to life the stories of the people he met during his time on the lake.

“His songs reference real people, places, and events from our history. In many ways, they’re a love letter between a place and its people,” said Kanu.

Solo artist and former Weakerthans frontman John K. Samson was approached to participate in the project because his style of storytelling through music is similar to that of Sigurdson. LWF was pleased to learn that Samson is a fan of Sigurdson’s, and he joined the project as a producer with a guiding artistic vision.

“I was excited at the opportunity to collaborate with John in the first place but the idea of interpreting another artist’s song made it even more interesting,” Nolan told the Manitoban.

“[John and I] discussed and marvelled at the idea of songs that were written for small groups of people to hear.”

Stories of Lake Winnipeg bring to light an economic and cultural impact on residents both current and former that resonates to this day.

“The Interlake area and Lake Winnipeg mean a whole lot to me. I grew up in Gimli a few blocks away from the lake, spending my summers hanging out on the beaches and swimming in the water. For a small town there has always been a strong creative community, whether it is art or music, and a lot of that inspiration, for me at least, comes from living so close to such a big body of water,” said Corey Hykawy, Mise en Scene’s bassist.

Hykawy went on to explain the importance of Sigurdon’s music to the history of Lake Winnipeg and Gimli. This, Hykawy said, is due to the fishing community and the lake itself being among Sigurdson’s favoured lyrical topics, as both remain “vital parts of the Interlake’s culture and economy” to this day.

“These songs are as relevant as they have ever been with the current state of the lake, which is why this event is such a great thing,” said Hykawy.

“We all get to sing songs about Lake Winnipeg while showcasing an Interlake folk legend and raising funds for the lake that we love.”

Tickets to “Love, Lake Winnipeg” are $25 and can be purchased online at www.lakewinnipegfoundation.org or through the WECC’s box office. Doors are at 7 p.m., and the show starts at 7:30.

More than a feel-good project

A long, cold road to justice