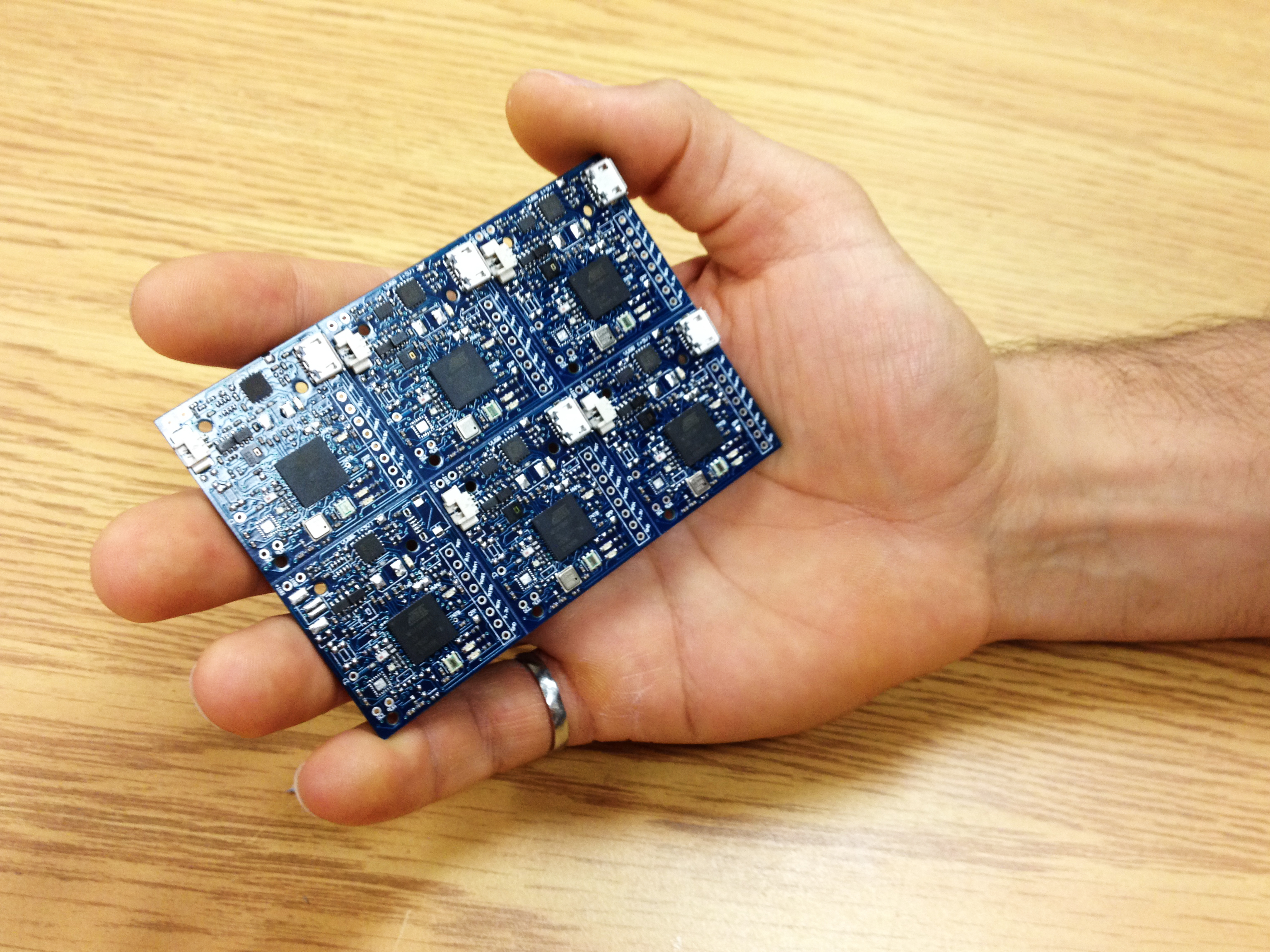 Typically, when you ask a university student what they do in their spare time, you might not expect to hear, “design next generation wireless sensor devices.”

But that’s the mantra of the University of Manitoba Space Applications and Technology Society (UMSATS).

The society has been hard at work developing ArduIMU V4, which can be broken down like this: “Ardu” refers to Arduino software, “IMU” stands for Integrated Measurement Unit, and V4 is the fourth version.

Mike Lambeta, undergraduate UMSATS member and technical lead, said “the easiest way to describe it is it’s a sensor platform.”

The ArduIMU project began in 2007 and has undergone various improvements since then.

So what upgrades have been added?

Aside from these factory settings, users have the ability to program sensors to measure just about anything.

The device is outfitted with wireless communication and can be charged by battery or solar panel.

The accompanying Arduino software is described as “open-source,” which means it’s free and can be accessed by anyone in order to learn details of how the device is built.

For example, if another engineer hobbyist were to come along and develop further upgrades, under the licensing agreement of the open-source software, they too would have to make their developments publicly accessible.

Ahmad Byagowi, team lead on the project, states, “You get it from the community; you give it back to the community.”

The team is trying to raise awareness of their project on Kickstarter.

Kickstarter is a crowd-funding program, which means assets come from anonymous, external investors who are interested in obtaining the product before it hits the market.

The team’s goal is to raise $35,000, which would cover the cost of manufacturing, assembly, and parts to make 500 platforms and break even.

Imagine the advantages of having one of these multi-sensor devices on the jersey of every starting player on the Bison football team during both games and practices.

Each player’s location would be positioned on a virtual map. It could track their routes, all the while measuring their speed, body temperature, heart rate, and blood oxygen saturation.

Knowing these vitals could aid in the development of optimal practice drills and conditioning routines customized for each individual player.

If the goal of $35,000 is reached, the team will manufacture 500 of the revamped sensor modules and distribute them to investors.

The investors receive the product at a discount price, but they must be patient while the funds are raised and the manufacturing is carried out.

For more information about ArduIMU V4 technology and how to get involved, visit tinyurl.com/arduimuv4

U of M Climbing Club pushes it to the limit!

All this machinery, making modern music