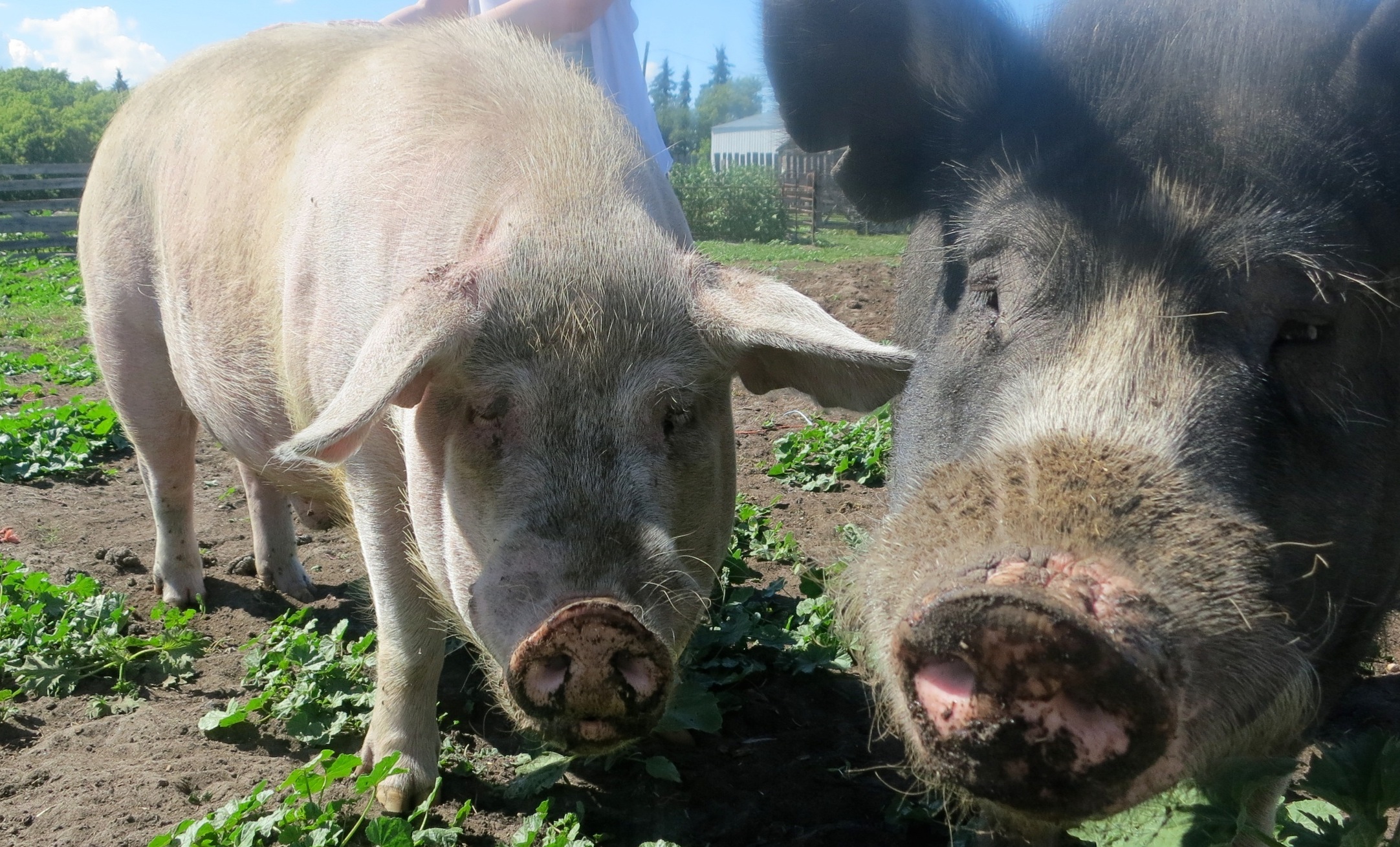 Are you interested in the improved treatment of Manitoba farm animals?

Dana Medoro, chair of the FACC, says there will be no graphic images shown at the family-friendly event held at the Park Theatre.

From holding this event, the committee hopes to achieve, according to Medoro, “Support for farmers who do not use intensive-confinement systems. Encouragement that knowledge about pigs can come from a wider framework than the one disseminated and controlled by the industrialized model.”

Paul Shapiro founded Compassion Over Killing, a group that encourages vegetarianism and works to expose and end animal abuse, and has written in newspapers and academic journals on animal welfare. He says that from speaking at the event, he hopes to “have an open and honest dialogue about raising the bar for the treatment of farm animals.”

“We all agree that striving for continuous improvement is a shared goal, so why not try to find those improvements and implement them,” says Shapiro.

While being the vice president of the Humane Society of the United States, he notes that Canada’s conditions are similar to conditions south of the border.

“Millions of pigs in each country are locked inside of gestation crates so small they can’t even turn around. Millions of egg-laying hens in each country suffer in tiny battery cages where they can’t even spread their wings. These are just two examples of where agribusiness practices have become so extreme that they’re simply out of step with mainstream values about how animals ought to be treated.”

Of factory farming, Medoro says, “People know that animals are slaughtered for food, but that is about it. Slaughter is nothing compared to a life facing one direction in a narrow cage.”

The Manitoba Pork Council’s annual general meeting last year saw U.S. lobbyist Rick Berman, who has campaigned against animal rights groups, as a keynote speaker. At the meeting, Berman encouraged the continued use of sow stalls, also known as gestation crates, which are small metal enclosures where female pigs spend most of their lives. The Manitoba Pork Council had previously announced plans to encourage “producers to phase out by 2025 the style of sow stalls currently used.”

Medoro—who participates in the Quit Stalling campaign, which attempts to ban sow stalls—says the event comes as a response to the aforementioned meeting.

Take Back Manitoba From Factory Farming will “[view] the pigs as complex mammals who should be permitted to express at least some of their natural behaviours.”

“We wanted to talk about how to make urban-rural alliances and to provide a fresh forum for thinking about food production and land use,” says Medoro.

“We want intensive-confinement systems banned by law,” Medoro adds, addressing the FACC. “Our objectives are to study industrialized animal agriculture from the point of view outside of the billion-dollar export industry.’”

Shapiro is also hopeful: “Perceptions are changing. When it comes to farm animals, where we used to see mindless machines, many people now see intelligent, social individuals who are capable of suffering and care about their lives as much as the dogs and cats who we welcome into our homes and into our families.”

“The most inhumane factory farming practices, like gestation crates and battery cages, didn’t come about overnight, and they’re not going to go away overnight,” says Shapiro. “But I’m confident that there will come a day in the foreseeable future when these abuses will be relegated to the dustbin of agricultural history. Canada and the U.S. are slowly moving toward that day already.”

Take Back Manitoba From Factory Farming starts at 7:30 p.m. at the Park Theatre. Tickets are $10 at parktheatrevideo.com or at the door. All proceeds go to the WHS’ Farm-Animal Compassion Campaign.

Get off your dumb lazy butt

Childfree: The only way to be, for me

Animals in the sack

7 Comments on "Take Back Manitoba From Factory Farming"