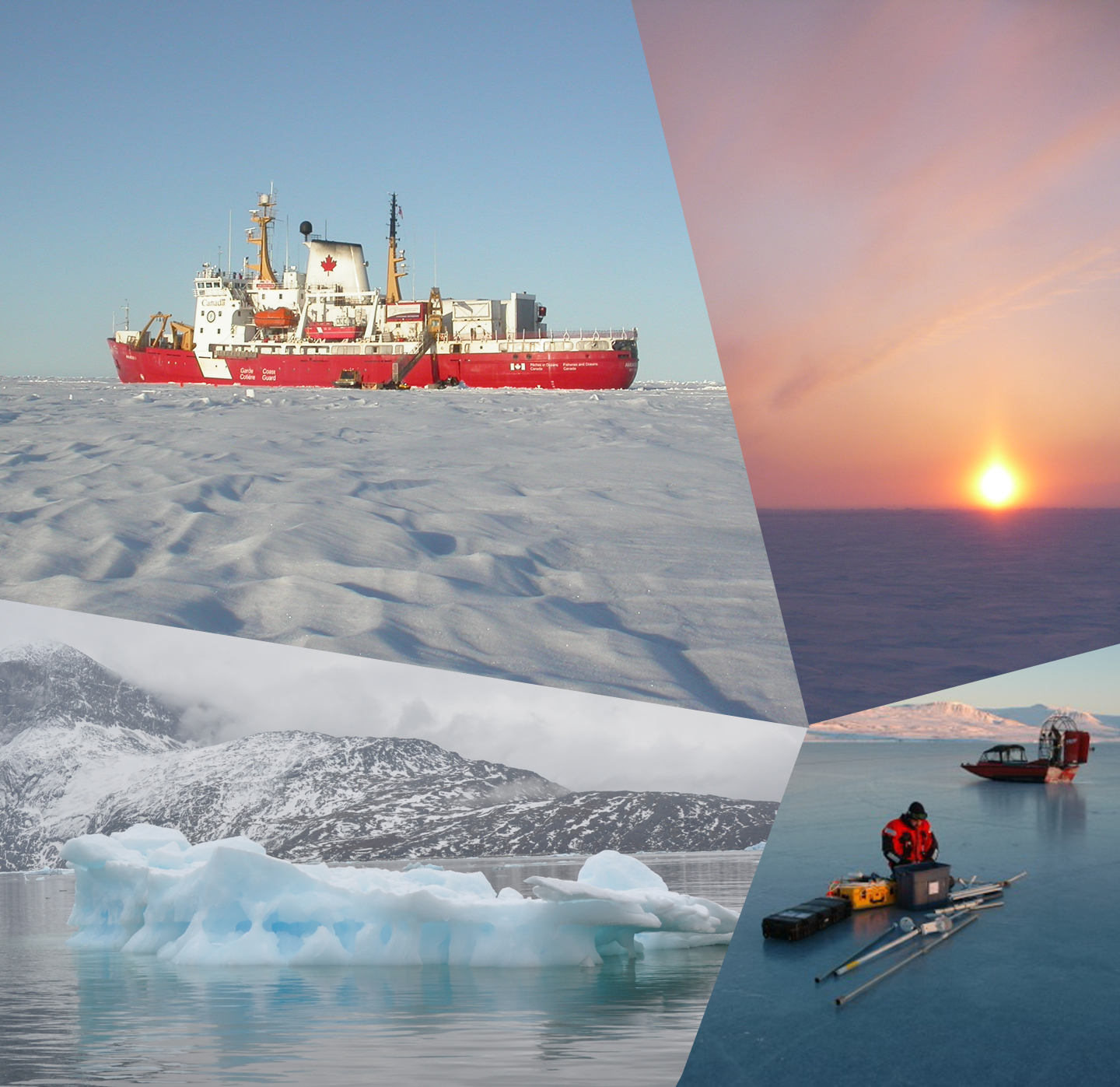 As part of the 30th annual Political Studies Students’ Conference (PSSC), on Jan. 30 a panel of scientists gave a lecture titled “Science and Climate Change” on issues facing our warming Arctic ecosystems.

Choy outlined her work collecting tissue and other biological samples from whales in the Arctic, and Giesbrecht, a professor in the faculty of Kinesiology and Recreation Management, discussed the challenges of dealing with cold climates and how to prepare people for dealing with hypothermia in the event of accidental exposure to polar waters.

Mundy’s research focuses on the primary producers—sea ice algae, brackish flora, and phytoplankton—in polar marine environments. He spoke to the crowd about how climate change and the resultant disappearance of sea ice cover in the Arctic is leading to greater variability in productivity through the food web.

“What provides most of the production at the bottom of the food web is unicellular algae. Those algae use light and nutrients from particles to produce organic matter. That organic matter transfers through the food web to zooplankton, whales, to bigger creatures [ . . . ] It’s important to know how much primary production is occurring, but also what kind of primary production is occurring,” said Mundy.

With less ice coverage present to reflect sunlight back up into the atmosphere, more of it will radiate down through the water column, resulting in more primary production – more algae. Mundy told the crowd that scientists expect an increase in primary production in the short-term as the polar marine ecosystem adjusts to greater levels of light. He also added that “a change in timing of primary production could lead to mismatch situations, allowing more temperate food webs to shift northward.”

Professor Gary stern gave a detailed overview of contaminants found leeching into the Arctic food web. “I’ve been working in the Arctic on contaminant issues for over 22 years now [ . . . ] Some of the marine mammals, the polar bears, the killer whales, have extremely high levels of contaminants in them. Things from mercury to polychlorinated biphenyls (PCBs) to lead” Stern told the audience.

Mercury is one of the most ubiquitous contaminants found in the arctic. Presently, with sea ice melting, mercury found in permafrost is being liberated into the marine biosphere. “We also release mercury when we burn coal and it makes its way up through the atmosphere and into Arctic environments,” said Stern

Methyl-mercury, a neurotoxin and one of the more worrisome culprits finding its way into marine food sources, poses a serious environmental health concern for northern communities.

Scientists such as Feiyue Wang at the U of M’s Sea-ice Environmental Research Facility have studied how pollutants like methyl-mercury transfer from the atmosphere into marine ecosystems. When sea-ice forms, “frost flowers” take shape across the surface waters. It is believed that these saline-rich structures help facilitate the transport of environmental chemicals into the arctic oceans, where it is then taken-up by primary producers like algae. The algae is consumed by the zooplankton; the zooplankton is consumed by small fishes and invertebrates, which are then consumed by larger fish and marine mammals, themselves later consumed by northerners.

Whereas our intuitions might hold that the levels of these contaminants would decrease as they make their way through the food web, the opposite is actually true: A biomagnification effect occurs; the concentrations of things like methyl-mercury increase; and the marine fish and mammals that are the dietary staples of northerners end up with harmful levels of contamination present in their fat stores. To be sure, the challenges facing people of the north cannot be neatly disentangled in four 10-minute presentations. However, for a lecture advertised as “Science and the Climate” at a political studies conference, a frank analysis of how the federal government’s policies on environmental science—its cuts to basic monitoring programs—impact the day-to-day efforts of Canada’s climate scientists was conspicuously absent.

Perhaps political interference with research was not sufficiently related to political science for this year’s PSSC.

U of M architecture students tapped for warming hut installations