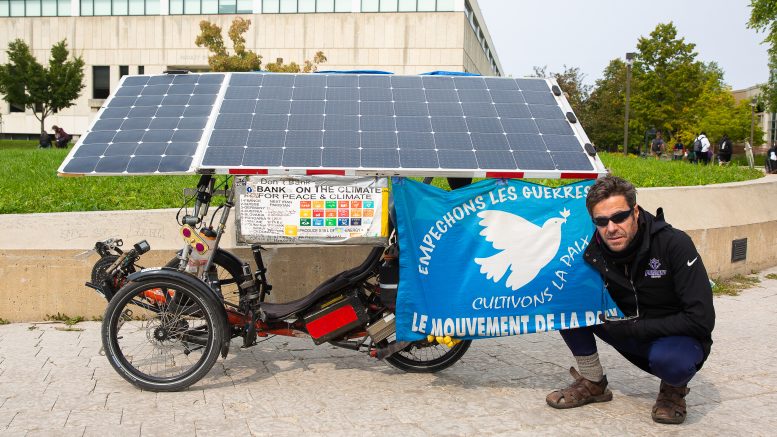 Biodiversity — the variation of life on earth at all its levels — is fundamental to a healthy ecosystem and continued life on our planet.

However, climate change has posed a threat to biodiversity, leading to its decline at an unprecedented rate and directly altering our environment and wildlife.

Around one million plant and animal species are currently at risk of extinction across the globe, and one- third of the Earth’s animal and plant species are projected to become extinct by 2050 as a consequence of global warming.

Warmer sea surface temperatures and temperature spikes have made marine species particularly vulnerable. Over the past decade, the rate of sea level rise has accelerated to 3.9 millimetres per year — which has led to increased rates of flooding, shoreline erosion and loss of coastal habitats.

As climate change and loss of biodiversity are inseparably connected, international organizations and governments have begun to address and prioritize the conservation of biodiversity.

French activist David Ligouy is an avid advocate of the SDGs, and a member of the non-profit organization Le Mouvement de la Paix. The organization has roots originating from the aftermath of the Second World War.

Ligouy was welcomed at the University of Manitoba Fort Garry campus this past Wednesday, coming from Portage la Prairie on his solar-panel-powered bicycle. He said that he has travelled for the past four years, and visited 27 countries so far.

“I am doing the promotion of a project for electromobility, micro-electromobility for vulnerable people from developing countries, especially Mexico,” Ligouy said, going on to say that the bike is also accessible “for handicapped people.”

By cycling on his solar-powered bike, Ligouy is actively following some of the SDGs, including the 12th goal — which aims to ensure responsible and sustainable production and consumption patterns.

“This bike is active mobility, it’s good for my physical and mental health,” he added.

Ligouy’s master’s degree specializes in green energies for developing countries, and his current project “Bank on the Climate” is raising awareness regarding the effects of climate change on the environment.

He said that the project is urging governments to invest in the peaceful transition to fossil-fuel-free energy. His vision is to promote a green, energy-efficient mode of transportation for a future without fossil fuels.

“Just the 15th of August, U.S.A. has voted for the climate bill.” Ligouy said. “They are going to reduce by 43 per cent their greenhouse gas, that’s big news. That’s called Paris agreement.”

Ligouy’s current cycling route heads east to Montreal — over 1800 kilometres away — where he will be attending the United Nations Biodiversity Conference in early December, also known as the 15th Conference of the Parties (COP15). COP15 is an international conference where governments from multiple countries will meet to develop new goals and an action plan focused on the protection of nature and biodiversity.

“It’s really life or death, really we have to make it work,” Ligouy said.

“We are running out of time, and we have to find simple, cheap, fast-growing solutions.”

“Electrical production has to be clean, and we have to look for efficient ways to do it,” he said.

“For the moment, biodiversity is even more important.”

More information on David Ligouy’s project and fundraising efforts can be found at www.bankontheclimate.com.