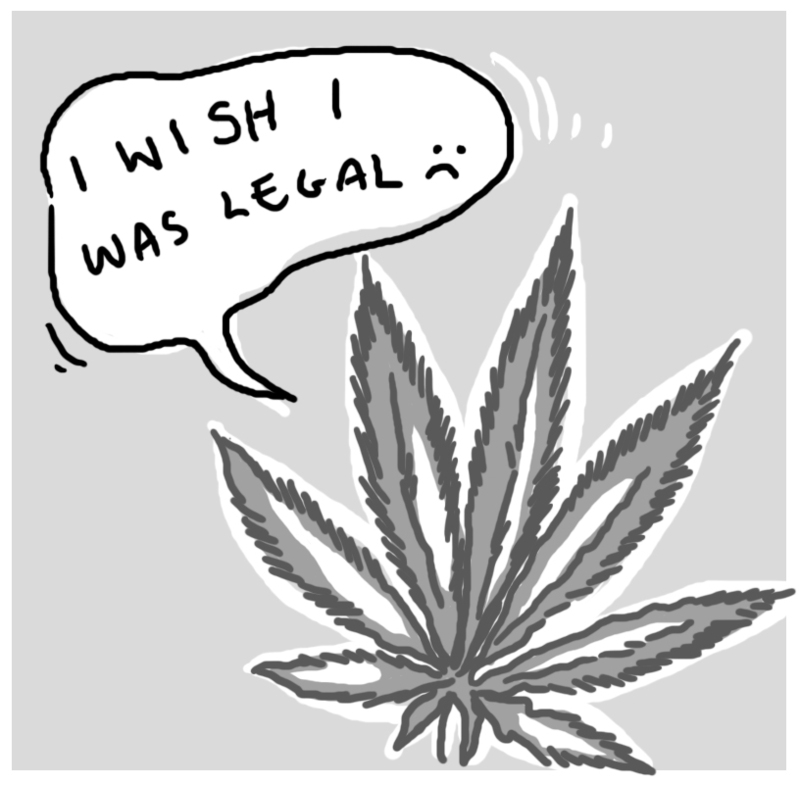 Sorry, head shop owners and outraged head shoppers, but we deserve absolutely zero sympathy. Sure, what’s happening to our local pipe peddlers is a bummer, but the police and the City aren’t at fault here. The blame here falls directly upon our relaxed little shoulders.

Marijuana has been illegal for a long time now, and the vast majority of pot smokers have done absolutely zero to change that. In the eyes of society, we are, at best, degenerates, losers, persona non grata. At worst, we are criminals. Seriously, there are people who think that we deserve to be thrown in jail for those blunts. In fact, a shockingly large amount of people think that behind bars is just where we belong.

And I get it, why bother trying to change anything? Who cares about reforming drug laws when getting high is a phone call away? Why bother researching politics and supporting a politician who believes in a more progressive approach to how our society handles narcotics when weed is delivered right to your door?

In fact, why bother voting at all? What really needs to change?

Well, you are witnessing right now what did, and still does, need to change. The law has been looking the other way when it comes to marijuana in recent history, but it has always had the option to swivel its head back around and snap like a striking serpent.

A crackdown has always been a tool in the authority’s hands, and it was only left in those hands because of our complacency. We just trusted that the people with authority would always let us have our fun. We trusted authority. Did our hippy parents teach us nothing? And now that some of our favorite head shops are getting hassled by the man, we think we have the right to get indignant?

Sure, we’re all great at spitting out the same old tired factoids when we’re with our pot-smoking friends. Weed is less socially and physically harmful than alcohol, and has medicinal benefits for chemotherapy patients, those suffering from glaucoma, and eating disorders. Sitting around and talking about this stuff with people who already agree with you does absolutely nothing. Neither does just “liking” something on Facebook or signing some impotent Internet petition.

No, if you really care about this issue—and you should because it affects us socially, morally, and economically—then you need to step up your game like you should have been doing all along. Write to your newspapers. Write to your local politicians. Vote for the right politicians. Raise your voice to the world and prove to them that you aren’t lazy, you aren’t a loser, and you sure as hell aren’t a goddamn criminal.

Because just saving the head shops shouldn’t be what this is all about. This should be about changing people’s fundamental view of marijuana and the people who use it. This should be about a total overhaul to the narcotic arm of our justice system. We shouldn’t just save some head shops and go back to the status quo, because that still leaves those same powers in the authority’s hands. The law still would not be on our side, and could be turned against us at a moment’s notice.

The man has come a-knocking at our door, and if we can’t muster the strength to shut that door in his face hard enough to knock him flat on his ass this time, then we deserve everything we get. We have everything on our side to change the law: sense, science, morality, and numbers.

But if we can’t scrounge up the will, then criminals we will remain. And then when the man comes a-knocking again, you will find that criminals have very few rights to fight with.

Let’s go back to basics

The war on drugs

No more drinks for me

4 Comments on "Marijuana users must stand up and be heard"