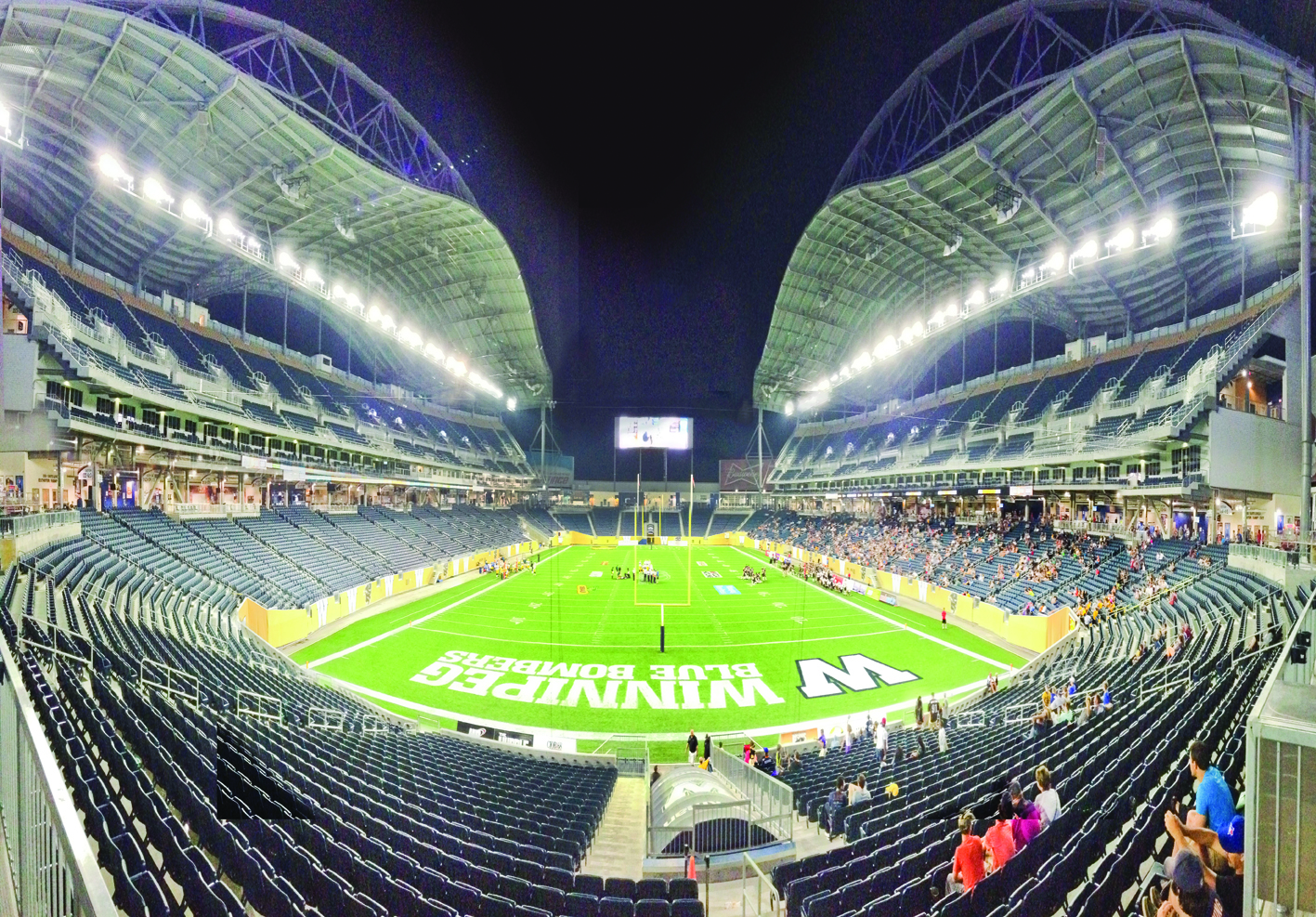 This past year was full of challenges for Winnipeg sports teams. The Bombers and Goldeyes failed to make the playoffs and the Jets have continued to struggle. Despite the shortcomings, there are still many bright spots to look forward to as we head into 2014. Here are a few things I have learned about each team, and what to expect in 2014.

The Winnipeg Goldeyes entered 2013 coming off their first championship since 1994. The season got off to a strong start, starting 8-0 on the road. It was the dog days of the mid-season that cost them a playoff spot, as the Goldeyes fell to as much as 12 games under .500. Despite a strong finish and a 56-44 record, the Goldeyes failed to make the post-season.

The team will return three key players in 2014, including two-time MVP Josh Mazzola. He had another productive season in 2013, with 16 home runs and 64 RBI. Reliever Brendan Lafferty went 5-2, and set a Goldeyes record by appearing in 53 games out of the bullpen. Infielder Amos Ramon will also be back for a third season. He registered eight home runs and 52 RBI last season.

If the Goldeyes can add some quality young players to match the veterans they have at almost every position, they should be in good shape to improve on a season that ended with a winning record and tons of optimism.

The Winnipeg Jets seem to be continuing in a never-ending circle of mediocrity. The team has managed just three wins in a row so far this season, a clear indication of the lacking consistency. Injuries had an effect on the team in 2013, as only seven players have played in every game so far this season. The defence have struggled the most: Grant Clitsome and Paul Postma are both on the injured reserve, Jacob Trouba incurred a scary neck injury, and Zach Bogosian, who has been the defensive dynamo for the team, also lost a significant chunk of ice time.

Another cause for concern is their lack of depth at forward. Andrew Ladd, Blake Wheeler, and Bryan Little—who make up the first line—are three of the top four scorers. In the face of these failures, there are a few pleasant surprises on the team this season.

After scoring just 14 points in the lockout-shortened season a year ago, Olli Jokinen has stepped up his game, tallying 26 points, including 10 goals, so far this season. The future also looks bright for the Jets, as centre Mark Scheifele and defenceman Jacob Trouba have added energy and productivity to the team. Scheifele is eighth in rookie scoring with 20 points, and Jacob Trouba has shown flashes of brilliance. Al Montoya has also been strong in net, proving his abilities with an 8-3-1 record, and a 2.02 goals against average.

Things aren’t looking too good for the Jets heading into the New Year; with a 19-20-5 record, Winnipeg sits in second last place in the tough Central Division. Even with another disappointing start, there are pieces in place to improve in the years to come.

Coming off an abysmal 3-15 record, it appears there is nowhere to go but up for the Blue Bombers. The firings of general manager Joe Mack and president Garth Buchko were the first steps in the right direction for a team that had their worst record since 1998.

Wade Miller, who was appointed as acting CEO, is the right decision for the team. He has CFL experience and a connection to the team having played 11 years as fullback for the Bombers. He also has a business history, as co-founder and CEO of Pinnacle, the largest recruitment firm in Manitoba.

Miller took a step in the right direction when he promoted assistant general manager Kyle Walters to the full GM position. Walters has knowledge of the team and league already, having worked with Mack. He also won a Grey Cup when he played for the Tiger-Cats in 1999.

Walters has already made quite a few quality decisions, including hiring Danny McManus and Ted Goveia as assistant general managers who will also assist  with scouting. The hiring of Mike O’Shea as head coach is also a positive move for the club.

O’Shea has over 20 years of CFL experience as both a player and coach, and has won four Grey Cups. He has plenty of experience on the defensive side of the ball, where he played linebacker. He is also a strong special teams guru, helping to turn Chad Owens into one of the best returners in the game in Toronto.

With a young receiving group remaining mainly intact, as well as a veteran front four, the Blue Bombers have some key pieces on both sides of the ball. It is important to keep the offensive line healthy, and snag a young quarterback like Zach Collaros. He proved his worth on the Toronto team that had O’Shea as their special teams co-ordinator. If Winnipeg can do that, they may be looking at one of the greatest turnarounds in CFL history.