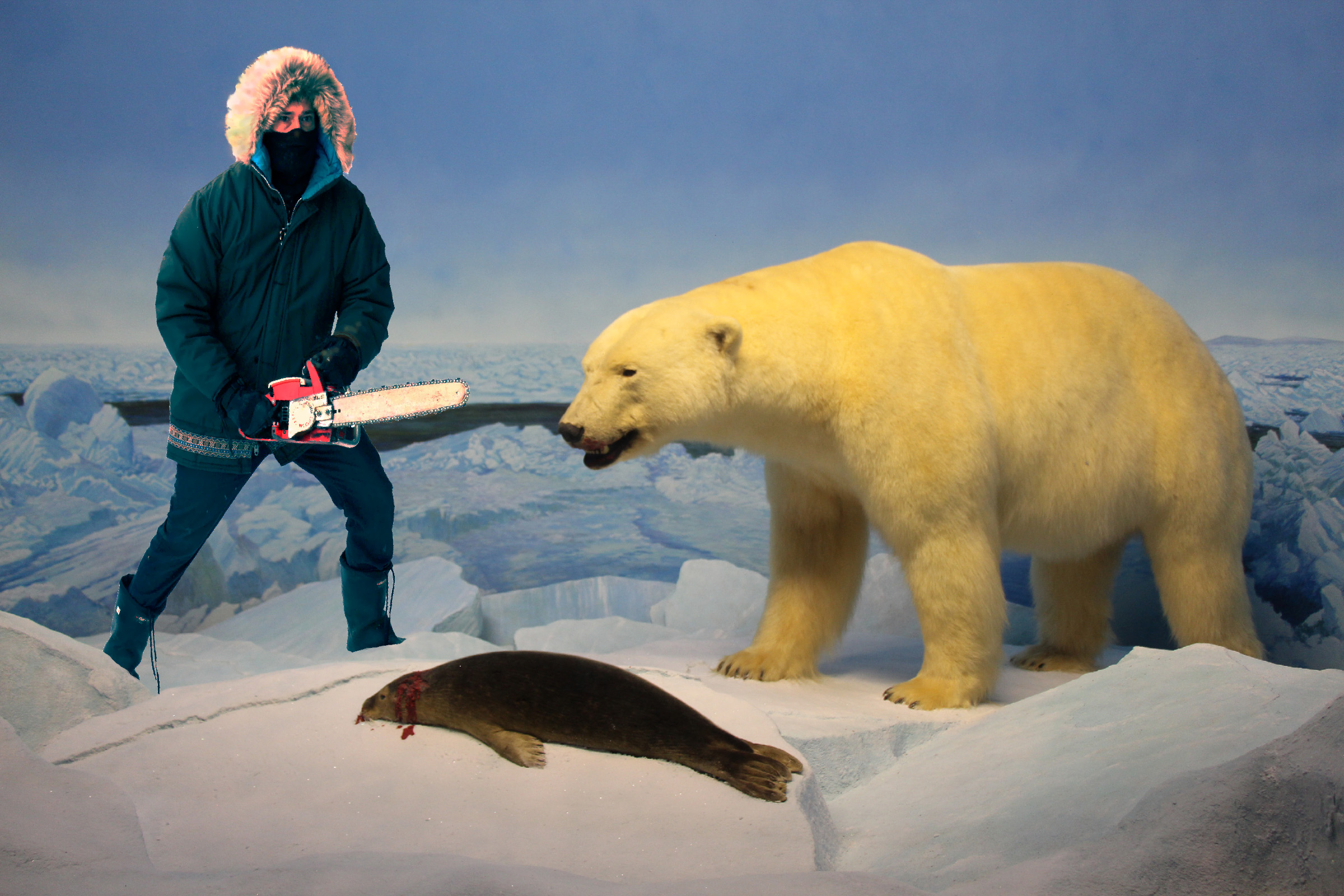 Eight months before the grand opening of the controversial Canadian Museum for Human Rights (CMHR), a small and heroic venture in Winnipeg’s Chinatown presents an exhibition addressing the difficulties in such an endeavour.

The place is Zsa Zsa West, run by Andrew Harwood, a student at the University of Manitoba completing a master’s degree in fine arts. It is in the location of the former gallery known as Golden City Fine Art on Pacific Avenue. The event showcases the work of Winkler-born artist Paul Zacharias in an exhibition called Study for the Canadian Museum of Human Wrongs.

Harwood explained in an interview with the Manitoban that Zsa Zsa West is not a gallery or a studio.

“It’s somewhere between an artist-run centre and a private art gallery. This confuses Manitobans.”

Harwood is proud of the grit and imperfection there. “I have no interest in becoming a publicly-funded gallery. Maybe I’m just a Liberal or something terrible like that. I’ve done all of the public stuff, and it’s valuable for still emerging artists who still can’t be commercial, but it limits what you can do.”

Zacharias echoes this sentiment, explaining shows that couldn’t be done at publicly-funded venues are possible at Zsa Zsa.

“There’s a line in my intro where I say we think we’re the tough luck cousins of the jewelled empires of the U.K. and the U.S.A., but really we’re more empire enablers. You couldn’t say some things I do with these works at a publicly-funded show. At Andrew’s you can be more controversial.”

An eerie video trailer for the exhibition combines imagery reminiscent of Buffalo Bill’s hair-raising lair in the film version of The Silence of the Lambs, alongside the music of Spaghetti Western favourite Ennio Morricone, which begins with powerful chanting that evokes indigenous percussion and vocal music, and German electronic artist Pole.

Also in the trailer, we see an eternally burning book. Hands craft objects of slavery and violence: a severed human foot caught in a fur trap. Hands hold a chainsaw in the frozen wasteland, followed by the sound of the machine revving up and blood curling down the drain of a sink.

Zacharias is known for his paintings on canvases of wood, and he plans to perhaps include paintings in the show, but the exhibition as an installation—in this case, a museum—is a new move for him.

“I work a lot in film as a scenic artist,” says Zacharias. “We do quite a bit of both sculpture and painting, painting in the three-dimensional aspect – that’s kind of where some of the techniques for this show have come out.”

Much debate has occurred around the issue of whether the CMHR should be more celebratory or mournful, whether it should focus on successes of human rights or travesties. Zacharias has no reserves about showcasing the horrid side of Canadian history.

“It’s still a look at the ugly Canadians. The part of us that we don’t like to talk about.”

There is a hint of playful humour in the show. The CMHR is embroiled in so much serious controversy that debates over what to present continue to occur, and there is concern over what is the right way to promote the museum.

Zacharias says he had more freedom because he wasn’t funded, which limited the amount of work he could put into the show, but he could try new and difficult things because he was not focused on selling works.

In creating the idea of a museum of human wrongs, there is no proper way to address suffering.

The artist does not purport to correct any style of presentation expected from the CMHR. Study is a dark and frightening vision, coupled with a bit of cheekiness.

2 Comments on "The opposite of Canada’s newest national museum?"