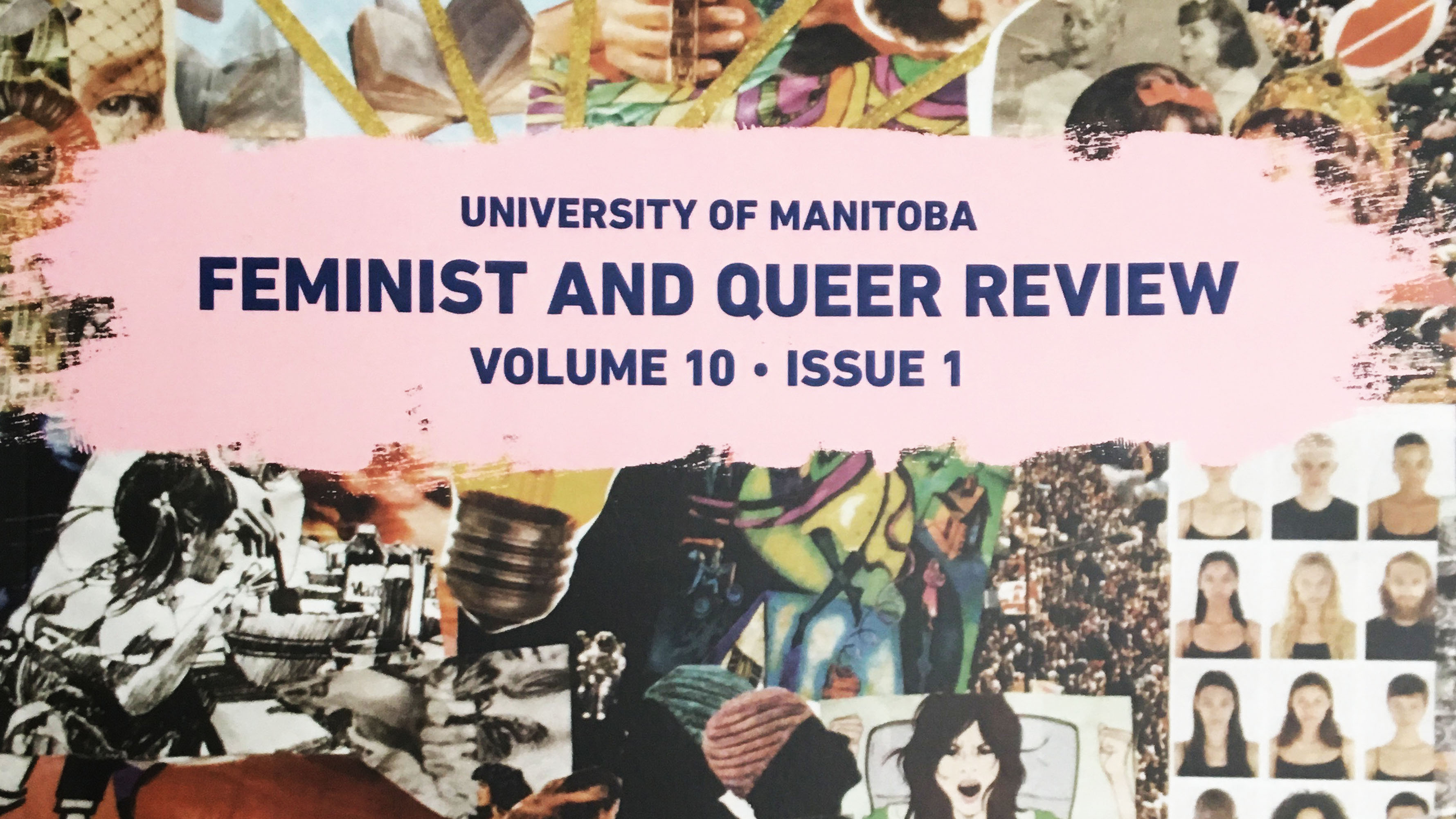 The Feminist and Queer Review (FAQ) launched its 10th anniversary issue Friday evening with an intimate gathering in ArtLab.

Each year the FAQ is put together by a feminist and queer collective, which aims to increase awareness of feminist and queer voices, opinions and experiences and to “counter misconceptions surrounding women’s and gender studies.”

The annual publication, which is produced by the U of M women’s and gender studies program, features written and visual work from students in various faculties. FAQ also gives undergraduate students the opportunity to have their work published.

Adriana King, a member of the collective and FAQ editorial board, said having work featured allows students to be cited and to prepare for life and grad school.

“It’s a rare opportunity to be published as an undergraduate student,” she said.

“It’s a really exciting opportunity for us and the collective to be on an editorial for preparation for grad school.”

The group works in a non-hierarchical way and all decisions are unanimous. King said this process, which is based in feminist philosophies, worked well when publishing this issue, and the group faced few problems in the editorial process.

Editions of FAQ are available at no cost, thanks to support from the Margaret Laurence Endowment Fund, a fund distributed between women’s and gender studies programs at the U of M, U of W and Brandon University.

Shawna Ferris, head of the women’s and gender studies program and advisor to the collective, said she has noticed momentum building behind the publication.

“This is the first year that the dean of arts and the associate dean of research have actually showed up to our event,” Ferris said.

“We’ve invited them every year.”

The women’s and gender studies program still does not have departmental status, Ferris noted, despite having more students than other programs in the faculty.

“I actually think it’s because women’s and gender studies and feminist inquiry in the context of the university is a relatively new thing,” Ferris said.

“Whereas English literature departments, philosophy departments have existed since like the beginning of the university in a western context, women’s and gender studies is about 40 to 60 years old, so it’s still sort of taking hold in a lot of places.”

Though FAQ is being recognized within the university after 10 years, the publication is still running into barriers.

The first printing company the collective approached refused to print the issue because of its content, said Ferris.

Another printer was found, but only received the copies of the issue hours before the launch.

“I think the program-department thing is a good example of how feminist work can get sidelined and forgotten,” Ferris said.

“One of the printing companies that was approached to print it refused to print our book,“ she said.
“That was this year and it happened the first year too.”
Despite these challenges, FAQ is growing. Each year more copies are published.

“I see them carried around more on campus, and it’s a way for our students to think beyond the audience of one, which is a feminist thing to do,” Ferris said.